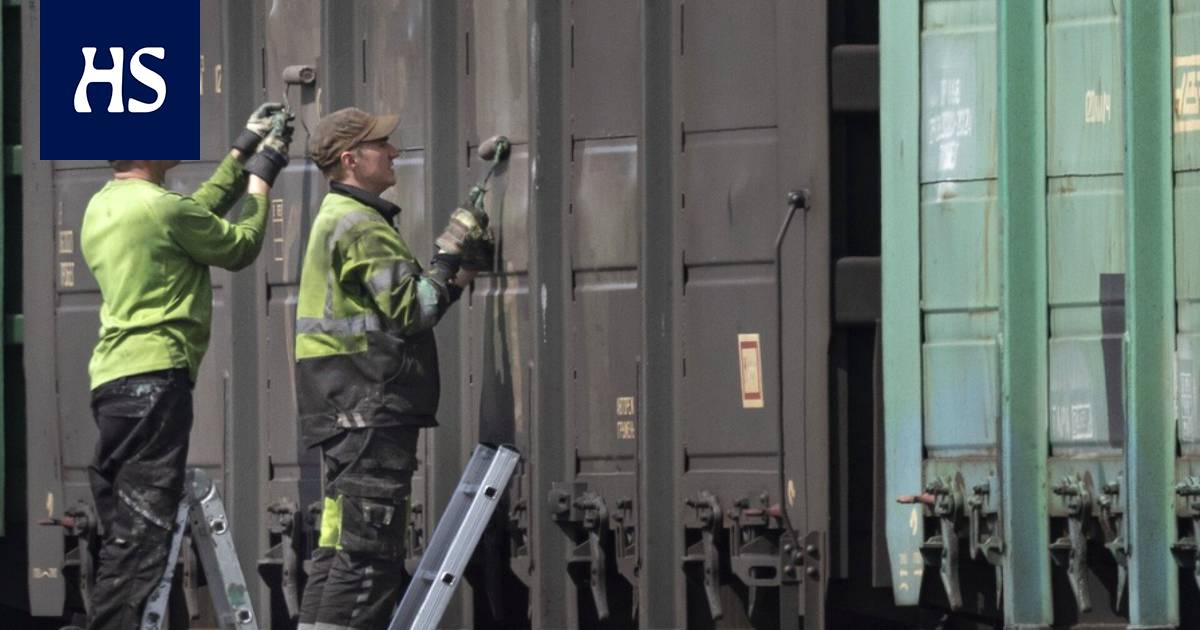 The value of freight wagons is twenty million euros. In Kokkola, iron ore worth EUR 40 million has been frozen.

Execution facility has frozen a large number of Russian train freight wagons across the Finnish rail network during the spring. According to a report by Helsingin Sanomat, there are more than a thousand train wagons subject to sanctions and they are stored in secret places on sidings and yards.

“We do not want trains to be subjected to vandalism, for example, and unauthorized people to start moving in railway yards, which would lead to dangerous situations,” says VR Transpoint’s commercial director. Eljas Koistinen.

There are so many train carriages that on the tracks they form a train of about 20 kilometers in a row. The longest freight trains in circulation in Finland have been about a kilometer long.

“However, less than ten percent of the freight wagons on the Finnish rail network are frozen,” says Koistinen.

Major a single wagon seizure decision concerns 177 wagons with freight seized in April. It is not clear from the confiscation order what the name of the sanctioned person is.

Frozen the value of wagons is calculated in millions, even a couple of tens of millions of euros. For example, the production price of one raw timber wagon in Russia is in the order of EUR 50,000, so the new purchase value of frozen wagons would be EUR 50 million.

However, the carriages are of different ages and in good condition. According to VR’s Eljas Koistinen, to the best of his knowledge, there is no cargo in the wagons that would cause safety problems.

“If the downtime of the cargo is extended and risks are identified,” Koistinen says.

There are more than a thousand frozen Russian wagons seized on Finnish sidings and yards. Picture: Juha Metso

Out large and valuable batches of raw materials are also under control. Their administration has employed the bailiff at an accelerating pace.

For example, the 1,286 tonnes of acetic acid in the Kotka company’s stock have been listed in the foreclosure decision as worth EUR 1.4 million.

About 248 tonnes of butyl acetate, on the other hand, is estimated to cost EUR 249,000. Acetic acid is one of the most important raw materials in the chemical industry. Butyl acetate is a solvent.

Kokkolan Approximately 261,000 tonnes of iron ore pellets imported to Finland by a Russian mining and metallurgical company are stored in the port area. The value of iron ore is EUR 150–170 per tonne, ie a total of EUR 39–44 million of iron ore when frozen.

This is probably the most valuable single item of goods frozen so far.

Russian iron ore pellets photographed in November 2021. The pellets in the picture are not from a seized cargo in Kokkola. Picture: Bloomberg / Getty Images

Iron ore pellets used to make pig iron in a blast furnace. The raw material, on the other hand, is processed into steel.

See also  Hockey HIFK's CEO Jukka Valtanen on the extension of restrictions: "Everyone understands that this is drastic"

The products stored in Kokkola were on their way to the world, not for use by the Finnish steel industry, the Steel Structure Association reports. For example, the ore used by the listed company SSAB in Finland mainly comes from Sweden, and their production is not affected by the ban on imports of Russian ore.

The European Union imposed an import ban on all iron and steel products from Russia and Belarus in March, and this Kokkola product is covered.

To the valuable the frozen individual properties also include the property of the sanctioned Rotenberg family. Enforcement authorities have assessed Boris Rotenbergin The value of the manor-like Vita Villa in Hanko is eight million euros.

Enforcement Agency has assessed the value of the frozen assets as they have been seized temporarily or permanently. At present, the total value of assets frozen due to sanctions is € 76 million, but the amount will increase as seizures and price assessments progress.

However, most of the price estimates have been made, but it is known that there are seizures of more valuable value than average. It can now be said that the Finnish authorities confiscated the property of the oligarchs and other Russian sanctions listed by more than 80 million euros.

The work is not simple. It has been difficult for the Enforcement Agency to assess, for example, whether there is a Russian-Finnish oligarch Gennadi Timtšenkon the value of the holding in the former Hartwall Arena is EUR 10 million or not.

The bailout froze Tymchenko’s stake in March shortly after he became the first Finnish citizen on the EU’s sanctions list.

In the port Kokkola and VR also have a large amount of finished steel in their possession, the exact amount or value of which is not shown in the seizure document.

Leading District Outreach of Special Implementation Aki Virtanen the bailiff does not comment on individual seizure targets. According to him, there may be risks involved in storing some frozen items.

For example, chemicals cannot be left to wait for long periods of time. Containers may leak or the substance may age as it ages. The bailiff’s office must ensure that the goods retain their value.

“At some point, it has to be decided what to do with these types of seizures. In the long run, for example, there may be a forced sale by a bailiff, ”says Virtanen.

AKI VIRTASEN according to which the authorities of the Member States resolve these matters on a case-by-case basis. The authorities are discussing with the Commission the practices for interpreting the Sanctions Regulation.

“By doing so, a common interpretation will be created in the EU about what is done to the seized goods,” says Virtanen, the district councilor.