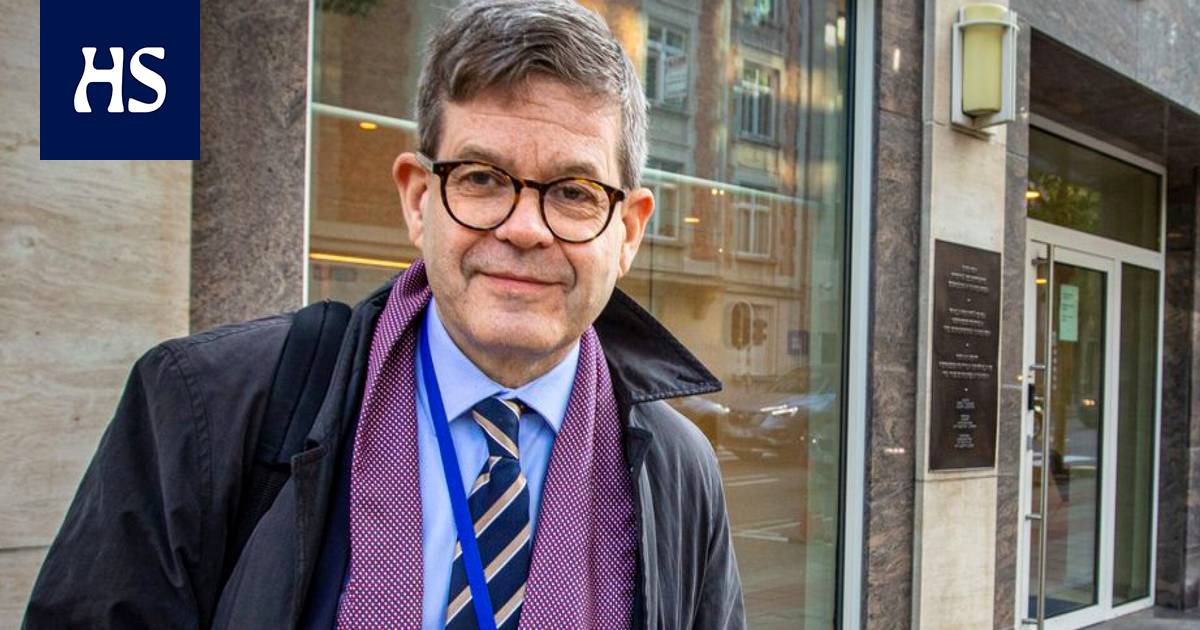 When Russia launched a full-scale offensive war in Ukraine, Finland’s EU Ambassador Markku Keinänen devoted almost all of his time to sanctions against Russia. Now he explains how EU sanctions decisions are born.

Saturday April 30, May Day, Finland’s Ambassador to the EU Markku Keinänen stepped in through the doors of the European Commission’s headquarters in Brussels.

He took the elevator to the top floor of the Berlaymont building, where the President of the Commission Ursula von der Leyen sits.

“To the floor with wooden floors,” says Keinänen.

The so-called confessionalists were about to begin. In addition to Keinänen, a small number of other EU ambassadors were present, all of whose mobile phones were collected.

Von der Leyen’s cabinet officials, as well as a number of Commission and EU External Action Service officials, then gave an oral presentation on the content of the EU’s forthcoming sixth package of sanctions against Russia. The assumption is that the ambassadors will react immediately if someone does not fit to their homeland.

After the briefing, Keinänen walked a couple of blocks to Finland’s EU mission and sent an encrypted message to Finland. In it, he described what he had just heard. There were no surprises, because Finland had already been able to prepare for the sixth package.

Preparations for Finland’s own national decision-making began after that. In Finland, sanctions decisions are approved by the EU Committee of Ministers and a large parliamentary committee.

On the way to Coreper on Avenue de Cortenbergh. The Finnish mission is located in the EU area in Brussels. Picture: Juha Roininen

This has been a pattern now throughout the spring since Russia invaded Ukraine. The European Union imposed the first sanctions on 23 February, the day before the attack, in response to Russia’s recognition of the independence of the separatist regions of Donetsk and Luhansk..

The day after the attack, sanctions were extended to the financial and energy sectors, and a few days later, among other things, the majority of the Russian central bank’s foreign exchange reserves were frozen.

The list of names of personal sanctions against oligarchs and influential Russians has been extended round by round.

But the war is only continuing, and now the sixth package of sanctions is already being considered. It includes a ban on oil imports from Russia, which, as expected, has been a difficult decision for some EU countries.

Hungary in particular against the rake. It depends on a crude oil pipeline from Russia and an inland area that has no oil ports.

The reasons are good, but on the other hand, Hungary also has a constant fray with the EU on the rule of law and good distances with Russia. It seems that the country has found a suitable seam to blackmail the EU for its own benefit.

The aim was to bring the sanctions into force before Europe Day on 9 May, but it failed. Maybe not ready for the weekend either. The contents of the sanctions have been leaked for some time, although they are not yet in force and the details have not been officially made public.

The Europa building is the latest creation in the EU’s administrative districts, which has garnered praise for its architecture. In addition to Coreper meetings, ministerial and summit meetings are held in Brussels. Markku Keinänen in the lobby of Europe. Picture: Juha Roininen

In the EU decisions on sanctions are taken by member states. Prime minister Sanna Marin (sd) and other EU leaders decide on broad lines – fossil energy sanctions were already on the EU summit list at the end of March.

The Commission then prepared a package of sanctions, announced in early April, banning, among other things, coal imports from Russia. At the same time, it began to build the sixth package of sanctions now under consideration. Even from the seventh, the drawings are probably already well advanced.

Once again, the guidelines agreed at the summit will no longer be taken to the ministers of the member states, but practical footwork will be done by perhaps the least known organization in Brussels, to which Markku Keinänen also belongs.

This is the Permanent Representatives Committee, Coreper, where Keinänen sits together with the ambassadors of 26 other member states. The abbreviation comes from France: Comité des représentants permanents.

Every effort is made to reach an agreement between the ambassadors of the member states so that only the most difficult issues remain to be resolved by the ministers. Otherwise, EU decision-making would be stalled.

The legislation and the issues to be dealt with are indestructible, and Coreper is therefore divided into two configurations. The Head of Mission and the Permanent Representative of Finland, Keinänen, sits in Coreper II, where foreign and financial affairs and home affairs and justice, including sanctions, are centralized.

Prior to the meeting, the papers will be reviewed in the Finnish delegation room. Together with Keinänen, they will be studied by assistant Eeva Lehtonen (left) and coordinator Sonja Viljanen. Picture: Juha Roininen

His deputy Tuuli-Maaria Aalto sits in Coreper I, which prepares EU internal market legislation, such as all climate laws.

Coreper’s background work is carried out in several working groups, which also include nearly a hundred officials from the various ministries of the Finnish Mission in Brussels. Much of the sanctions come directly to Coreper, without visiting the working group, because decision-making is in a hurry.

Keinänen, 62, is a longtime diplomat and civil servant. He has served as Finland’s ambassador to London and Madrid, among others, and has worked in Finland at the Ministry’s External Economic Relations Department as Head of Department and Under-Secretary of State. He was also involved in Finland’s EU negotiations in the 1990s.

The meeting folder contains all the papers for one meeting. Items are separated by yellow pages. Picture: Juha Roininen

Keinänen started in Brussels last September. The Russian invasion changed everything: Keinänen estimated the workload of Coreper during the two- to three-fold war, during the ambitious French presidency.

He says the sanctions have messed up almost all of his own plans, “but if you compare Ukraine’s suffering, the harm is small.”

Coreper II has met during the French Presidency on Wednesdays and Fridays, compared to the previous one per week. The ambassadors sit in the same room in the Europa building, familiar from the news, where EU leaders hold their summits. From nine in the morning we start, in the evening we end, in between an hour and a half of food.

One of the important EU ambassadors for Finland is Lars Danielsson, Head of the Swedish Mission, with whom Keinänen had a moment to talk before the meeting began. Picture: Juha Roininen

See also  Salibandy | The Swedish star player barked at Finland and never plans to return: “The food is bad, the coffee is bad and the beer at the party tonight will surely be miserable”

People get to know each other.

“These are pretty good guys. Yes, there is such trust that we can openly say, for example, that we have a problem here. ”

During the sanctions period, the days have dragged on and the rhythm of the ambassadors’ meetings has resumed – ten meetings were needed in one week. Every now and then, the ambassadors left to wait for a new version of the decision text, to which they then had to react at short notice.

Progress is sometimes a nuisance, but according to Keinänen, the ambassadors still have a sense of community that is not entirely self-evident in EU circles.

Swing the task is twofold. He acts according to the instructions given by the Government’s EU Secretariat and defends Finland’s interests, but on the other hand Coreper strives for compromises and unanimity. The meeting situation is alive all the time: sometimes you just have to know on the fly what you can agree to and what you can’t.

The sixth sanctions package shows that sometimes the situation in Coreper can go badly. This is usually because there is no room for maneuver in the instructions given to an ambassador from a country. It is customary for him to warn the chairman at least in advance.

Attempts will be made to resolve the situation in Hungary next week when the EU decides on the Repower EU energy package.

Keinänen’s task is also to convey to Finland a snapshot of the direction in which decisions in Coreper are turning. The instructions given from Finland may need to be changed even in Parliament if the situation in the meeting room goes into a completely new position.

According to Keinänen, Coreper should be prepared to justify its claim well if there are difficulties behind the compromise between the countries.

“It’s not a very good argument that‘ we’ve always done this differently ’. However, one should find a European idea for 26 other countries to start operating as we have always done in Finland. ”

Finland has had a line that supports sanctions, so it has been easy to stand on the common front. But after oil, natural gas and uranium are perhaps ahead, and soon the problems brought by the war will begin to escalate between the two countries. The crisis machinery of EU diplomats is still strong.