Sánchez Martínez, judge of the final on Wednesday in Elche 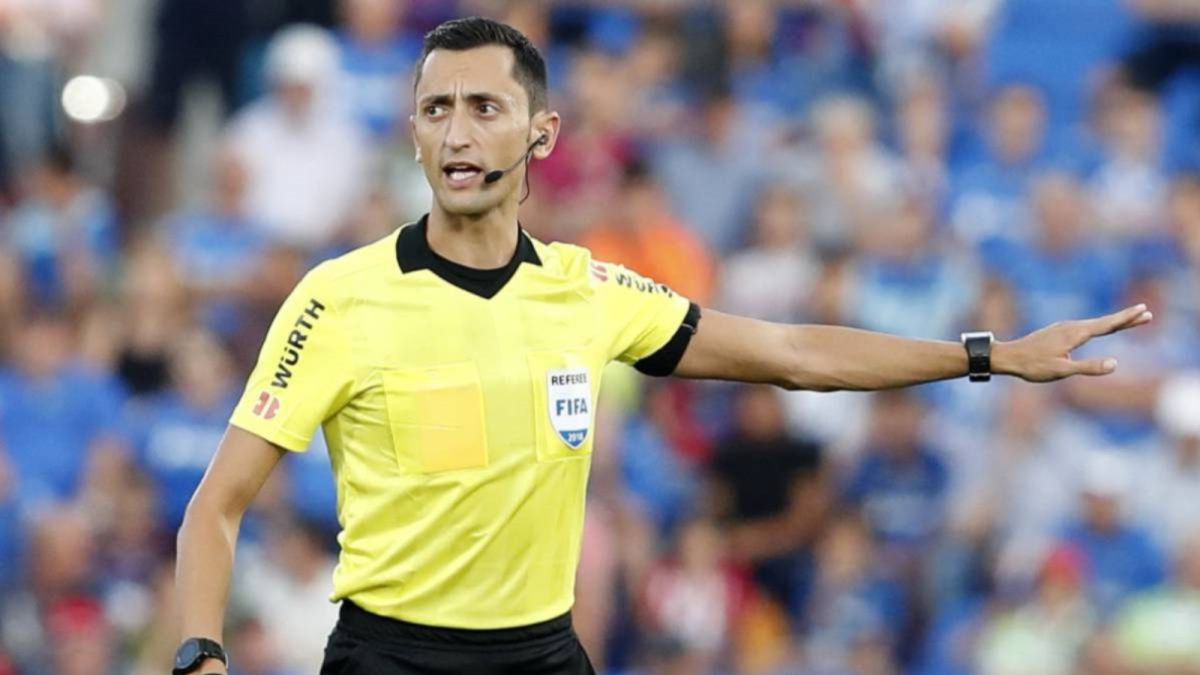 It is more than a game, it is not just any situation and therefore the clash between the Elche and Real Valladolid Wednesday at 9:00 p.m. you need an experienced judge and the one appointed by the RFEF is Jose Maria Sanchez Martinez, from Murcia (Lorca), 38, who is in his sixth season in the top category, as well as four others in Second.

In those six campaigns it has coincided six times with Real Valladolid, all of them logically in the last three, those that Real Valladolid has counted since they returned to First in 2018-19. In the current campaign he has directed only one game to Real Valladolid, which ended 1-1 against Celta who visited Zorrilla; Celta took the lead on the brink of halftime thanks to an unlikely goal from Iago Aspas and drew at 66 ‘Guardiola thanks to a penalty pointed out by Sánchez Martínez.

The penalties in favor of Valladolid whistled by this referee is not a novelty, since the 2019-20 campaign, the one that the covid interrupted, Sergio’s managed to tie 0-0 against Atlético de Madrid at home, party in which Sandro scored a maximum penalty indicated by the collegiate in question; It was the only match called by the Murcian with Valladolid as involved in that campaign.

In the aforementioned after the 2018-19 promotion he had more coincidences, up to four. The only defeat with this referee came against Sevilla in Zorrilla 0-2 (goals from Roque Mesa and Munir) and with a goal annulled to Sevilla (Ben Yedder) for offside notified by the VAR. He also whistled the 2-1 victory against Celta, with goals from Plano and Keko to overcome the initial by Pione Sixto in a match played on Sunday morning in which there was the expulsion of Wesly Hoedt when he saw the second yellow after slapping Rubén Alcaraz in the face in the last minutes of the game. Sánchez Martínez was also in two more games that season, both away from home for Pucela.

The first was a 1-1 draw in San Mamés against Athletic. The Basque team went ahead at the edge of the break thanks to a goal from Aduriz penalty after signaling the maximum penalty Sánchez Martínez and having the support of the VAR. The referee had work in the last play of the match, since Óscar Plano marked the tie in the discount and left Sán Mamés ice cream and although the rojiblancos asked for offside, it was not, since Dani García was off the field of play so he enabled Óscar Plano and the referee got it right despite the pressure.

We have left for the end another game in which Lorca’s was, neither more nor less than the one that was played in Vallecas and that meant the permanence for Ronaldo’s team with a victory suffered by 1-2. The scoreboard was opened with a penalty scored by Unal In the 6th minute, Rayo tied in 73rd (Álvaro Medrán’s goal) and the party was unleashed by Guardiola’s goal in the 80th minute.

In summary, Sánchez Martínez has led Real Valladolid six times in the First Division with three draws, two victories and a single defeat. He has also awarded three penalties in favor, one against and showed a red to the rivals.