Sánchez, in a ceremony with Catalan businessmen after their support for the pardons: “There are more things that unite us than separate us” 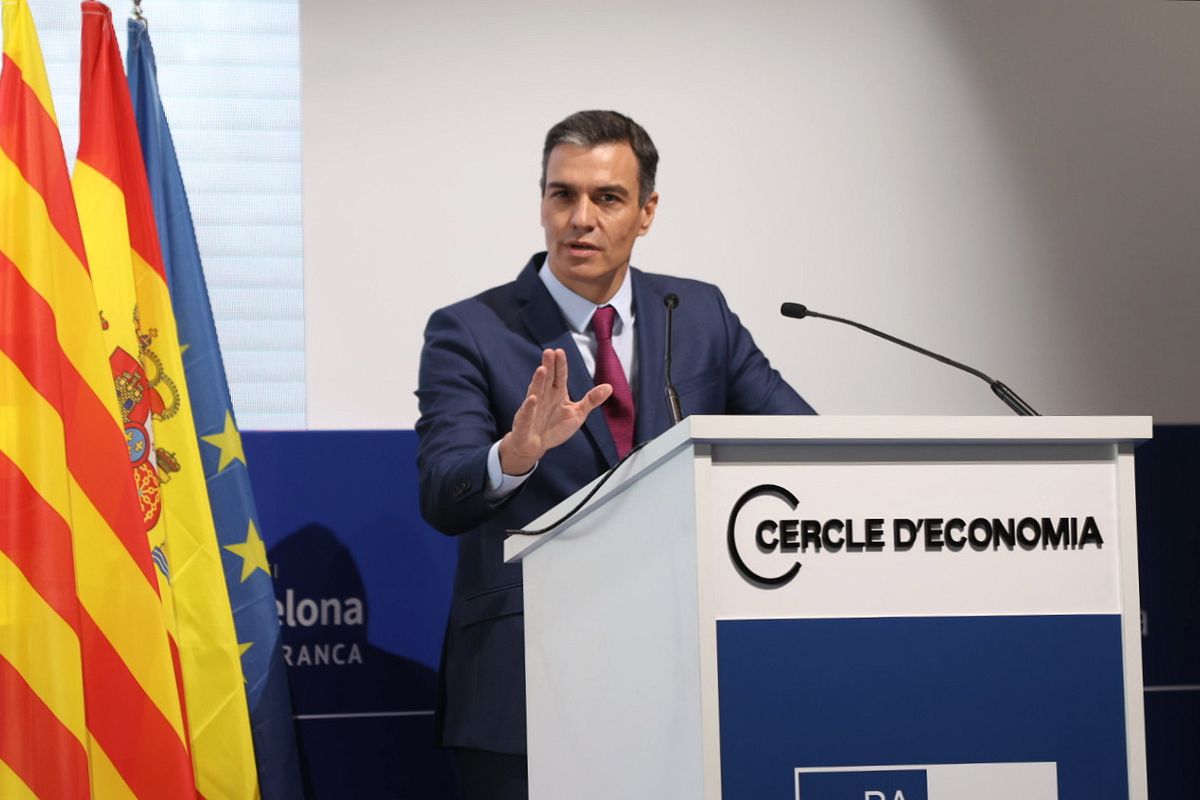 The President of the Government, Pedro Sánchez, has taken advantage of his speech at the closing ceremony of the XXXVI Meeting of the Círculo de Economía, held in Barcelona, ​​to claim the Government’s recovery plan from the pandemic and also sell it as a possibility of meeting with the pro-independence formations and open the way to settle the political conflict with Catalonia. “Concord is also an economic value,” he assured the Catalan businessmen gathered at the W hotel. “Catalonia needs dialogue. We have to go back to that point where we stop listening to each other. There are more things that unite us that separate us ”, insisted the head of the Government, who has not made any specific reference to the pardons to the pro-independence leaders, which will very possibly be granted in the coming days.

Catalan businessmen have taken advantage of their annual meeting to support the granting of the grace measure, which they have even defended before the King and the leader of the opposition, Pablo Casado. Sánchez has not specifically referred to this issue, but he has made a speech in which he wanted to relate political stability and economic prosperity. “Concord is also an economic value, partisan or territorial discord is also an economic burden. The incitement to frontism, to hatred, impoverishes society as a whole ”, he argued, in a message that was also addressed to the opposition in Congress.

Sánchez thanked the economic world for helping to find a political solution. “On many occasions, in the daily political dispute, the feeling is conveyed that there is no possibility of meeting, but I am sure that it is not. Who is opposed to ending the pending Cercanías stations in Catalonia? The need to invest more in health and research? There are not two opposing models, at most, there are two differentiated models ”, he explained.

Sánchez will return to Catalonia next Monday to defend the granting of pardons in a ceremony at the Barcelona Lyceum; For this reason, he did not want to go very deeply into this issue during his appearance this Friday. Before a receptive audience, the socialist has launched the announcement that the mandatory use of the mask in public space will decline on June 26, after it is approved in an extraordinary Council of Ministers next Thursday. “I want to convey to you the conviction that Spain will exceed all forecasts [de crecimiento]”Said Sánchez to reassure the businessmen who, according to the president of the Circle, Javier Faus, leave with a better feeling than they had at the beginning of the conference.

Before the intervention of the Prime Minister, Faus warned that in the Catalan situation “there is no alternative to the lack of agreement”, especially after highlighting that after having overcome three problems that Spain had at the beginning of the last century – the agricultural, military and religious – only Catalan “subsists”, and has made it clear that it is a “Spanish problem of the structure of the State, of the distribution of power in a federal structure”.

Faus stressed that the new framework can only be reached from “the law as a framework, politics as a task and the word as an instrument”, and has once again endorsed the path of pardons as the only formula to achieve “civil peace”. In the new stage of dialogue, the Circle has asked that both parties be “very aware” of in which areas the other party will not be willing to “ever give in”, but has stressed: “The agreement will only be possible if both parties compromise” . In short, according to the recipe of the Círculo de Economía, without an agreement “a long stage will begin in which the social fracture, political impotence and economic decline will be accentuated in Catalonia”.

The Barcelonan entity has admitted that the open path of pardons and the expressed will to start a new stage of understanding with the Generalitat entails “great risks”, for which it has thanked Sánchez for his position. And it has given him clues about what, in his opinion, the ways to facilitate the resolution of the political conflict may be: statutory reforms and a modification of the financing law of the autonomous communities.

Will it be the end? They prohibit the use of filters for influencers | EarthGamer