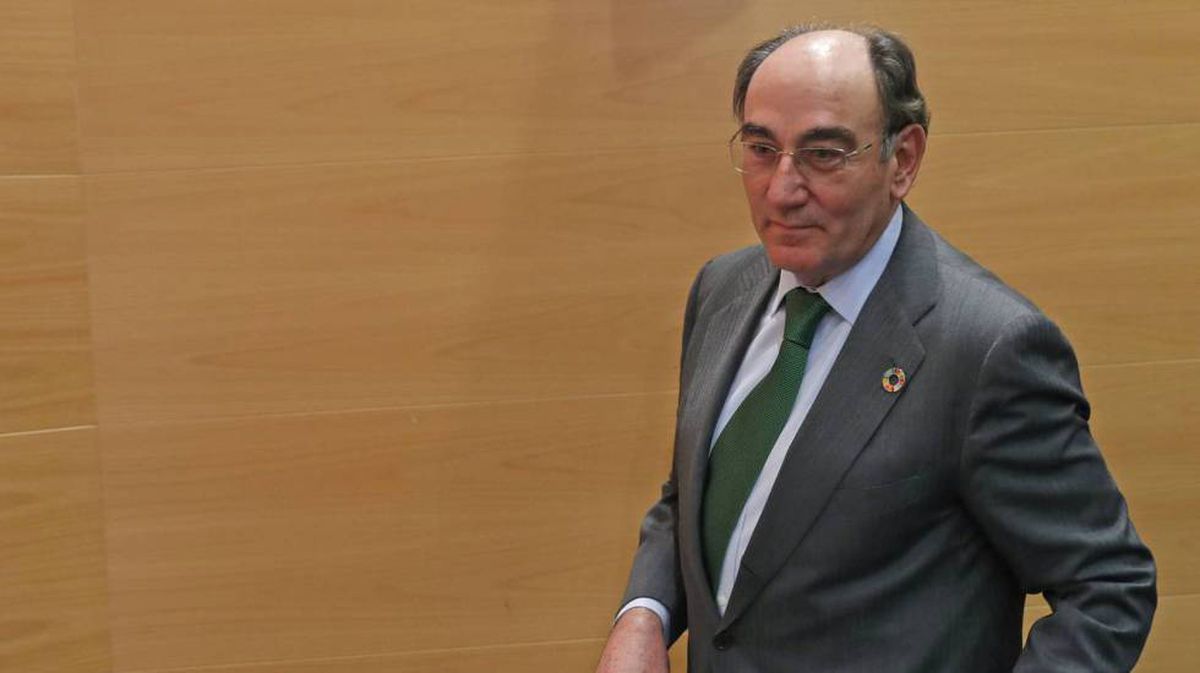 The president of Iberdrola, Ignacio Sánchez Galán, charged this Friday against the new measures included in the preliminary bill that reduces the remuneration of non-CO₂-emitting facilities by 1,000 million euros, the so-called benefits fallen from the sky. In his opinion, “it introduces unjustified burdens on non-emitting technologies.” “We trust that it will be redirected throughout the process to seek solutions that guarantee full coherence between the energy policy that is committed to decarbonization and a stable and reliable normative and regulatory framework,” said the executive at the general meeting of shareholders of the company held this Friday telematically.

“There are many factors that affect the price of electricity; but, without a doubt, the most significant is the degree of taxes, charges and fees that are imposed and that to a large extent citizens pay, ”Galán continued. However, it has affirmed that it welcomes the recent statements of the Government in parliament about a possible reduction in taxes, charges and fees, which already account for about 60% of the bill paid by users.

“Let’s not forget that the main beneficiary of high electricity prices, especially in a scenario like the current one with a high price of CO₂, is the Public Treasury, which receives, not only large taxes proportional to the price of energy, but also the income from the sale of CO₂ rights that this year could reach 2,500 million euros ”.

Given this, the Salamanca executive stressed that “it is essential that the regulatory framework preserves legal certainty and the legitimate confidence of investors.” In this sense, it has ensured that Iberdrola will maintain an attitude of dialogue and, at the same time, the commitment to defend its interests and those of the other interest groups in environmental protection.

Sánchez Galán, who celebrates 20 years since he replaced Íñigo de Oriol as Iberdrola president, ended his speech by showing his chest for the transformation that the company has undergone in this period and its role in the energy transition “despite the skepticism that those they wanted nothing to change ”. “I can proudly say,” he added, “that today we have become an undisputed global energy leader. Those who then shielded themselves in debates that have already been overcome may continue attacking us with other pretexts, they did not succeed then and they will not succeed now ”. The executive did not cite any names.

During those 20 years, the main conflict that Galán had in his tenure as president of the energy company was the attempt by ACS, the company chaired by Florentino Pérez, to enter the company’s board of directors after acquiring more than 10% of the capital. , to which the executive strongly opposed. This matter even led to legal issues when alleged espionage by Commissioner José Manuel Villarejo appeared to Pérez, allegedly commissioned by Sánchez Galán, which is under investigation.

Iberdrola faces the electrification process from a diversified position, which will be reinforced in the coming years with an investment plan of 75,000 million euros until 2025 and that could double to 150,000 million in 2030. The objective is to triple the renewable capacity up to bring it to 100,000 MW at the end of the decade, with at least 12,000 MW offshore wind power and strengthen the transmission and distribution networks.

During 2020, the company made an investment of 10,000 million and this year they will reach 17,000 million. Since the beginning of 2020, it has placed orders from its suppliers for an amount of 18,000 million, the largest in its centenary history in such a short space of time. These investments and purchases have made it possible to put about 4,500 MW into service and begin the construction of another 8,700 MW. In addition, 6,000 new professionals have joined the group and it has become a leader in green and sustainable financing, with more than 32,000 million.

During the year, the group increased its presence in the United States, with the acquisition of PNM Resources, the power company in New Mexico and Texas, and in Brazil, with the purchase of Neoenergia Distribução Brasília. Likewise, in Australia it has integrated the main renewable energy company in the country, Infigen (now Iberdrola Australia), and has acquired new offshore wind developments in countries such as Sweden, Ireland, Poland, Japan and Taiwan.

In addition, throughout the year, it has sealed strategic alliances with companies such as Volkswagen, Renault or Mercedes in the automotive sector; Total, BP or Mitsubishi Power, in the energy sector; Mapfre, in the financial sector and with a multitude of industrial companies to promote green hydrogen, renewable energies and energy efficiency.

Gross operating profit was above 10,000 million and net profit amounted to 3,611 million, increasing by 4.2%, or 10% if the impact of covid-19 is adjusted. The board of directors has decided to propose to the General Meeting a complementary dividend of 0.252 euros per share, to be paid in July. Added to the interim dividend, this represents a total remuneration of 0.42 euros per share, an increase of 5% compared to the previous year. The firm plans to increase the dividend next year to 0.44 euros per share, which means exceeding the floor set for 2022.