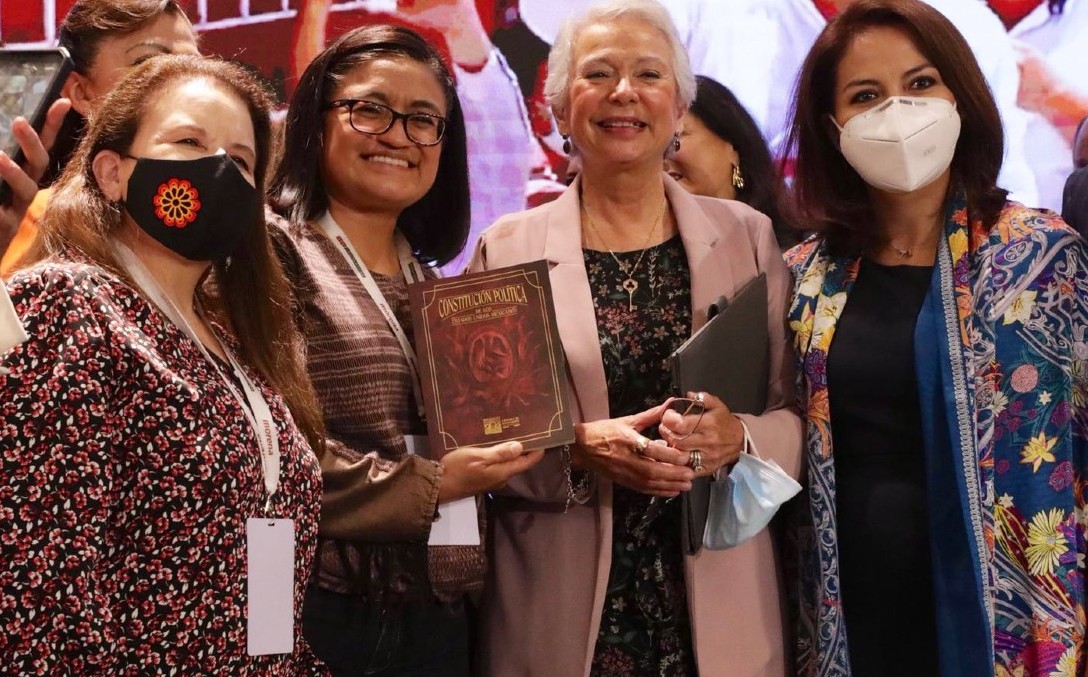 The Secretary of the Interior, Olga Sánchez Cordero, affirmed that the dialogue with the opposition is permanent, constant, fluid and affectionate and gave an example of several meetings, among them, with Mauricio Kuri, governor-elect of Querétaro.

“I have a permanent dialogue with them; I have already met with the new coordinator and I am meeting with the PAN governors; Today I met with another of them, with Mauricio Kuri, the dialogue between the parliamentary fractions, between the groups, between the political parties, in the Interior continues to be open and a constant, permanent, fluid and affectionate dialogue ”, he said.

Sánchez Cordero participated this Wednesday in the plenary meeting of the new parliamentary group of Morena in the Palace of San Lázaro, where the elected deputies of the “Together We Make History” coalition threatened to join a “megabancada” to preside over the Board of Directors and the Political Coordination Board, in an action that the opposition bloc described as “agandalle” and a mockery of the law.

The person in charge of internal policy reaffirmed its call to legislators to continue building democracy and the so-called fourth transformation.

In his speech at the closed-door meeting, Sánchez Cordero stressed Morena’s parliamentary group in coalition with PVEM and PT “are essential to build the legislative scaffolding and institutional that supports the fourth transformation promoted by President Andrés Manuel López Obrador.

“Very inspiring the participation of the secretary Olga Sánchez Cordero in the plenary session of Morena. In this legislature that starts we have the responsibility of consolidating the fourth transformation and that means improving the conditions of all Mexicans in a fair, egalitarian and equal country, “said the coordinator of the Moreno deputies, Ignacio Mier, on social media.

The Secretary of Foreign Relations, Marcelo Ebrard, also participated in the meeting privately to expose the federal government’s strategy to purchase covid-19 vaccines abroad, in addition to explaining the scenarios of international politics in Mexico.

“We started the second day of our plenary session with the presence of Foreign Minister Marcelo Ebrard, who shared with us the panorama of foreign policy regarding covid-19. We were among the first countries to insist that vaccination has to be universal, ”said Mier. Brazil has already been hit by Tsunami and event may repeat