San Lorenzo: what Diego Dabove said to the players in his first speech in front of the squad 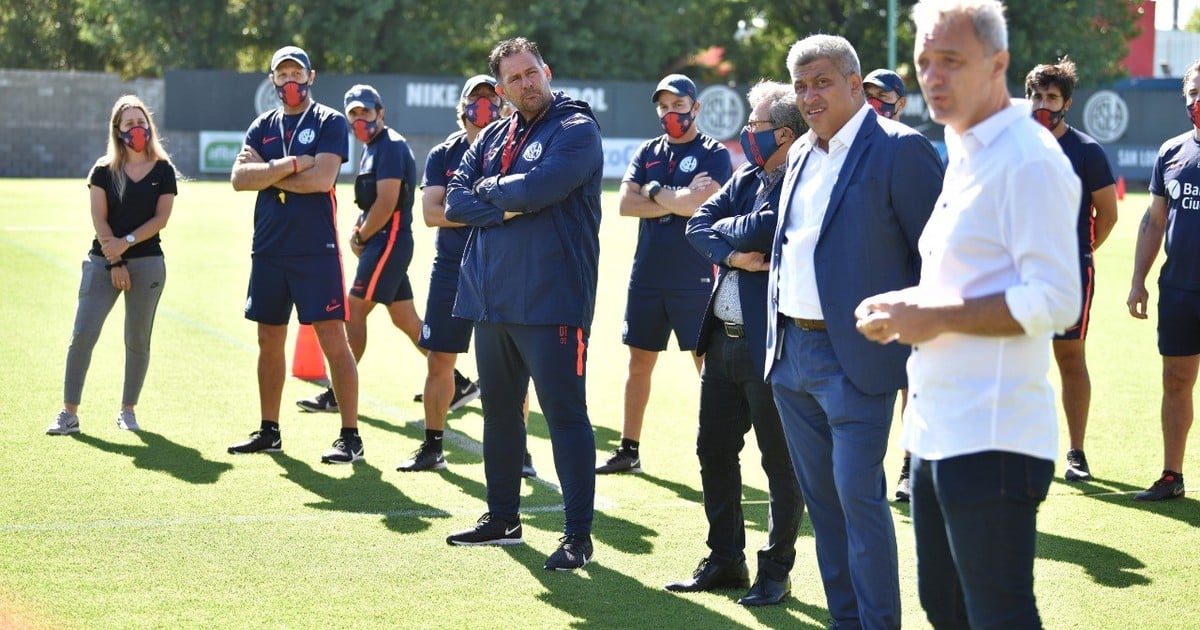 The pacifiers and the camperón under an unscrupulous sun were not a source of distraction for the San Lorenzo footballers, who were not distracted by the conspicuously warm clothing of the new DT while he gave his first speech in front of the group. Diego Dabove stood before the 33 Barça players at the start of the preseason at the Ciudad Deportiva and spoke mainly about regain human strength, highlighting the concept of companionship.

“We have GPS, drones, technology and all material things and all teams have them, but we have to aim to have human strength, to make ourselves strong from companionship“, words more, words less, the brand new Barça coach aimed from the first minute to rebuild the pieces of a dressing room divided by the fights between the referents and the brothers Óscar and Ángel Romero.

The visiting dressing room of the Banfield court on the last date of the Diego Maradona Cup it was abuzz. There, between recriminations, insults and slaps, the tense climate ended up exploding. So much so that no one dared to say if Ángel and Oscar Romero were going to return from their vacations in Paraguay.

However, the twins said they were present and moved to the front of the line. Doors inside many consider that the relationship among them and players with interference in the group such as Fabricio Coloccini, Fernando Monetti and Bruno Pittón has no turning back.

But part of the leadership, with President Marcelo Tinelli at the helm, plus weighty executives such as Protorero Carlos Rosales (owner of Garbarino) and Secretary Miguel Mastrosimone, who were present this Thursday at the presentation of the new coaching staff, they trust that Dabove can be the mediator to govern the peace.

Recover the spirit Cambodian It is what the leadership wants and they see in the 47-year-old coach a personality and conditions from his rhetoric and in the management of the group to try to close cracks. The days will tell if it turns out like this.

For now, San Lorenzo already placed first with its entire squad made up of 33 players. But that number will suffer alterations. After the tests, in which youth Matías Palacios tested positive for coronavirus, and the routine blood tests, the first training (post-DT talk) began.

Later, Dabove already began to diagram the squad he wants to have to face the 2021 competitions: in addition to the local tournament, the Cyclone will play the South American Cup, but if Defense and Justice is champion this Saturday you can access phase 2 of the Libertadores. And in this there are footballers who will not be taken into account and others who could emigrate.

Santiago Vergini and Ramón Arias will not be in your consideration and they have already been made known to you. At the moment they are the only ones who will have to look for another destination, although for now they will continue along with the rest. Coloccini, meanwhile, will fulfill his contract until the end, that is until the end of June.

Alexis Castro could go on loan to Colón, while Víctor Salazar is in the orbit of Juan Antonio Pizzi, who is building his Racing and already knows him on the right side of his last step through San Lorenzo. In this position, Dabove has Gino Peruzzi and Andrés Herrera, recovered from the fibula fracture.

And the reinforcements? Defender Diego Braghieri will arrive next week, with whom there is already a verbal agreement, to sign as a free agent for two years. And they are looking for a central flyer: Jalil Elías and Agustín Almendra are interested.

Xiaomi will improve the Mi Band 6 bracelet with GPS, SpO2 and Alexa