Salvini defeated on the Green Pass: he is silent on social media and lowers his head with the moderate wing 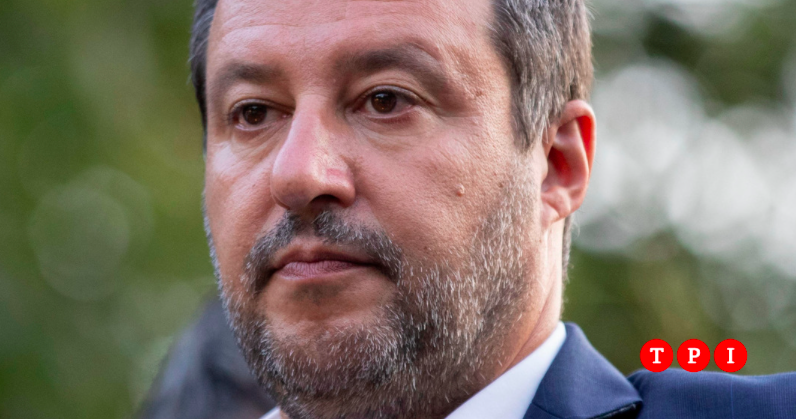 After excited weeks, the Council of Ministers yesterday passed the new anti-Covid decree. The line that emerged is that of the rigor and obligation of the Green Pass from September on means of transport (excluding urban and regional ones) and above all for school staff and university students. The premier Mario Draghi he commented satisfied: “I think we did a good job and that now we can go on holiday happy”.

May this represent yet another defeat for the leader of the League Matteo Salvini it can be easily deduced just by taking a look at its social pages. For days, references to the Green Pass have disappeared from the profiles of the Northern League. The leader of the same party who in recent days presented almost 1,300 amendments to the Covid decree of 22 July – thus expressing his dissent to the extension of the use of the green certificate – crowded his channels with images of animals, videos of the election campaign in Rome and the inevitable fight against the “invasion” of migrants. On the Green Pass, everything is silent. Not even a microscopic post to comment on the approval of the decree. And so, to get out of the maelstrom of his own propaganda, he dictates a note to the agencies to claim what has in fact already been established.

Those who are not silent are the Leaguers most hostile to the measure. This is the case with the deputy Claudio Borghi, one of the participants in the demonstrations against the certificate: “The decree, if confirmed, is intolerable. It will certainly not be the saving of breakfasts in hotels to compensate for obscenities such as the lack of exemption for minors and the obligation for school and students. I did my best but I lost. I apologize to all of you, ”he writes on Twitter.

And not only. Having succumbed to the moderate part of the League – including Giorgetti – leaves discontent especially among the voters of the “Captain”. The comments in the margins of the posts are eloquent in this sense. “Instead of catching news about kittens … moreover dated … tell us about the news … greenpass type … the boys were left out … shame!”, Writes a user under a video of a kitten published only 7 hours ago on the Facebook page by Salvini. “But what a kitten, after the disgust that happened today you get out of the government and run. You cannot support Draghi with the Green Pass extended everywhere and immigration to go. We begin to remove support from the banker, hoping that others will follow (Forza Italia and some 5 Stars in the first place) ”, writes another. And so the Carroccio fans turn up their noses at the umpteenth acceptance of the decree as it is.

That Salvini, initially opposed to both the vaccination obligation and the Green pass, had changed course, forced to soften up on the school, it was also understood from his latest statements, in which the theme of teachers had disappeared. Rather, he spoke of hotels, transport and lower prices for tampons, saying that these were the requests brought to the table by the League.

“No Green Pass or limitation for breakfasts, lunches and dinners in the hotel for the clients of the facilities; no Green Pass or limitations (at least for the whole of August) – says the leader of the League – for means of transport, trains, buses, ships and planes; guarantee of school in attendance for all children, without exception; possibility for everyone to use quick and free, antigenic and salivary tampons “.

This umpteenth defeat bears the signature of the moderate wing of the party and actually confirms what Marco Antonellis he had always anticipated on these columns, reporting the words of a big party in via Bellerio: “Salvini is no longer the only man in charge but there are two distinct and different political lines. Since Mario Draghi took office at the helm of the government, Giancarlo Giorgetti has taken off and a real diarchy has been created in the League, so much so that more and more parliamentarians go to “confess” to GG instead of confronting the boss match”.

Hazza bin Zayed: Mohamed bin Zayed is a man of peace and tolerance