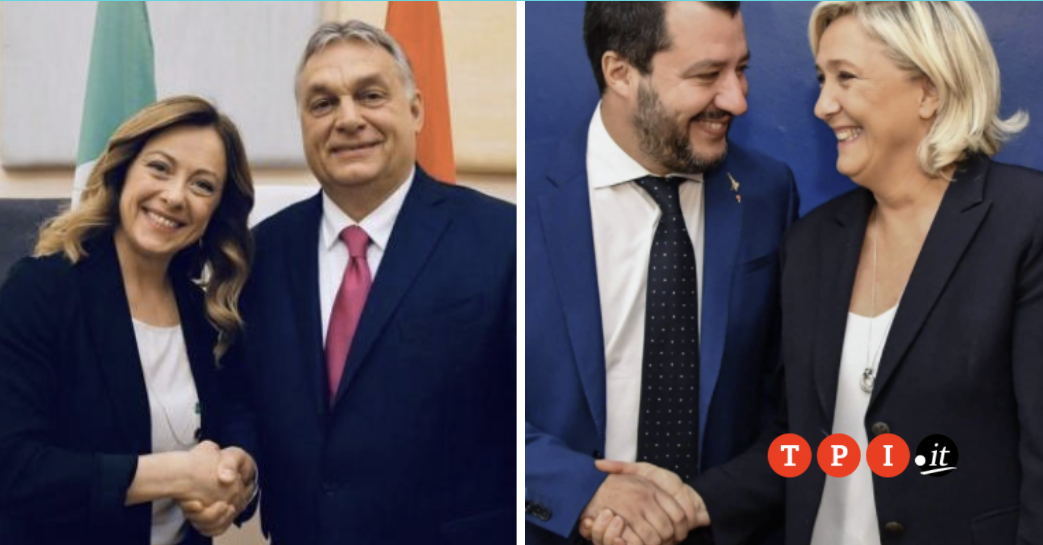 “Union of European patriots”: this is the name of the alliance (for now only programmatic) signed by the main sovereign parties that sit in the European Parliament. The announcement was made by Marine Le Pen, and the deed of incorporation is a manifesto signed, as well as by her, by Matteo Salvini and Giorgia Meloni, Viktor Orban, the leader of Vox Santiago Abascal, the Polish Jaroslaw Kaczynski and others ten sovereign political forces.

This would be, in the intentions, a first step towards the constitution of a single sovereign group in the European parliament, although there are currently several doubts on this point. Salvini seems to be pushing for this solution, but Giorgia Meloni and Viktor Orban seem much more skeptical.

Be that as it may, at the moment the programmatic union is sanctioned by the common manifesto, which among other things aims to give Europe an opposite direction to the “federalist path that inexorably distances it from the peoples who are the vibrant heart of our civilization” .

The document reads: “Nations slowly feel deprived of their right to exercise their legitimate sovereign powers. The use of political structures and laws to create a European superstate is a manifestation of the dangerous and invasive social engineering of the past, a situation that must lead to legitimate resistance. The moralistic hyperactivism we have seen in the EU institutions in recent years has led to the development of a dangerous tendency to impose an ideological monopoly. We are convinced that the cooperation of European nations should be based on traditions, respect for the culture and history of European states, on respect for the Judeo-Christian heritage of Europe. We reaffirm our belief that the family is the fundamental unit of our nations. The policy in favor of the family should be the answer to mass immigration ”.

As mentioned, the path towards the formation of a single group in the European parliament appears uphill for now, but the manifesto nonetheless sanctions the clear positioning of the League in the sovereign field, despite several exponents of the Northern League, starting with Giancarlo Giorgetti, have been pushing for some time for the party’s adhesion to the EPP and to more moderate positions, both in Italy and in Europe. Salvini, however, seems to have very different intentions, despite the support at home for a pro-European government like the one chaired by Mario Draghi.