Salvini and his links with the far right. And the old League is suing the new one 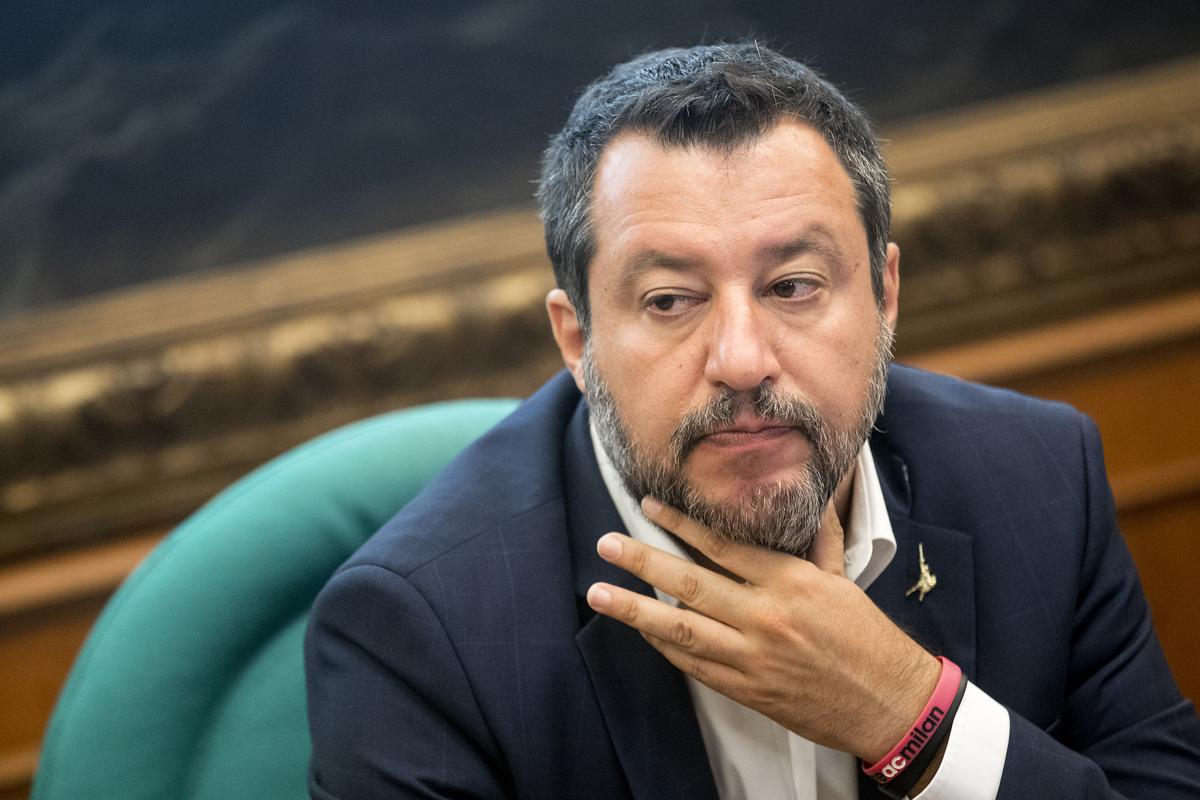 Matteo Salvini’s League goes in one direction, the old League goes in the opposite direction. The new one, according to Repubblica, goes towards fasciolegism: “a little identity-nationalist assemblage and a little interaction between Salvini’s League and neo-fascist realities”. According to Repubblica, since 2014 the Carroccio has “embarked on far-right figures and their constituents” with “winks at the nostalgic of the twenty-year period, synergies with groups inspired by Nazi hierarchs”.

The releases on Mussolini and Hitler by Durigon and Santucci

From this point of view, the proposals of recent days of the Undersecretary of State, Claudio Durigon, and of the former group leader in Colleferro, Andrea Santucci, also according to the Republic, should be seen. Proposals with which parks and squares are to be named after Mussolini and Hitler. “More than a surprise, it seems the consequence of a drift that began some time ago”, writes Repubblica.

The right turn of Salvini’s League

When Salvini was elected secretary in 2013, he looked to the right to revive the League overwhelmed by scandals. From here, the newspaper lists, the ties with CasaPound with an alliance that officially ends in 2016. From “full powers” from “fascism ended in 1945” to “in Italy there are no fascists”. Many phrases and many figures that according to the Republic would instead be adjacent to that world: for example with the names close to the neo-Nazis of Lealtà Action which is inspired by Leon Degrelle and Corneliu Zelea Codreanu.

Recently, episodes of Roman greetings and references to Mussolini or even Hitler by local or governmental representatives of the League have multiplied. However, aficionados of the old Carroccio do not like it at all. They are the ones who lead what the Press calls the “anti-Salvinian revolt”, led by Gianluca Pini, a historic leader from the League of Romagna. “For too long we have been witnessing opaque, not very transparent passages, of dubious legitimacy. We turn to the judge to clarify”, Pini told La Stampa.

Yes, the story ends in front of a judge because the old League, the Northern League, claims its role. La Stampa explains: “It all begins when the League splits in two, in 2018. The historic one, with the North in its name, becomes a kind of” bad company “, which becomes a police station, closes its shop, inherits debts but continues to receive 2 per thousand from the State. Those who play politics are the new, Salvinian and “national” party. However, there are those who are not there, leaguers of the first hour and of the first party, who insist on joining even though the sections are no longer there “.

Pini tells the Turin newspaper that he “continued to make the transfer because I have been a Northern League player for thirty years: a Northern League player, not a Salvinian. In ’20 we wanted to present ourselves with the symbol of the Northern League at the administrative offices. The commissioner, Igor Iezzi, replied that it was not possible because the Northern League no longer engaged in political activity. But how can a party that does not engage in politics receive state contributions? According to the Statute, those who pay the membership fee by March 31 of each year are members of the League. I did and with me about twenty people, in my opinion the only ones, today, really registered in the Northern League. We asked that the federal councilors and the commissioner prove that they were registered, but they never did. June ’20, three months after the deadline, they decided that the membership was free and the renewal was automatic “.

Hence the appeal to the lawyer, as Pini explains: “Tired of asking for explanations and above all of not obtaining them, we decided to turn to lawyers. We need to establish why a party that does not engage in political activity continues to receive money from the State which it uses to pay his debt to the State or to distribute them in generous advice “. With the aim of being assigned the symbol of Alberto da Giussano.