Salta: they found the skeletal remains of Gala Cancinos, the 14-year-old adolescent who disappeared in 2017 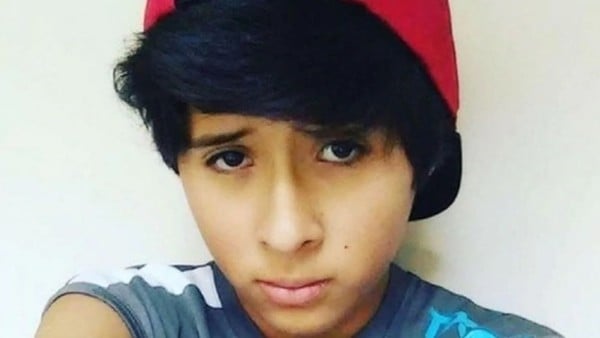 After more than four years, one of the most high-profile disappearances in Salta had its denouement. Provincial authorities confirmed that the Bone remains found this Thursday in the town of Vaqueros belong to Gala Cancinos, a 14-year-old teenager who was wanted since May 16, 2017.

“From the discovery of dental pieces of the body that we found, we ordered a dental examination that was carried out today (Friday), and that gave us the certainty that it is Gala Cancinos, “said the criminal prosecutor Santiago López Soto in a press conference in the auditorium of the Public Ministry of Salta.

The discovery occurred during the afternoon of Thursday, when a man who was at kilometer 12.5 of National Route 9, near the La Caldera river, found the remains and gave notice to the Police.

The bones were transferred to the Forensic Thanatology Service, where they were subjected to different tests to try to determine different data such as sex, age, date of death and identity.

In addition, along with the remains were found other elements of interest to the cause, such as a backpack that belonged to the young woman and a rope that will be analyzed.

Gala Cancinos disappeared on May 16, 2017 and her remains were found four years later.

López Soto specified that it was “a chance discovery“by a person who” was carrying out weeding tasks passing the Vaqueros bridge. “

Then, he explained that “the young woman’s parents were summoned,” who “they recognized some of the garments“that were found at the scene.

The examinations were carried out with the contribution of dental molds, which had been taken two months before the disappearance due to orthodontic treatment, and other details from the database of the IPS social work.

The mayor from Salta Gustavo Sáenz met in 2018 with Minister Patricia Bullrich.

In this way, it was possible to compare the dental extractions and the characteristics of Gala’s teeth, which led to her identity being confirmed 100 percent.

Finally, Poma stressed that “from here begins a new stage in the investigation, to establish how the adolescent died“.

The young woman, who attended the Belgrano School, in the capital of Salta, was reported by her parents as missing on May 16, 2017.

That day, around 3 p.m., Gala left her house to go to gymnastics and the English institute she attended and was seen for the last time that afternoon by an aunt, when she was leaving the Bicentennial Park alone, in the north area. from the city of Salta.

Since then, various rakes, security camera analyzes, social network contacts and interviews with those around him had been carried out, although without any success, until now.