Salta: preventive detention for two men and a woman who circulated with 93 kilos of cocaine 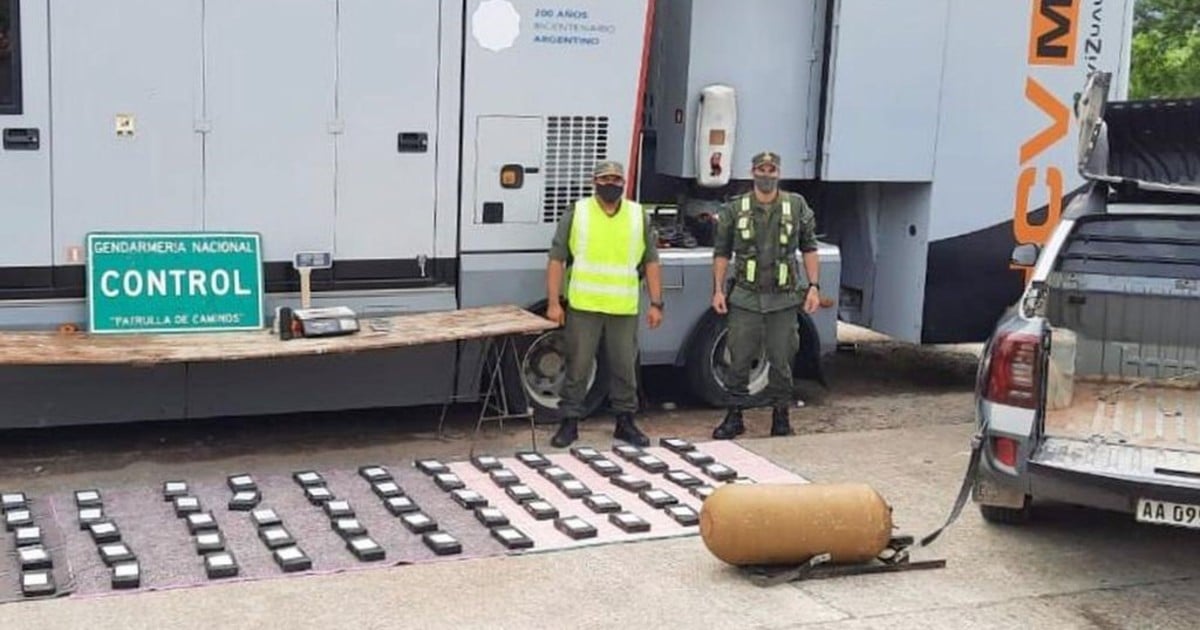 The Justice of Salta issued preventive detention for two men and a woman who they had hidden more than 90 kilos of cocaine inside a van.

The measure was ordered on Tuesday by the federal judge of Guarantees Julio Bavio during the detention control hearing and fell on a couple of Bolivian nationality and an Argentine citizen.

The magistrate agreed to the request of the attorney general Carlos Martín Amad, who had requested preventive detention of the three defendants due to the seriousness of the act and the risk of flight and of obstruction of the criminal investigation.

In the case of the woman, she asked that she be under house arrest to protect her bond with her two children, who were traveling in the truck when they were arrested in a control operation by the Argentine National Gendarmerie (GNA).

The procedure was carried out at the crossroads of national routes 9 and 34 in Salta, when the officers inspected a Renault Duster Oroch truck, whose occupants They were heading from the province of Jujuy to that of Tucumán.

According to the sources, at the time of the inspection, the gendarmes were alerted by contradictions in the statements of the occupants of the van, regarding their travel itinerary.

Then, they observed screws with signs of having been removed, both in the bumper and in the box cover, as well as in the fastening bolts of the gas tank.

When removing the screws, they found 86 packages containing a total of 93 kilos of cocaine. The couple and the driver were then arrested.

For this reason, the judicial official charged the detainees with the crime of “drug transport aggravated by the number of people involved” and requested an investigation period of sixty days.

Meanwhile, at the time of testifying, the woman said she did not know the transport of the drug, noted that they had gone on vacation on January 11 from her house in the Buenos Aires district of La Matanza to the province of Jujuy and through tears she begged the judge not to separate her from her children.

Then the driver of the truck and godfather of the children too claimed not to know that they were transporting hidden cocaine and that he had only been invited by the boys’ father to make the trip, which he accepted because his profession is a driver and he likes to “drive”.

Finally, the woman’s partner was awarded the maneuver, indicating that he received an offer of money to make the journey, and that once in the Jujuy city of La Quiaca he had to call a phone.

“I met a person who took the truck and then returned it to me”, explained the man and later separated from the fact his partner and his compadre.

After dictating the preventive detention of the accused, Judge Bavio ordered that the two men be transferred to the NOA III Penitentiary Complex, located in General Güemes.

As for the woman, she agreed to allow her to remain detained in her home, where she will be controlled by the Patronato de Liberados and the Buenos Aires Police.

The marking of the fifty retreat tops “Twitter” … and tweeters: our ambitions in the sky