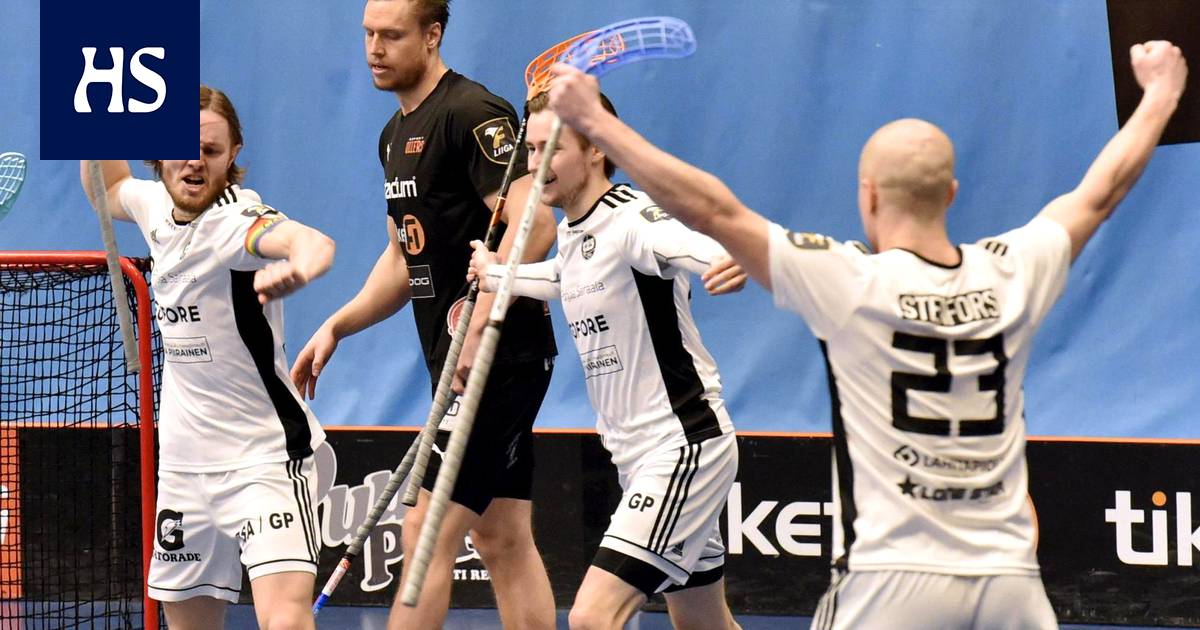 Toni’s Toni Salminen changed from a villain to a hero at the end of the Oilers match.

Espoo resident The Oilers were unable to take a neck loop from TPS in the floorball F-League semifinals. The match series narrowed to 2–1, when the people of Turku applied for a 5–4 extra time victory from the away field.

TPS: n Toni Salminen was involved in many of the match-fixing moments. First he let go Tuomas Iiskolan easily scored seven minutes before the end. Iiskola sailed to make a score of 4–3, and the home team’s leadership remained on the board until the very last minute.

In 59.31, Salminen made a mistake by leveling the match. The situation was preceded by two overtime periods, the latter taken by the Oilers. TPS took advantage of the coach Heikki Luukkonen a special overtime in just ten seconds.

“I have to give the props to the Oilers that they took it overtime yet,” Salminen acknowledged after the game.

“You can always do things there and not do that,” Luukkonen said.

For Salminen, the leveling paint tasted even better when Iiskola had humiliated him only a moment earlier.

“The coach didn’t say anything, but he didn’t even pat him on the back.”

“It was quite a beginner’s mistake. Dangerous and fast guy, and then I rushed just past. It was so annoying that the paint warmed up quite a bit. ”

On overtime goal was scored by the attacking colossus Mikko Hautaniemi. He scored 2 + 2 power points in the match.

“Before the game, we talked about that it’s a pretty big difference between the guys, whether the situation is 3-0 or 2-1. Yes, you can see from its faces that it made it quite a lot easier, ”Salminen sighed.

TPS: n Lauri Stenfors took all means when the people of Turku were at a loss of 2–1. The defender collided Santeri Lindforsin and fished for this punishment by throwing himself on the floor holding his head.

The collision had no head hit at all and soon Stenfors snorted already in the trough.

In the second in installments of Oilers Jasper Juuti flew dangerously towards the wall of Tapiola Sports Hall, but survived the vibration without injury. Nikolas Laaksonen gave Jute back momentum as the duo chased a loose ball near the edge.

There was no penalty for the situation, so Oilers’ coach Luukkonen took the jury for an interview during the break.

The next match in the series will be played on Friday in Turku.

In Wednesday’s second semi-final match, Classic defeated Nokia’s KrP and moved to a 2-1 lead in the series.

Lugo and Castellón, between tranquility and survival