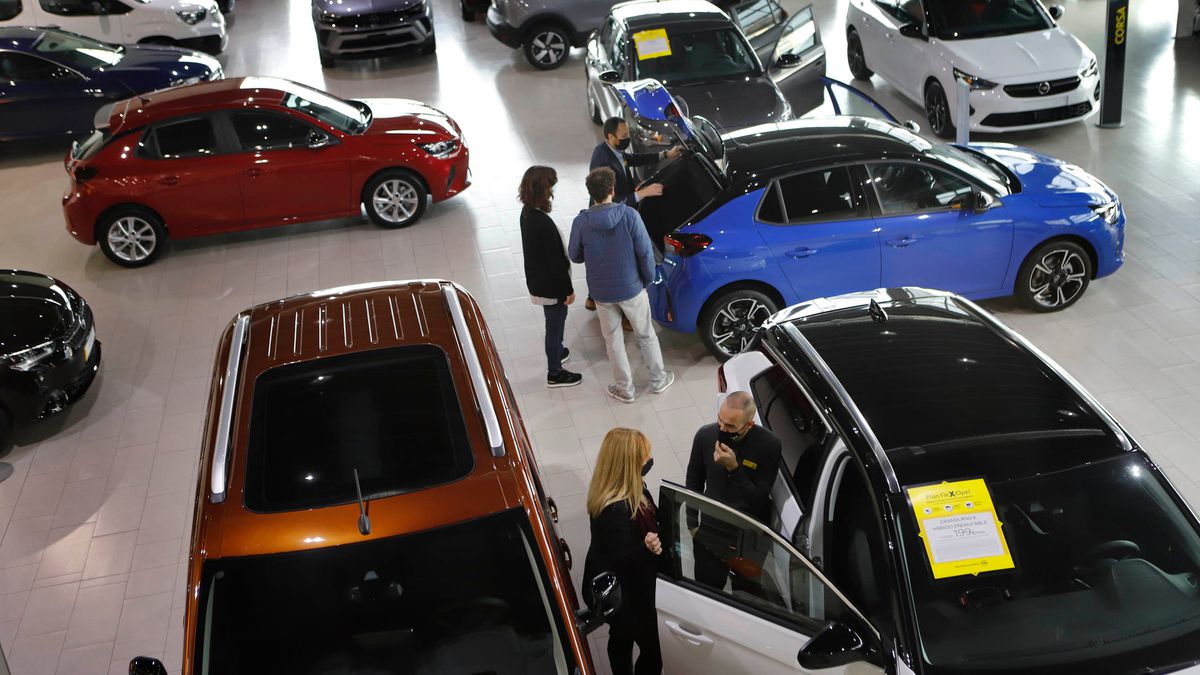 Despite efforts to stimulate the purchase of vehicles and as the vaccination campaign signals an exit ramp to the pandemic, vehicle manufacturers and sellers have once again suffered a drop in registrations. Under a perfect storm —to the fall in household income due to the pandemic and the increase in inflation, added to the supply problems due to the lack of microchips— 47,584 vehicles were sold in Spain in August. This volume represents a reduction of 28.9% compared to the same month last year, when the effects of covid-19 were more severe, and a drop of 36% compared to August 2019. This is the worst figure in this month since 2013.

The behavior of vehicle registrations is a thermometer of the confidence that potential buyers have in the recovery since the pandemic broke out. The Spanish car market between January and August managed to sell 588,314 vehicles, 33% less than in 2019, the year before the pandemic. Compared to 2020, when the market was paralyzed for several months by the state of alarm and confinement, the difference is positive, 12%, but not enough to compensate for the fall and regain pre-pandemic levels. Although August is usually a month in which sales are not too high due to the holidays, the figures reached deepen the downward trend of the market and suggest that the recovery of the sector will be more costly.

The statistics of the associations of manufacturers (Anfac), dealers (Faconauto) and sellers (Ganvm) show the prudence of the buyer. This month of August, the channel of private buyers is the one that fell the most compared to August 2020, by 30.7% (26,084 vehicles have been sold). The purchase of cars by companies also fell, by 27.1%, and on this occasion even the channel of car rental companies fell (by 24%), which in July had been the only one that managed to increase sales with respect to to the same month last year. In the accumulated of the year, purchases by individuals are the only ones that continue to be below 2020 (9.7% less in the first eight months of the year), while the other two channels show a recovery of 16, 8% (companies) and 74.8% (lessors).

The fall in August is, according to the communication director of Anfac, Noemí Navas, “very important and refers to data only seen in the previous economic crisis.” The expectations of the sector collapse in the face of a pandemic whose effects are still harsh, and in the face of a combination of misfortunes that weigh down the automotive industry. The most important is the shortage of semiconductors and microchips, necessary to manufacture the electronic parts of many models, and which has forced Spanish and worldwide factories to stop production on several occasions in recent months.

The bottleneck created by the over-demand of these microchips (a phenomenon also caused by the pandemic and the increase in demand for electronics in the world) is what generates shortages in the market, and will continue until the end of the year. “We anticipate that this problem will continue and, together with the uncertainty that consumers feel, it places us in a worse sales scenario than we anticipated at the beginning,” says Raúl Morales, communication director of Faconauto. The recovery of the sector is entrusted to the year 2022, when production recovers completely.

The economic uncertainty is also explained by inflation (the highest in a decade) and by the change of model towards the electrical transition in which the sector is immersed. The end of the Renove plan that subsidized combustion vehicles, the increase in the registration tax by changing the accounting formula for polluting emissions (which despite being frozen has not motivated more purchases) and the uncertainty after the pandemic explain the behavior of the market.

Regarding the type of registered vehicles, in August those with a gasoline engine continued to hold the highest market share, with 42.18% of the total, and those with a diesel engine continued to fall to a share of 16.95%. The so-called alternative vehicles (that is, those with an electric, hybrid or gas motorization) increased their market share in August to 40.87%. Only 1,301 units of pure electric passenger cars were sold, just 2.73% of the market.