Sales, how do the Spanish buy now? 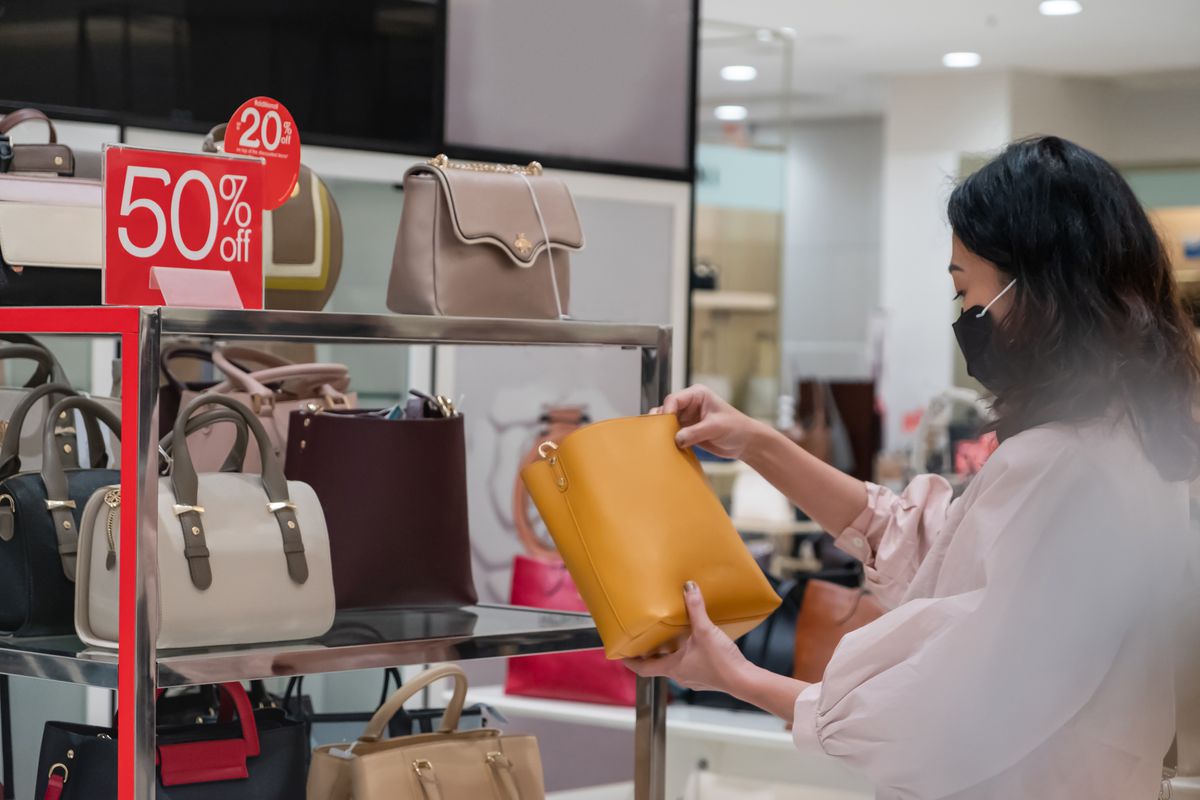 Sales change based on consumer habits. The rise of electronic commerce has meant that purchases in physical establishments have been losing prominence, a fact that has been accentuated with capacity restrictions due to the pandemic. In addition, the appearance of other off-season discount dates, such as the Black friday in November, it reduces the interest in these periods firmly marked in the calendar of the Spaniards.

For this summer sales campaign, which began in late June and runs through the end of August, traders are optimistic but cautious. They expect better results than in 2020, but worse than in 2019. The end of the state of alarm, the relaxation of measures to contain the pandemic and the good economic outlook have encouraged the consumption. However, the increase in the incidence of infections, which places the country at extreme risk, is leading the Administrations to apply restrictions again.

This season is at a time of transition, halfway between the economic crisis and the start of the Recovery. This is what Pedro Campo, president of the Spanish Trade Confederation (CEC) announced just a month ago, with data that pointed to an improvement in sales compared to last year. Even so, these would continue to be between 20% and 30% lower than those of 2019, the last reference year. According to a more recent report from the French e-commerce website Veepee, 61% of Spaniards will spend between 100 and 300 euros on average on these sales, a figure very similar to last year.

According Pulse, Banco Sabadell’s tool that allows the economic recovery to be analyzed in real time. In these reductions, sales in a sector as representative as textiles have been better. During the month of June, they accounted for 109.47% of the same period of the previous year.

Another good thermometer to measure the impact of this campaign is hiring. The human resources company Adecco indicates that this year there will be 136,000 hires linked to the sales campaign, 14% more than in 2020.

Eduardo Ceballos, president of the Spanish Association of Commercial Centers and Parks (Aecc), points out that the impressions are positive for several reasons: “The advances in the process of vaccination, greater certainty in the improvement of the economy, the high level of saving accumulated during the most difficult times of the pandemic, the reduction of restrictions [en comparación con 2020] and the desire of the consumer to recover normality ”.

How are the summer sales evolving?

It is still too early to take stock of these reductions, but the merchants associations have already tempered the initial optimism. “This period began with a strategy very similar to that of other years,” says Pedro Rey, professor of Behavioral Economics at Esade. “But in recent days, perhaps because the campaigns are not having the expected success, the businesses have turned their plans towards discounts more aggressive ”.

These sales, explains Rey, are different from those of other years, not so much because of the prices but because of what is sold. “As consumption has been stagnant for a long time and production has been adjusted downward, these may be reductions not so focused on discharging surplus stocks but on stimulating consumption,” says the expert. Therefore, he concludes, the offers tend to be even more attractive.

To analyze consumption, it is necessary to understand the social and economic context. “The health crisis has lasted a long time and citizens have believed that they were coming out of it, before each new wave,” reflects Rey. The increase in the incidence throughout Spain and the imposition of new restrictions in several autonomous communities put merchants on alert, although, for now, they do not affect them directly. “In this situation it is very difficult to clear the uncertainties of the customers and encourage them to increase their consumption. We are chastened and we are more and more cautious ”.

The purchase in periods of sales is usually related to a state of mind. It tends to be associated with treating yourself or giving yourself a gift. There are consumers who wait until this time to buy clothes and other products they need, but a large part of the sales respond to unplanned purchases. Only 13% of Spaniards claim to foresee what they want to buy on sale, according to the Veepee study, while 49% say they have nothing previously selected.

In recent years, discount initiatives have also emerged that break with traditional sales periods. It is the case of Blue monday, in mid-January; Black Friday and Cyber ​​Monday, in November. “When every day is a sale, no day is especially a sale,” sums up Rey. In addition, in electronic commerce, offers and price reductions are continuously launched, unlike in the traditional one. “The winter and summer sales are strategically located to coincide with the periods of the extraordinary payments and the drop in spending. And, furthermore, they are already deeply rooted in the national consumer ”. For this reason, this expert maintains, they still remain and he does not believe that they completely lose their attractiveness.

How does it affect local commerce?

All these changes also affect the small business proximity. During the pandemic there has been a reduction in billing due to restrictions and difficulty to stand out in the digital environment, given the lack of resources. According to him SME Barometer of the Spanish Confederation of Small and Medium Enterprises (Cepyme), half of these organizations reduced their turnover between 75% and 100% during the months of strict confinement and most of them dragged in their sales losses of more than 50% until the last quarter of last year. Therefore, with the return to relative normality, they try to make up for lost time.

“The local commerce is putting all the means to improve the experience customer purchase ”, explains Campo, from CEC. This improvement, he maintains, is materialized in the use of new digital tools and in sales strategies through different channels. The client It’s not just on the other side of the counter anymore, it’s on the other side of the screen as well.

The sales, says Campo, are a good claim to return to the neighborhood store. A study prepared by the technology solutions company Sensormatic highlights how 61% of Spanish consumers still prefer to buy in physical stores. This, explains this expert, is happening, although timidly. “There is a slight year-on-year rebound in sales compared to the same period last year,” he says.

It is not, he believes, so much about the impact of the campaign as about the return to normality. “The sales have been losing convening power progressively since their liberalization in 2012,” says Campo.

The return to the physical store

Many consumers have opted for digital shopping during the pandemic. Today, 25.8 million people in Spain – 76% of Internet users – buy online, according to the IAB Spain report, E-commerce study 2021. “Once the consumer discovers the advantages of electronic commerce, it is difficult for them to return to the classroom, unless it can provide them with added value,” says Pedro Rey, Professor of Behavioral Economics at Esade.

Precisely, digital sales in the clothing sector in Spain during the last month have varied by 22.68% compared to the same period last year, as reflected by data from Pulse.

Eduardo Ceballos, president of the Spanish Association of Shopping Centers and Parks (Aecc), affirms that the sector is aware of this reality, but that it does not see technology as a competitor, but as a tool that can help them. “We have to adapt to a universe where physical space complements digital space and vice versa,” he reflects. “In this sense, the shopping centers are in the best conditions to take advantage of the synergies.

of this integration. There are many tools that are already being implemented, with formulas such as the click & collect [comprar en línea y recoger en el establecimiento] or advice via live stream [personal shopper a distancia, entre otras actividades]”.

Prices, however, are not a factor that makes consumers opt for one form of purchase or another. Sales online and at street level stores offer very similar discounts. A 2016 study by the MIT Sloan School of Management, the business school of the Massachusetts Institute of Technology, concluded that prices are identical in 72% of cases and that when they differ they do not do so significantly in favor of one or the other. way of purchase.

Baby koala falls from the tree and separates from his mother: volunteer comes to his aid and finds a special way to bring them together