Salernitana, today the final act. Lotito does not sell but relies on a trust, Figc worried 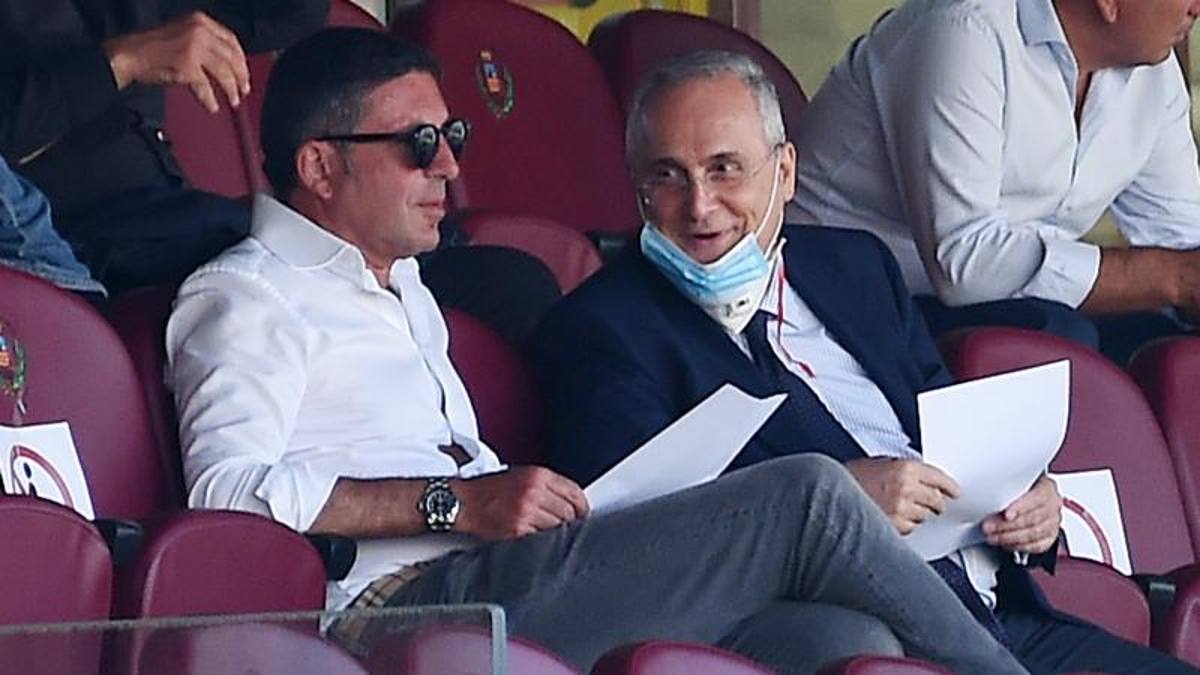 The Football Federation fears an opaque solution: Lazio is also at risk. Registration in Serie A on Monday. The Campania club denies the interest of Italian entrepreneurs

Today is the day. We are in the home straight, but there is still no clearing, indeed in the last few hours a few more clouds have arrived. The current ownership of Salernitana must notify the Football Federation by midnight of the sale of the club by virtue of the deadline set by the Federal Council based on the rule that prohibits double ownership in the same category. Half of the Campania club is owned by Enrico Lotito’s Omnia Service, and the other 50 percent by Morgenstern, which is headed by Marco Mezzaroma. Therefore, the son and brother-in-law of the president of Lazio. And therefore, you have to sell and sell to someone who is not a family member, the limit is the fourth degree of kinship. It is likely, however, that today will not be the day of the sale to a new owner, but that of the creation of a trust, an independent third party that will essentially have two tasks: to represent the company in the League and to organize the actual sale in the span of six months, six months which are one of the conditions set by the Football Association to validate the passage. The problem is precisely this: will it be a “real” trust as Gravina wished or is there a risk of some ambiguity in the definition of the new balance?

Therefore a trust, in which the central figure, the so-called trustee, must be a legal person, a company to be clear, and not a physical one, another of the conditions set by the FIGC while initially Lotito was thinking of a guarantor, there was talk of a university professor or a retired general of the Carabinieri. The trust solution seems to be indirectly confirmed by the press release that Salernitana issued in the afternoon to deny rumors about the alleged progress of negotiations regarding the sale of the company. “The club disclaims and detects the groundlessness of some news articles published both in the press and through social networks relating to alleged negotiations, sometimes inadmissible, concerning the sale of the company itself: these news are published for the sole purpose of destabilizing the company and the environment for secondary and promotional-advertising purposes. These newspapers are therefore warned against disseminating unfounded and untrue information, reiterating that the US Salernitana 1919 is working to resolve the problem of timeshare with transparency and respect of the law “.

In recent days there was talk of a negotiation with Andrea Radrizzani, owner of Leeds, and with Maurizio Mian, former owner of Pisa. Until the offer of a fund from the United Arab Emirates. However, apparently not particularly attractive proposals, especially the last one, with payments linked to a series of conditions (first of all the non-relegation of the team) to complete the purchase. The language of the press release therefore suggests that the direct assignment is not in sight, unless there are last-minute reversals and it is necessary to pass through the bridge of the trust. Then the other condition would remain / will remain, that of an appraisal of the value of the company by an expert to avoid a lack of offers for an overvaluation of the club by the current owners. But will these conditions be respected? In the last few hours, the concern of the Football Association has grown.

The deadline does not mean that today the federal response will arrive in addition to Lotito’s documentation. It will be necessary to study the documentation, verify the structure of any trust, especially in the sense of its independence, which also lies in the ability to be able to have sufficient solidity to manage the company and in the absence of relationships and links with the current company . In the same hours, Lazio and Salernitana will formulate their application for registration in the Serie A championship, they must do so by 28. But only afterwards, with the legal and administrative controls of the rite (Covisoc will close the investigation on 8 July), it will be possible to really understand the picture of the situation. It is clear that it is in everyone’s interest to avoid that an “opaque” solution could lead to non-registration (and in that case they would risk Lazio and Salernitana in the same way). This is why everyone’s hope is that today’s day will not end with too many unknowns still standing. In short, we need a clear solution in the interest of all. Especially from Salerno who deserves to enjoy Serie A without footnotes or sub judice inscriptions.