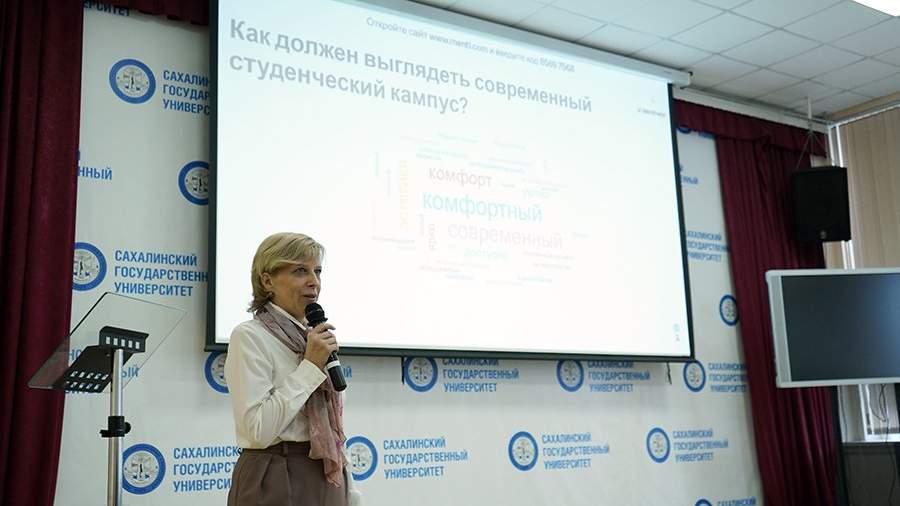 First and fifth year students of Sakhalin State University will return to full-time education. They will be accommodated in hostels of regional technical schools and colleges, social institutions, commercial hotels and hostels. This Thursday, April 8, reported on website the government of the Sakhalin region.

According to the governor of the region Valery Limarenko, in April, students who were previously sent to distance learning will gradually begin to return to full-time studies.

According to the chairman of the regional government, Alexei Belik, the university has developed a program to complete training in 2021.

Students of the first and final fifth years will return to full-time education on April 12, then they will gradually withdraw the rest from distance learning.

“We have further expanded the measure of support for students who live in rented housing. Compensation in the amount of 6,300 rubles will be paid not only to students who entered in 2020, but to all students, “the website quotes him. kp.ru…

He added that for the resettlement of students until the summer, they will provide housing in social facilities. Belik noted that the government is working out the issue of building new dormitories. The estimated area of ​​the new complex of buildings will be 30 thousand square meters. m. The funds will be provided from the federal budget.

Sahgu students were sent on distance learning pending a full examination of the university dormitories and their repairs after two young people died in a dormitory on March 26 as a result of an electric shock. On March 28, the director of the department for life support of the property complex of SakhSU was arrested and charged with causing death by negligence. On April 6, charges were brought against the head of the university under the article about the provision of services that do not meet safety requirements. He was released on recognizance not to leave.

Vilma Ibarra confirmed that flights abroad are not restricted, but warned that there will be a delay in re-entry

Fines, costs, controls: this is how the corona test obligation works for companies