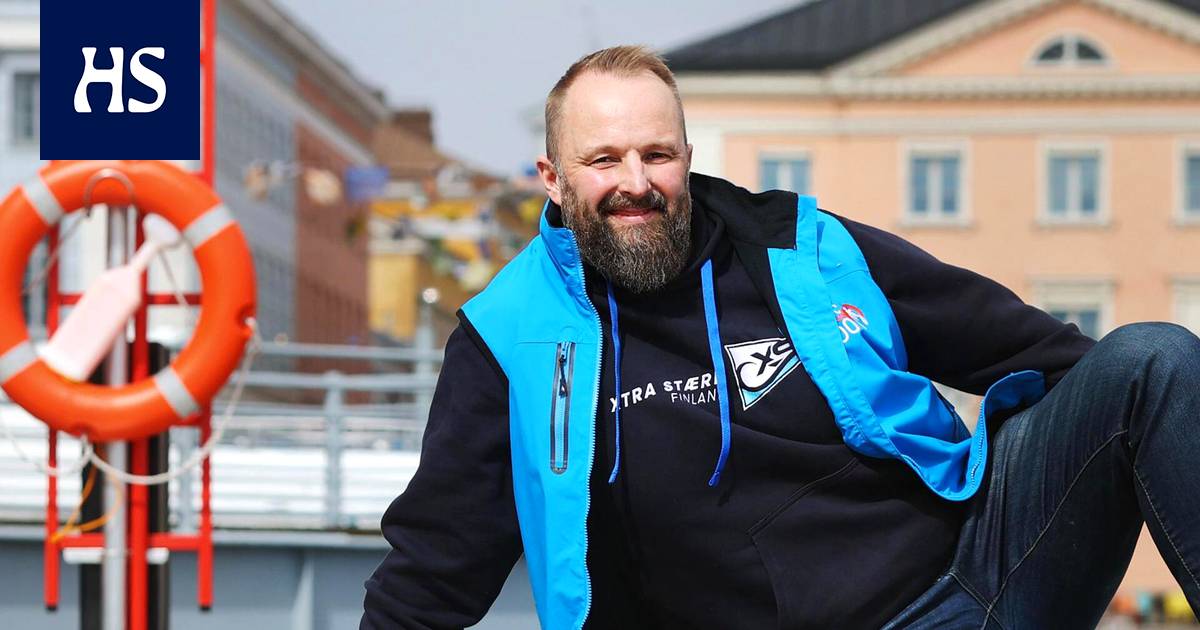 Espoo-based lawyer Arto Linnervuo founded his own yacht club and now his goal is to make Finnish sailing history with a sailing boat climbing on the wave, which draws its name from the mythical fox of eastern and northern Finland.

Finns have traditionally been a seafaring people.

The most recent example of this was when Ari Huusela sailed around the globe alone and without stopping. Before that, he did the same Tapio Lehtinen, but with a different boat.

Lehtinen is already planning new adventures in the world of the sailboat in 2022 and 2023, but other entrepreneurs are coming, such as a commodore and a lawyer from Espoo. Arto Linnervuo.

Very soon Linnervuo will not be sailing around the globe himself. It may never come true, but he still has a vision for Finnish offshore sailing.

Linnervuo’s dream is for a Finnish crew to return to the offshore racing race, The Ocean Race.

It was previously known as the Volvo Ocean Race and before that as the Whitbread race, in which as many as three Finnish boats took part in 1989–1990.

The sailor must have dreams, but first it is worth returning to the surface of the earth and the operation to Tuliketu.

Linnervuo has launched a unique project in which Finnish offshore sailing is taking a significant step. A boat named Tulikettu, skippered by Linnervuo, will participate in its first race in Malta in October.

The goal of Tuliketu and its crew is to be the first Finnish boat to win one of the world’s largest offshore races ever, such as the Sydney – Hobart race, Fastnet in England, the Caribbean 600 race or the Transatlantic sailing from Newport to the United States to England.

Illustration of the Infinity 52R boat under construction.­Picture: Infiniti Yachts

“The boat becomes just the kind of cannon I’ve always wanted to compete with. The fact that Infiniti has chosen us is a sign of strong confidence in Finnish sailing skills, ”says Linnervuo.

Boat is scheduled to land in the United States in July.

Its main designer is British Hugh Welbourn, considered one of the pioneers in sailboat carrier wing technology, the so – called foils.

The specialty of the boat is the one-piece DSS foil wing that slides through the carbon fiber hull, which makes the boat seem to fly at a high speed above the water surface.

The DSS (dynamic stability system) is a fin that can be pushed from the side of the boat into the horizontal water to the side, the side profile of which creates a lifting force in motion and reduces the tilt of the boat.

“The design of the boat has started from the hydrofoil, which it makes optimal use of. I believe it will become a really competitive boat, ”says Linnervuo.

The boat is manufactured by Composite Builders, a Michigan sculpture. It has also built a purse for the legendary America’s Cup, which races for the world’s oldest sports trophy.

In Infinit’s drawings, the 52-foot boat is set to become one of the fastest if not even the fastest single-hull boat in its size class. It is designed for 6-9 people.

“The goal is to do something revolutionary. There is a dream team behind the boat. That’s why I believe in this project. ”

The boat coming to Arto Linnervuo’s crew is scheduled to launch in the United States in July. Observation image.­Picture: Infiniti Yachts

Fire fox Racing is one of the competition teams of the Finnish yacht club Xtra Stærk Ocean Racing Society, founded by 44-year-old Linnervuo. It has grown into a yacht club of nearly a hundred people.

Previously, Linnervuo and his team have sailed as the official representative team of the Finnish Offshore Sailors’ Class Association in the European and Caribbean RORC competitions in 2018–2019.

In its first race, the Finnish boat won the Irish round trip and finished fourth in the finals of the overall competition of the 2018–2019 series of RORC.

“It was the first project to look at the international level.”

In 2019, Linnervuo and his crew placed in the top ten in the overall competition and in their own class at the Rolex Middle Sea Race in Malta. That, too, was a significant milestone in offshore racing.

In those races, Linnervuo will be skipping the XP-44 boat, which is scheduled to compete next summer in the Baltic Sea and, among other things, in Gotland’s circling.

Last year, the pandemic halted much of the competition activity at RORC.

In the opening race In Malta, Tuliket has a crew of nine. There is no need for a large professional crew – even a smaller amateur force can handle this.

Still, Linnervuo has brought in new and experienced sailing names to help develop the team, one of which is the 2000 Finnish Olympic winner. Thomas Johanson. The other is experienced Kenneth Thelen, who toured the Earth at the Whitbread Race 1989-1990 Hjallis Harkimon in the crew.

Tuliketu’s best-known sailor is a New Zealander Stu Bannatyne, who serves as the coach of the Tulikettu Racing team.

Bannatyne, 50, has competed eight times in the Volvo Ocean Race and before in the Whitbread and won four of them.

Bannatyne joins in late summer when Fireworks are on the waters. His involvement in the project can even be considered a sensation.

“The connection to him was made through Infinit. Bannatyne has sailed a lot with DSS foils and was involved in the design of the boat. With him, we can reach maximum speed faster, ”says Linnervuo.

Early next year, Fireworks will gain momentum in the transatlantic race and the Caribbean.

The design of the Infiniti 52R boat has started from the hydrofoil, which it makes optimal use of, says Arto Linnervuo.­

In Europe, the big goal is to make it in 2023 in the Fastnet race in England. This 1,300-kilometer race is one of the classics of offshore sailing.

“It can be compared to a tennis grand slam.”

Thus a big sailing project is expensive. Linnervuo says that the boat’s financing is in order, but does not tell the price.

“Infinit’s goal is for the 52R boat to become its own competition class and to be able to be produced in series. That’s why a boat isn’t as expensive as custom-made racing boats often are. ”

Infinit’s special wish was that the name of the boat be in Finnish. So it connects better to the team’s Finnishness and raises questions as it plows the seas of the world.

According to Finnish folklore, Tulikettu is a mythical fox in eastern and northern Finland, sparked and sparked by fire when it hits a snow project. The firecracker has also lit northern lights.

So it was a dream, a Finnish boat with its crew touring the globe in The Ocean Race – whatever the name of the race was.

“I hope that the result of this project will be know-how, good offshore sailors and a network that the Finnish sailing community can utilize in the future. Ocean Race is not the goal of this project, but precisely the dream that it will sometimes happen. ”

■ Place of birth and residence Espoo.

About a third of Russians told about the postponed COVID-19

Zinichev congratulated firefighters and veterans on the Day of Fire Protection