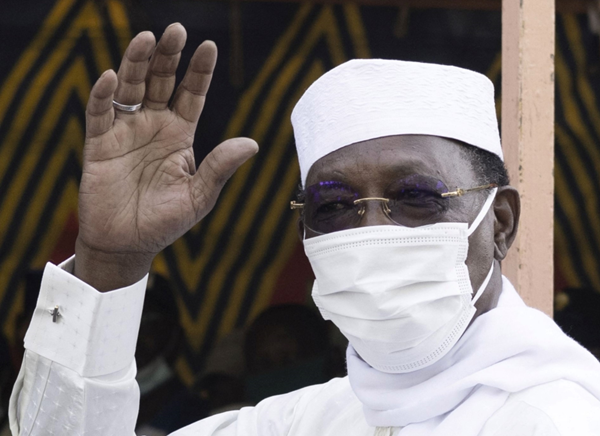 The Sahel countries, which participate with Chad in fighting terrorist groups, welcomed the work of the late President Idriss Deby Itno in “combating terrorism.”
Niger, where a brigade of 1,200 Chadian soldiers is stationed within the framework of the G5 Sahel multinational anti-terror force, praised the “personal commitment” of Marshal Idriss Deby to “fight terrorism and stabilize the Sahel and Sahara region,” as stated in a statement by President Mohamed Bazoum and his government.
“The Nigerian people share their pain with the brotherly Chadian people, express their solidarity and assure them of their commitment to work with them in order to bring peace and stability to the five Sahel countries and the countries located on Lake Chad,” the statement said.
As for the transitional president of Mali Bah Ndaw, he stressed that “the death of President Deby represents a heavy loss not only for his country, but for the entire Sahel and Africa.”
The President of Mali said, “The government and people of Mali express their thanks and gratitude to the people and government of Chad for the multiform support, led by the Marshal, for peace, security and combating terrorism in the Sahel region.”
Burkina Faso President Roch Marc Christian Kabore hailed “the memory of a great supporter of the Pan-African idea and a brother committed to conviction and determination to combat terrorism in the Lake Chad Basin and (region) the Sahel.”
A statement by Mauritania, the fifth country in the Group of Sahel states, expressed Mauritania’s commitment to partnership and cooperation in “difficult circumstances” between it and the countries of the region to ensure peace and security.
The Chadian army is the most experienced joint force in the combined force of the five Sahel countries, which includes Mauritania, Mali, Burkina Faso, Niger and Chad, which are fighting terrorist groups operating in the Sahel region.

In Russia, they wanted to introduce a minimum price for all alcohol

Gondolas Law: the Government gave details on how the lowest price will be set