Saakashvili spoke about the US plan to seize Donetsk 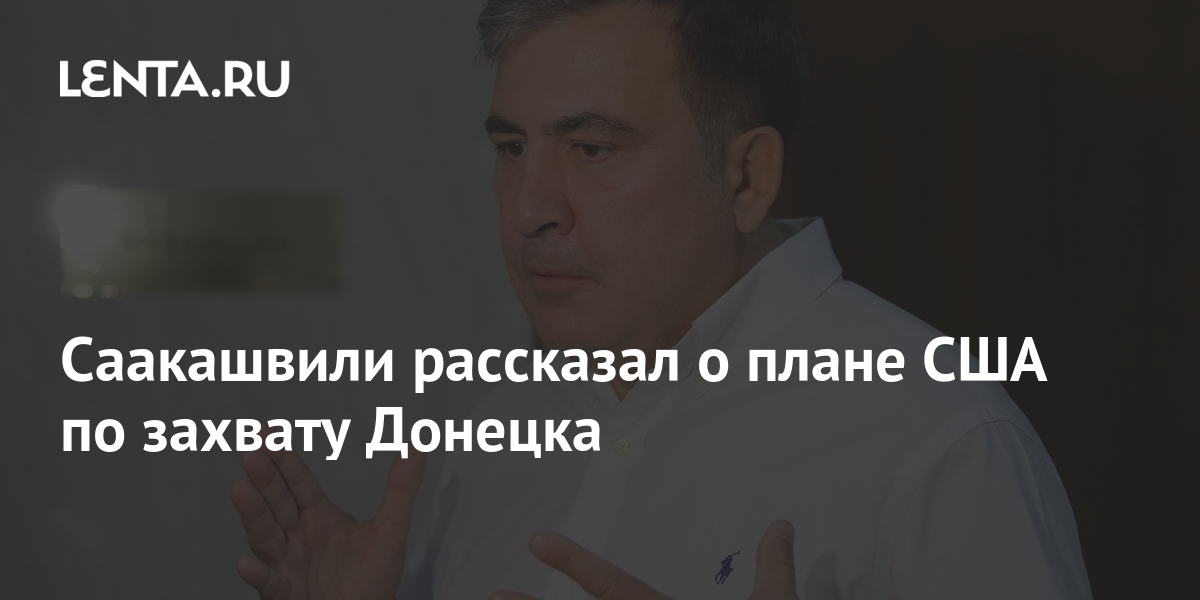 Former President of Georgia and Chairman of the Executive Committee of the National Council for Reforms of Ukraine Mikhail Saakashvili in an interview with the Ukraine-24 TV channel spoke about the US plan to seize Donetsk at the height of the fighting in Donbass. It is reported by RIA News…

According to the politician, the former head of the CIA and the former head of the US Central Command David Petraeus called on Kiev to launch an offensive on Donetsk and even made a plan to seize the city. At the same time, Saakashvili did not specify exactly when Washington planned to carry out this operation.

According to Saakashvili, Petraeus sent him a “long text message” while the former Georgian president was in New York state “on some kind of holiday.” “He says:“ A, B, C, D, D ”- it is written down the points why now is a good time to go to Donetsk,” Saakashvili said. He added that Petraeus insisted on the capture of Donetsk, explaining that the security forces could cope on their own.

Saakashvili also claims that he sent the plan of the American general to the former president of Ukraine, Petro Poroshenko, but he changed the subject in a telephone conversation with him.

Earlier, the self-proclaimed Luhansk People’s Republic (LPR) was concerned about the actions of the Ukrainian security forces. They placed armored vehicles in residential areas of Donbass, said a spokesman for the press service of the People’s Militia of the LPR. According to him, over the past 24 hours, the LPR intelligence found out that the Ukrainian security forces had deployed armored vehicles in the settlements of Krinichnoye and Roty, which are controlled by Kiev.

The conflict in Donbass began in April 2014. Part of the Donetsk and Luhansk regions proclaimed independence. Kiev tried to return them by force, but to no avail. Ukraine accuses Russia of armed aggression and occupation of Crimea and Donbass regions. The Kremlin rejects the claim.