Saad Mohseni: “Most of our journalists have preferred to resign after the arrival of the Taliban” 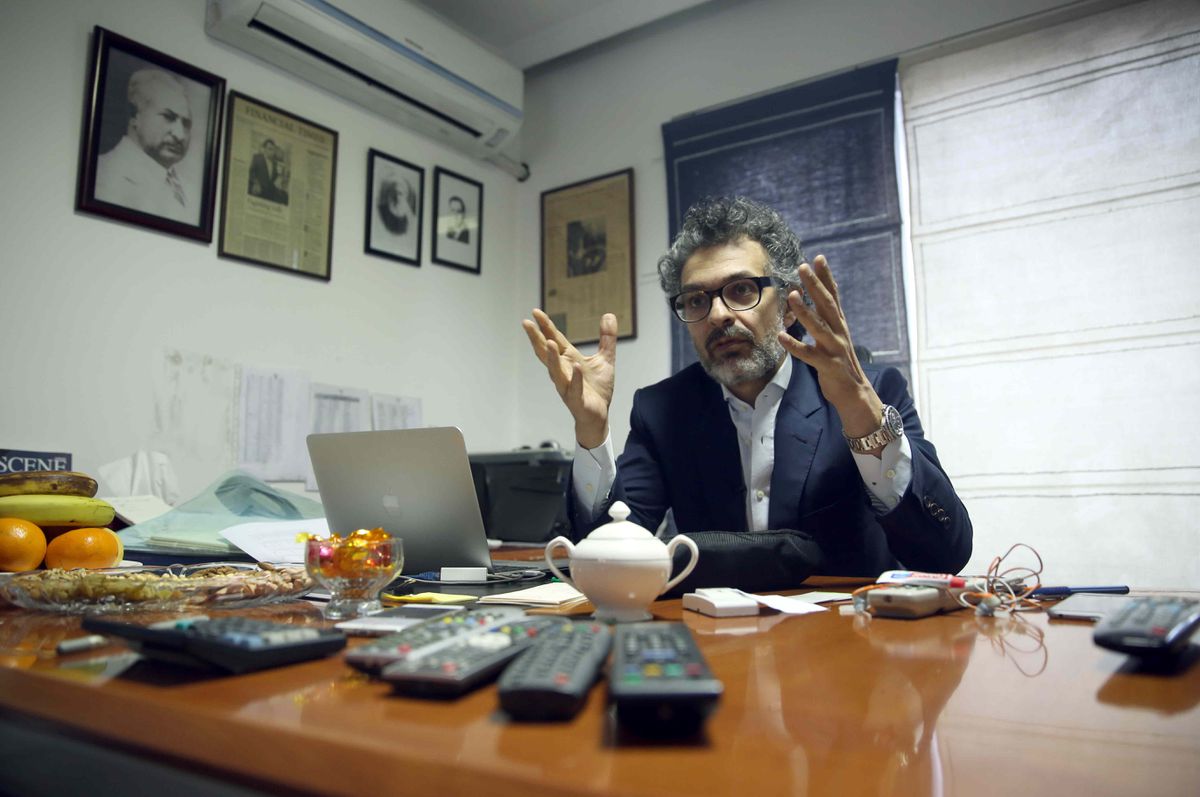 Shortly after the United States ousted the Taliban from power in 2001, Afghan-Australian investor and businessman Saad Mohseni (55) returned to his home country to participate in reconstruction. He bet on the media, first with Arman Radio and then with ToloTV, the first Afghan commercial network. Since its launch in 2004, the channel was a shock to a state television that barely came out of its ashes after the Taliban’s ban.

In the following years, she became a symbol of the new Afghanistan for her professionalism, advocating for freedom of expression, and promoting women’s rights. Branded as immoral by the most conservatives, it survived several attempts to close it, the most notorious after the broadcast of a Shakira concert, despite the fact that it pixelized his chest.

Everything is up in the air with the return of the Taliban to Kabul. Most of the network’s journalists have resigned. Mohseni, the son of an Afghan diplomat (hence he was born in London) who went into exile in Australia after the Soviet invasion, speaks with EL PAÍS in Dubai, where he resides. In his opinion, it is too early to know how these Islamic extremists will behave in their second seizure of power. At the moment, his chain reported on Friday that a group of Afghans demands that the Taliban include them in their government.

Question. Were you surprised by the Taliban’s takeover of Kabul?

Answer: I was amazed at the speed at which they did it. Since the United States announced the withdrawal of its troops, it was difficult for us to see how the corrupt government was going to continue [de Ashraf Ghani] that he had destroyed the Afghan security forces, whether by design or negligence, I don’t know. But so quickly …

P. What is the situation of the chain and its workers?

R. We continue to broadcast normally. Some of the staff have decided to go to the airport to leave the country, but we have hired new teams. It is a strange situation because on the one hand we want to help people to leave and on the other we want to continue with the project.

P. To what extent have they modified their programs?

R. On the news channel, there have been no changes; we continue to do our usual work. In entertainment, we decided to remove some, such as dance, which are the type of content that can offend the Taliban. It was a precautionary measure because we wanted to protect our 400 employees and it is not important in terms of the service we provide to Afghans. We have preferred to be cautious. For the rest, we continue broadcasting soap operas, debates, etc. There is not a big difference.

P. The day after they arrived in Kabul, the Taliban searched their facilities and even offered to place guards for them. Then the head of the Culture Commission visited them. Have they offered guarantees regarding the continuity of their work?

R. They insist that they will respect freedom of expression and that women can continue to go to work. We are still in the early days. I am hopeful that you will embrace some of the changes that have occurred in these two decades. But it’s not that simple. We have to wait to see who will prevail, if the moderate line that shows signs of wanting to maintain relations with the rest of the world, or the more radical sector.

P. That is, more than trusting, expect facts …

R. It is necessary to see in what his words are specified. Politicians everywhere make promises and when they come to power they act differently. The reality is going to be seen when they begin to make decisions, to issue norms, to legislate … We have a long way to go. First they have to form a government, create commissions, etc. Until they start the legislative process, it can take two years.

P. We saw a brave Beheshta Afghand interviewing one of the Taliban leaders, cleric Abdulhaq Hemad, and other of her colleagues reporting from the streets of Kabul. Will they be able to continue doing so?

R. I cannot speculate. We can only try. That is all. During the 18 years that we have been on the air we have had women. We’ll see what happens from now on.

P. How many employees are still working at Tolo and how many of them are women?

R. I have no idea because it is constantly changing. Most of the women have chosen to quit. Before, if we leave out drivers, technicians and security guards, they accounted for 30% of professionals. They were in management positions, both behind and in front of the cameras, on the news and entertainment channels. In all areas.

P. Have the Taliban explained their media plans to Tolo’s leadership?

R. No, they have been vague about this. The only thing they have made clear is that there will be a government soon. For now, they are trying to win people over. They don’t want confrontations with the media. Speculating is useless. We do not know what political model, what social model, they want to implement. All there is is guesswork.