Rusty sabers and damaged equipment: the drama of fencer Belén Pérez Maurice one month before the pre-Olympic 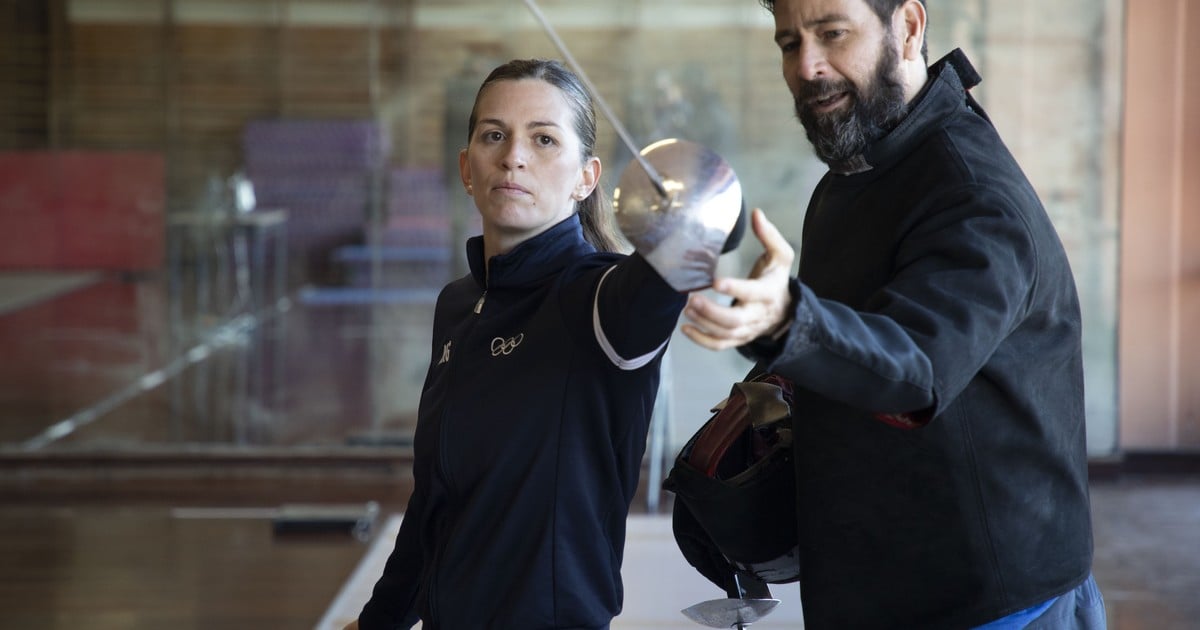 Belén Pérez Maurice felt full: she had returned to compete after the stoppage imposed by the pandemic and had placed 46th out of 189 shooters in the Saber World Cup in Budapest. A long return to Buenos Aires awaited her – with two stopovers of more than 10 hours each – but a bigger objective in her sights: the pre-Olympic in Panama at the end of April to qualify for her third Olympic Games. However, a deja vu: The airline air France, who in 2019 had lost his luggage when he returned from playing the World Cup in Hungary and had to travel to Peru for the Pan American Games in Lima, lost his luggage again. Unlike that time, the bag appeared but with the rusty sabers and damaged equipment.

The problem began in Budapest, where the second connection to San Pablo did not appear on the screen, and worsened in Paris, the first of the two stops on the marathon trip of Belén Pérez Maurice and her coach, Lucas Saucedo. “When we went to Paris, where we had a 10-hour layover, so they had time, they changed our tickets and made us go via Chile, which shortened the trip by four hours. That is, Budapest-Paris, Paris-Santiago and Santiago -Buenos Aires. Obviously, and more with past experience, we told them: ‘Look, I’m from the Olympic fencing team, I have this tournament, I need the bag to arrive. Are you sure they changed the route? ‘. ‘Yes, yes, no problem’, they answered me “, tells the native of San Nicolás to Clarion.

“Well, we arrived in Buenos Aires and the bags were not there, obviously. We made the claim in Ezeiza and they told us that they would arrive the next day. Even though when we went to see the claims on the web it said that the bags were lost and not They found them, on Thursday afternoon they arrived, and there the surprise: I open mine and it was all soaked inside, all my rusty sabers. I also have electrical equipment for competition and everything got wet: the mask, the jacket I washed them and put them to dry but I don’t know if that will last me for a day or two or how long it will work “, the engineer reviews in food, and she explains that in each tournament “what they measure for these materials is the electrical resistance”, something that she cannot do.

One more time @AirFranceAR I lost my bag again, it arrived today all wet with my totally rusty sabers (impossible to use in a competition) and not to mention the clothes, I hope they will take care of my claim.
Ah! In a month I have the pre olympic @AirFranceES pic.twitter.com/TS8tUsKdo8

-How did you feel when you opened the bag and saw it like this?

-The truth is that it is incredible. I can not believe it. I don’t know what happens to Air France with my bags. The blades of the sabers are totally rusted. I can’t use them like that obviously in a tournament. And I also think that in a month I will have the pre-Olympic and that fencing material is difficult to get here, you have to order it from the factory in Germany. Days are going to go by and I need them for my pre-Olympic. Ah, I forgot: they also broke my whole bag, the wheels of the cart.

-I imagine how difficult, above, to make a claim in the middle of a pandemic.

-Yes, in all claims one does not speak to a person directly, it is all online, all through the website, where I have already attached the photos and I am waiting for a solution. But even on the site they warn you that due to the pandemic they will take longer to attend the claim. So I’m there, waiting to see what they do. I started posting on social media like the other time. But they just contacted me to tell me: “Yes, we have already sent your claim to customer service”. I mean, nothing.

-What do you think happened?

-I don’t know what they did. Obviously they forgot the bag in the rain, because it was raining when we were in Paris, and they left it lying there. Besides that, I had borrowed things and it’s all wet and I don’t know how long it was. The other time the suitcase never appeared, it disappeared directly, and now it came to me all soaked. There was plenty of time on the layover so they could get it right and they already go twice before super important tournaments. Let’s see if they take over.

Rusty. This is how the blades of Belén Pérez Maurice’s sabers were left.

-Can the Enard, the Ministry or the Federation intercede or is the claim personal?

-When we returned and the bags had not arrived, the Enard also took charge of speaking directly with the airline and had told them that they had already appeared. From now on the claim is mine for the damaged material. The other time, yes, I remember that even the Chancellery in Paris went to get my bag at the airport.

-Did you have any saber left to train or did you take them all to Budapest?

–I took all my sabers. And because of the pandemic, I didn’t have many either, because since I hadn’t traveled for a long time … To all this, the Enard had bought me some blades – the metal part of the saber – to use in the Pre-Olympic. They were new and now they are all rusty.

-How much they cost?

-Over a month before the pre-Olympic. How are you going to train?

-Lend me. It happened to me the other time and I have no problem, I prefer to have things. But it is the fight and because it is material that is very expensive and today for us much more. And also because it is hard to getIt’s not that I go here to a place and buy it, you have to order it from Germany. That is the problem too. It gives a lot of anger.

With a hamstring injury that is being treated with PRP (platelet-rich plasma) “to better reach the Pre-Olympic” and while claiming Air France, Pérez Maurice clarifies that this will not blur her goal, as when won the silver medal at the 2019 Pan American Games: “The same thing that happened in Lima: the goal and the result are above all these … not small, but all these things. You then take them out and put yourself in competition. And that’s it. Because it would be my third Olympic Game, something that I hope a lot. But as long as I can do something to get my claim taken, I will. “

Kanye West, star of a Netflix documentary that has been filming for 21 years