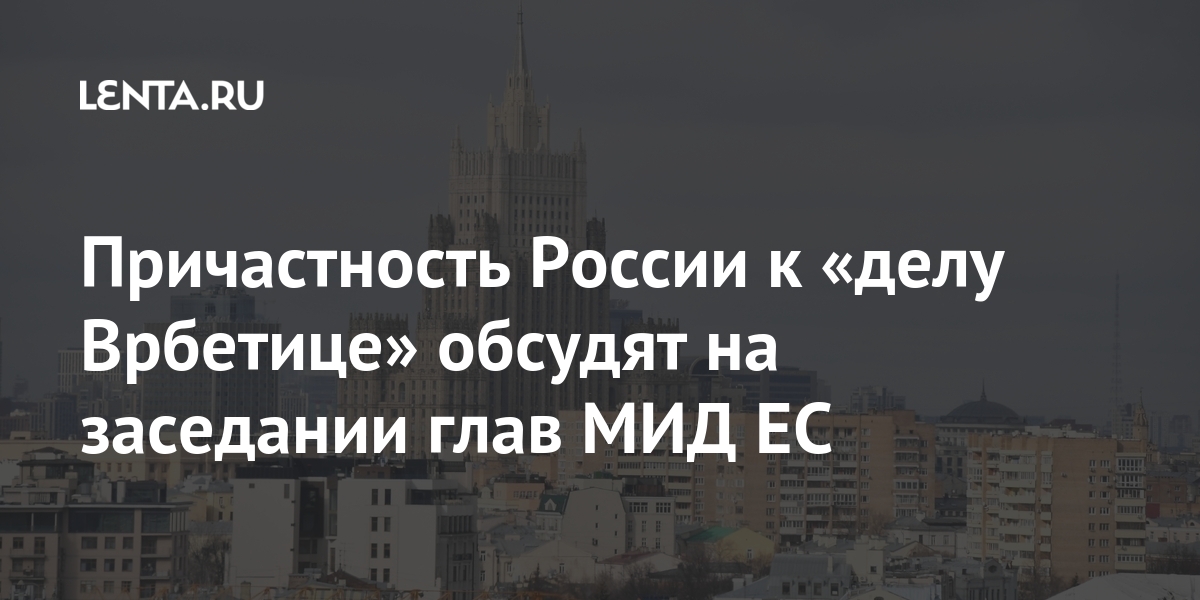 Czech Foreign Minister Jan Hamacek announced plans to discuss the “Vrbetice case”, in which Prague accuses Russia of involvement, at a meeting of EU foreign ministers on Monday, April 19. It is reported by RIA News…

Foreign ministers will also discuss the aggravation of the situation in Donbass at a scheduled videoconference. The issue of sanctions against Russia is not on the agenda.

On Saturday, April 17, Czech Prime Minister Andrei Babis announced that Prague had suspected Russian special services of involvement in an explosion at a warehouse in Vrbetica in 2014. “There is a reasonable suspicion of the involvement of Russian officers in the explosion of an ammunition depot in Vrbetica in 2014. The damage was enormous … But above all, two of our compatriots died there, ”he said.

The Czech Republic announced the expulsion of 18 Russian diplomats from the country. They are suspected of working for the Russian special services, which are allegedly involved in this explosion.

The explosions in Vrbetica took place on October 16, 2014. An estimated ten thousand kilograms of ammunition, including medium-range missiles, exploded. As a result, two people died. The cause of the explosion remained unknown; according to one version, it happened due to the negligence of the workers.

4 matches inaugurates the President's Cup for the hand