Russians were delighted with the nature photo on Medvedev’s page 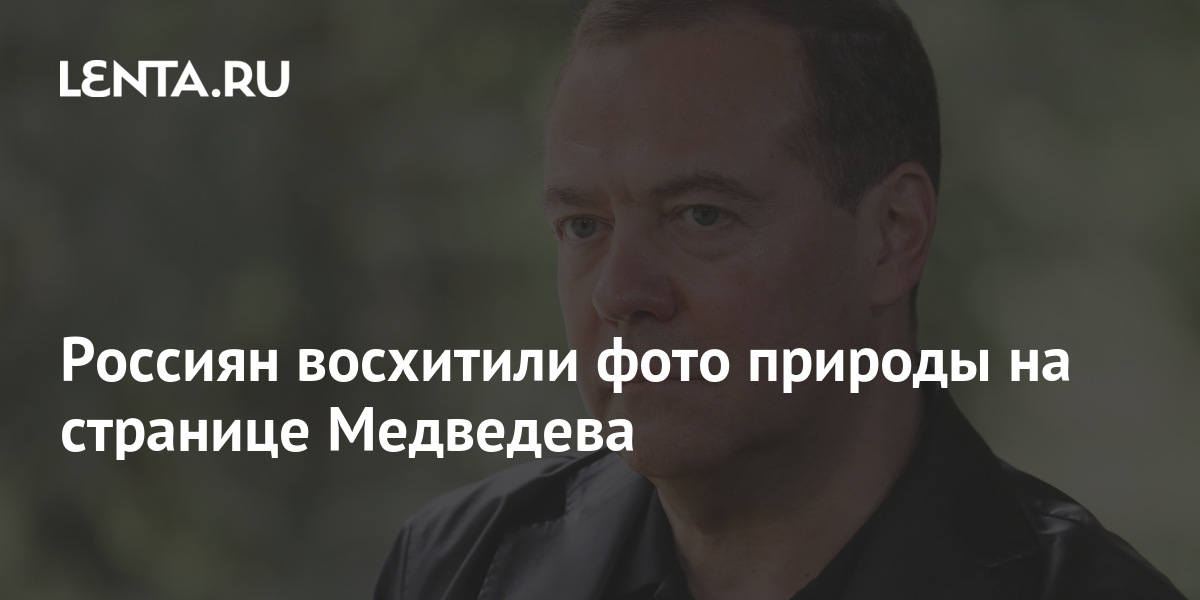 In pictures with the hashtag “summer2021” Medvedev captured the river bank, water lilies, as well as a flock of birds on a stone and a thermometer on which the air temperature is close to 50 degrees.

In the comments, we asked where Medvedev spends his time, as well as what kind of camera he uses for photos. In addition, the Russians admired the pictures. “Birds on a stone – a gorgeous shot”, “Beautyaa”, “Magic”, “Is it really Russia?”, “What is this place? It is very beautiful ”,“ Such nature does not need filters ”,“ My native country is wide ”,“ Dmitry Anatolyevich, gorgeous Russian nature ”, – noted the users.

In February, Medvedev explained a series of flashlights that appeared on his Instagram account. The official denied the assumption that the photo appeared on the eve of the rally of supporters of the founder of the Anti-Corruption Fund (FBK, included by the Ministry of Justice in the register of organizations performing the functions of a foreign agent) Alexei Navalny. Greta, ”Medvedev replied.