Russians warned about the onset of the Little Ice Age 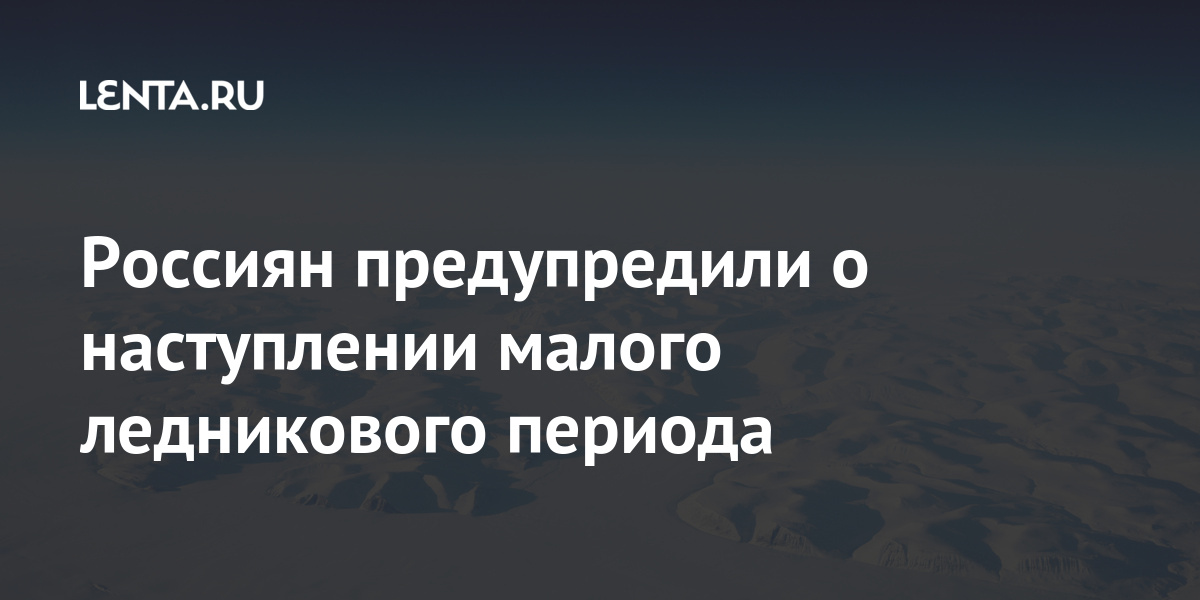 Matishov said that he was at the North Pole four years ago. “You stand there at the end of August – there are hummocks, snow, polar bears around – and you think:“ I would like to gather here supporters of global warming for at least a day, ”he recalled. According to the academician, if the proponents of the theory of global warming were right, the ice in the Arctic would have already melted.

The scientist recalled that the climate is cyclical. He expressed the opinion that the warm period at the North Pole has come to an end, and the climate has turned towards the cold cycle. This is indicated by the imbalance of the climate in the European part of Russia: cold winters, droughts, fires, intense precipitation. “We are heading towards the Little Ice Age. But it will come in thousands of years. Such changes are not noticeable for human life, only for epochs, ”concluded Matishov.

Earlier, a professor at the Russian State Hydrometeorological University Oleg Pokrovsky warned that serious climate changes are taking place in Russia, which in the future threaten with a global cooling. He pointed out that over the past few years, the average surface temperature in the subpolar zone has dropped sharply. The same processes are moving towards the Arctic Ocean, in connection with which the processes in the atmosphere are changing. If this continues, the world will get colder, especially in the Scandinavian countries and Russia, Pokrovsky said.

250 participants in the cycling race in Al Hudayriat

European diplomats were reminded of the rules of conduct in Russia

Alcudia beach services will start from the first of May