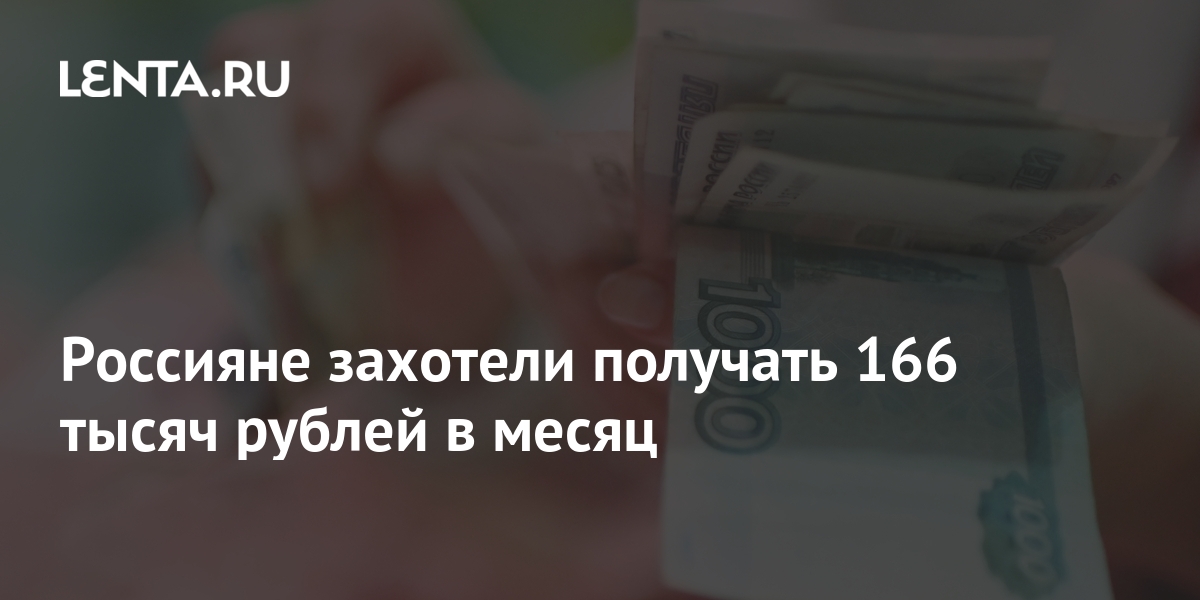 On average, Russians would like to receive about 166 thousand rubles a month for work, while men in Russia need more. It is reported by TASS with reference to the research results of the Rabota.ru service.

According to the survey, men have a higher desired salary than women.

The study was conducted in December 2021 in all regions of Russia; more than seven thousand people over 18 years old took part in it.

Earlier in January, recruiting experts said that up to two-thirds of Russian companies could raise employee salaries in 2022.

See also  Capello: "Zlatan? I immediately asked Juve to take him. I just wanted him."

On January 10, State Duma deputies Yaroslav Nilov and Mikhail Shchapov proposed to reduce the tax on income of low-income citizens to zero. There was also an idea to take from the rich up to half of the income.