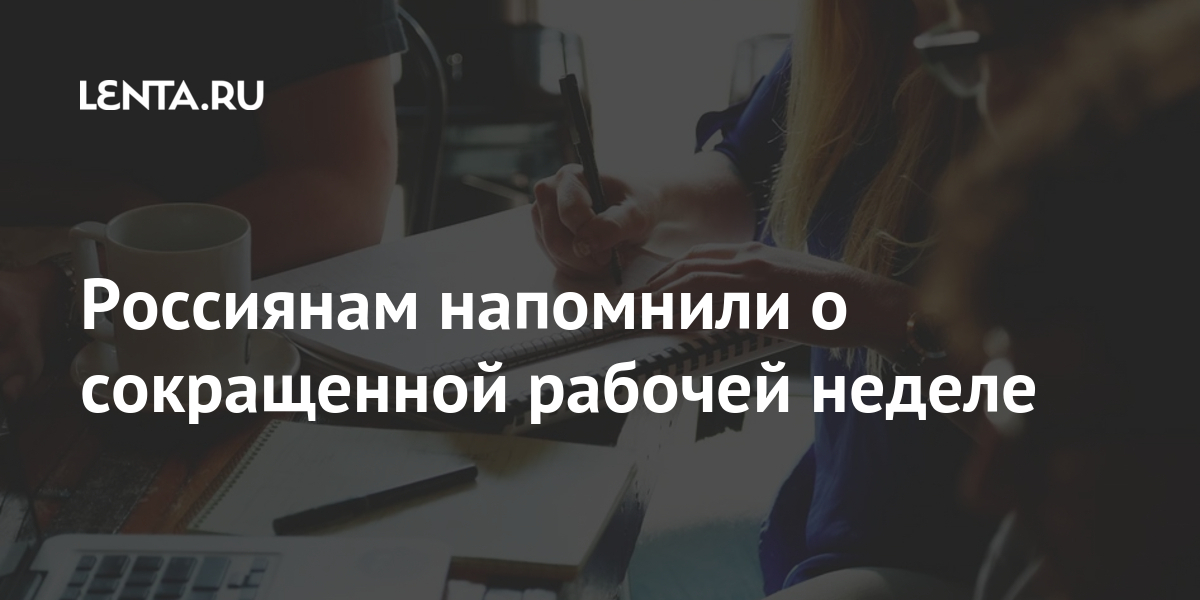 Rostrud reminded the Russians that they will have a shorter working week after a three-day weekend in honor of Defender of the Fatherland Day. Reported by TASS with reference to the press service of the department.

They clarified that due to the holiday, the previous working week was six days, and the weekend lasted from Sunday, February 21, to Tuesday, February 23. The upcoming work week will last only three days – from February 24 to 26.

In addition, the Russians were warned that in connection with International Women’s Day, they will have a four-day work week from March 9 to 12, which will be preceded by a three-day weekend. The first two working weeks in May will also be four days. In the summer, Russians have only one short working week to celebrate the Day of Russia on 12 June. The next long weekend for the Russians will be in November in connection with the Day of National Unity. Due to the postponement of the weekend, citizens will work from November 1 to 3, after which they will have a weekend from November 4 to 7. The last work week of 2021 ends on Thursday, December 30.

In October 2020, Prime Minister Mikhail Mishustin approved the production schedule for 2021. Officially, December 31 is approved as a day off. Alejandra Baigorria to Yahaira Plasencia: I have patented ‘La patrona’

The kids of Boca: a change of idea and how Miguel Russo led them to ownership