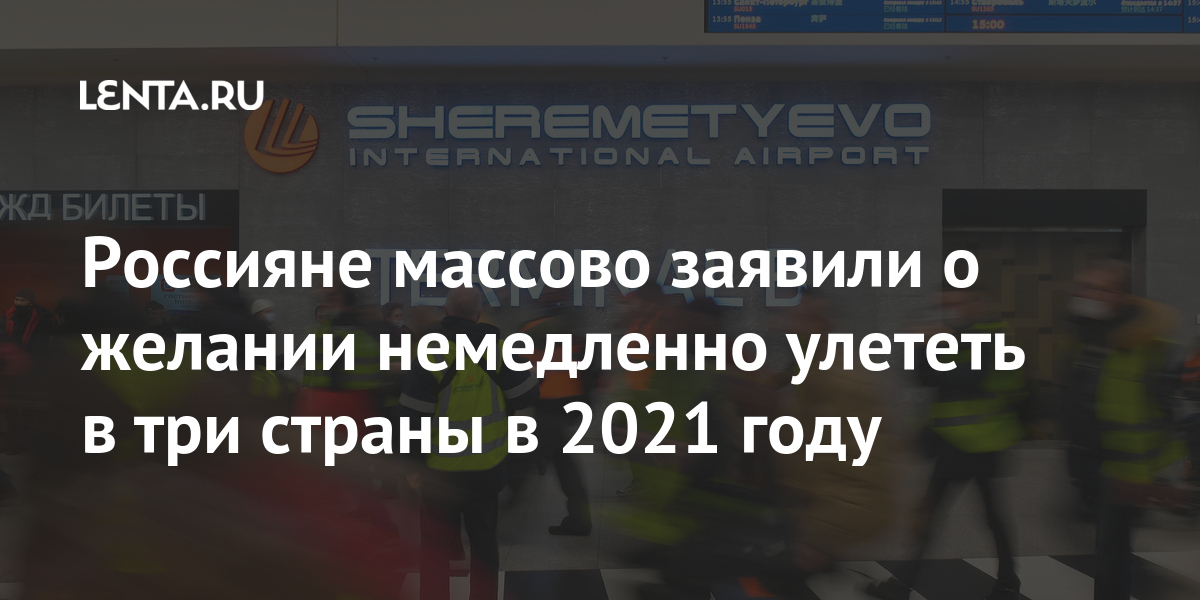 Russian tourists prepared for spontaneous trips in 2021 and massively announced their desire to fly to several countries. This is evidenced by the results of a study of the travel planning service OneTwoTrip, received by the editorial board of “Lenta.ru”.

According to the data received, the majority of respondents immediately want to visit three states: Turkey (10.5 percent), Italy (9.3) and the United States (8.5) – Russians would go there without long preparation and planning. The most popular cities were Istanbul (6.8 percent), Rome (5.2) and London (3.6).

Sochi (18 percent of the vote), St. Petersburg (13) and Moscow (7) were named among the Russian cities where tourists would like to “suddenly break off”. Also, many respondents would choose Kaliningrad (6 percent) and Kazan (4).

In general, 64 percent of the survey participants noted that this year they intend to travel spontaneously, 34 percent of them are ready to leave right now for one of the regions of Russia, and 58 percent dream of a sudden trip abroad.

On December 30 last year, it was reported that Russian tourists massively decided not to receive cashback for trips around the country because they did not have a Mir card, which was a prerequisite for participating in the program. So, according to analysts, only five percent of tourists took advantage of the opportunity to return part of the money for tours around Russia.

Vital triumph of Murcia in Granada