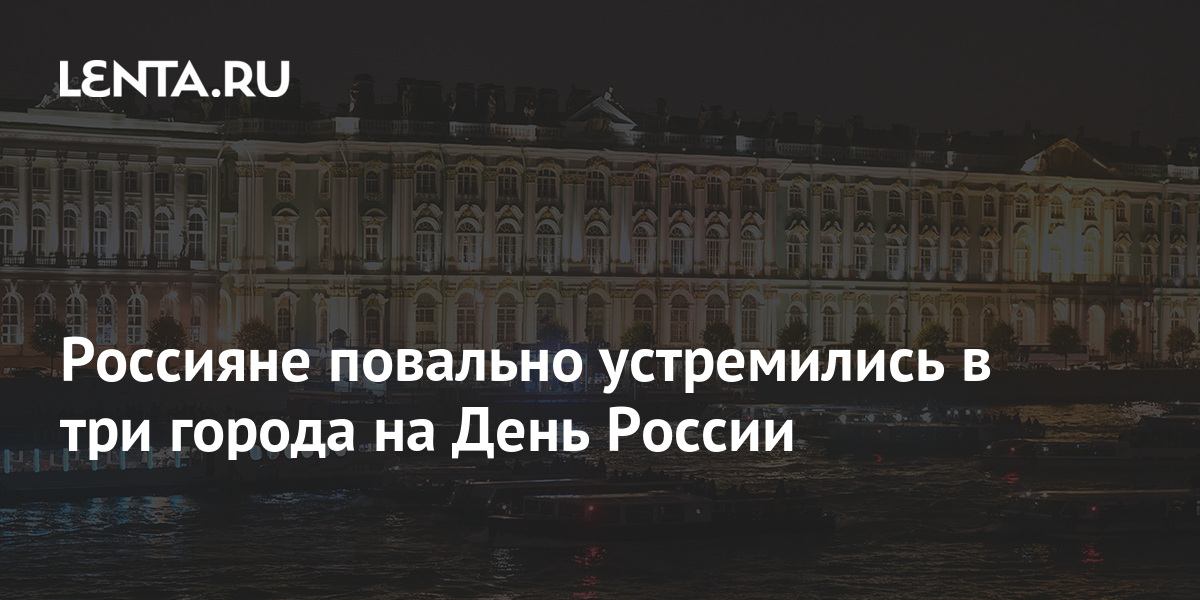 Russians flocked to Moscow, Sochi and St. Petersburg for a long weekend from 12 to 14 July on the occasion of Russia Day. This became known from the data on booking air tickets of the online service Aviasales, received by the editorial office of Lenta.ru.

Experts noted that most of the air tickets were purchased to Moscow – 16 percent of Russians are planning to go here for the June holidays. In second place is Sochi – this city was chosen by 13 percent of tourists, in third place with a small margin – St. Petersburg – 12 percent of travelers wanted to visit it.

Crimea is also on the list of popular destinations – ten percent of Russians will go to the peninsula, five percent each to Kaliningrad and Anapa, three percent each to Krasnodar and Mineralnye Vody, and two percent to Yekaterinburg and Gelendzhik.

At the same time, Crimea turned out to be the most popular region for flights from Moscow – about 25 percent of air tickets were booked here. So, a flight to Simferopol and back will cost about 11.2 thousand rubles. Flights to Sochi (16 percent of total sales) are no less in demand – the average check was about 11.7 thousand rubles and Anapa – 12.3 thousand rubles (about 10 percent).

Most of the train tickets from Moscow were purchased to St. Petersburg – about 30 percent. Residents of the city on the Neva similarly chose the capital as a popular destination – more than half of the bookings. Also, the Russians are interested in trips to Anapa, Nizhny Novgorod and Simferopol.

Earlier in June, the Russians talked about plans for a holiday on Russia Day. According to the survey, more than half of citizens (58 percent) wanted to take a short trip around the country for a three-day weekend, while 34 percent of respondents have already planned their trip. However, almost the same number of respondents admitted that they will spend the holiday at home – 53 percent.