Russians changed their minds to send their children to universities 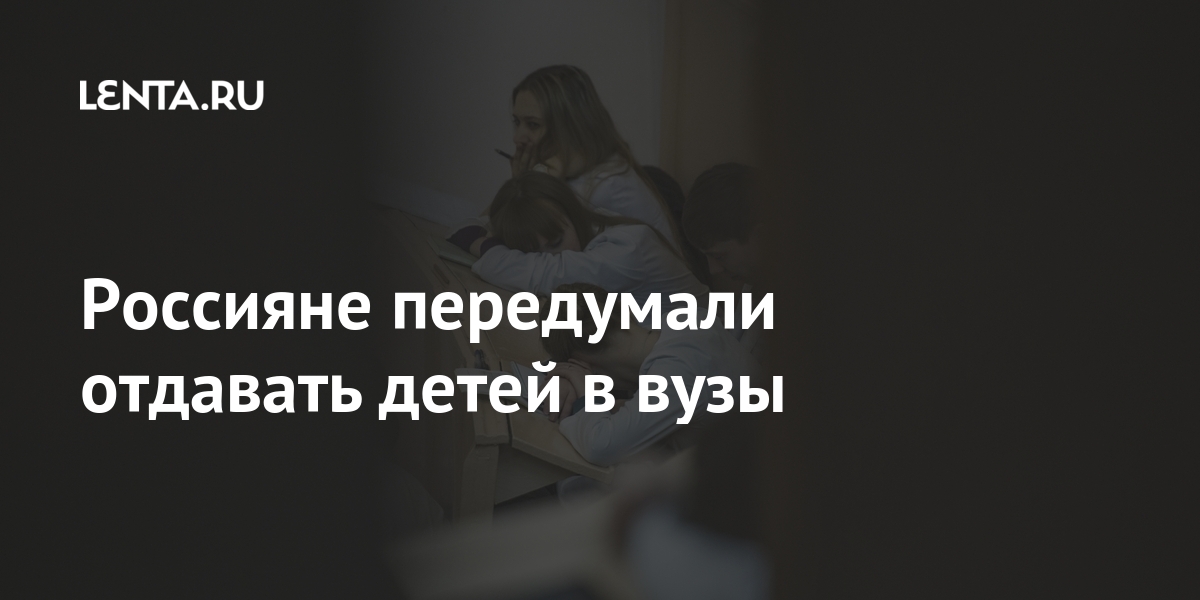 Over the past ten years, the share of parents of school graduates relying on higher education for their children has almost halved. RBC writes about this with reference to the study of the Superjob service.

43 percent of the respondents predicted that their children will enter a university. In 2010, there were 80 percent of such parents.

21 percent of parents supported the admission of their children to a secondary vocational educational institution, while in 2010 only 8 percent of respondents gave such an answer. 26 percent of schoolchildren have not yet decided on their future plans.

Sergei Komkov, President of the All-Russian Education Foundation, explained that the current trend is normal practice. According to him, the imbalance, according to which each graduate had to enter the university, is now being corrected. There is no such situation in any other European country, he said.

Andrei Margolin, RANEPA Vice-Rector, Director of the Institute of Finance and Sustainable Development, suggested that people want their children to receive a specialty. “Perhaps they have a feeling that children, having received additional secondary vocational education, will increase their competitiveness in the labor market,” he admitted.

On March 3, it was reported that tens of thousands of students would not be able to find work in their specialty. Many Russian companies cut their staff, they do not need new employees, but universities do not reduce the number of admitted applicants.

Young specialists will have to learn additional skills in order to find a vacancy for them, experts say. Difficulties may arise this year for students at the faculties of tourism, business and service economics, says Irina Abankina, director of the Institute for Education Development at the Higher School of Economics. Associate Professor of the PRUE G.V. Plekhanova Lyudmila Ivanova-Shvets is sure that in a year the situation in the most affected sectors of the economy will remain tense, and the education sector cannot change the number of students so quickly.

According to research results, more than 40 percent of graduates did not work in their specialty and before the pandemic, now this percentage may increase.

Third corona wave: The youngest carry the virus into their families - Bavaria needs a school solution

The volume of thefts from the accounts of Russians last year reached 9.8 billion rubles