Russian woman with a knife attacked her nine-year-old son 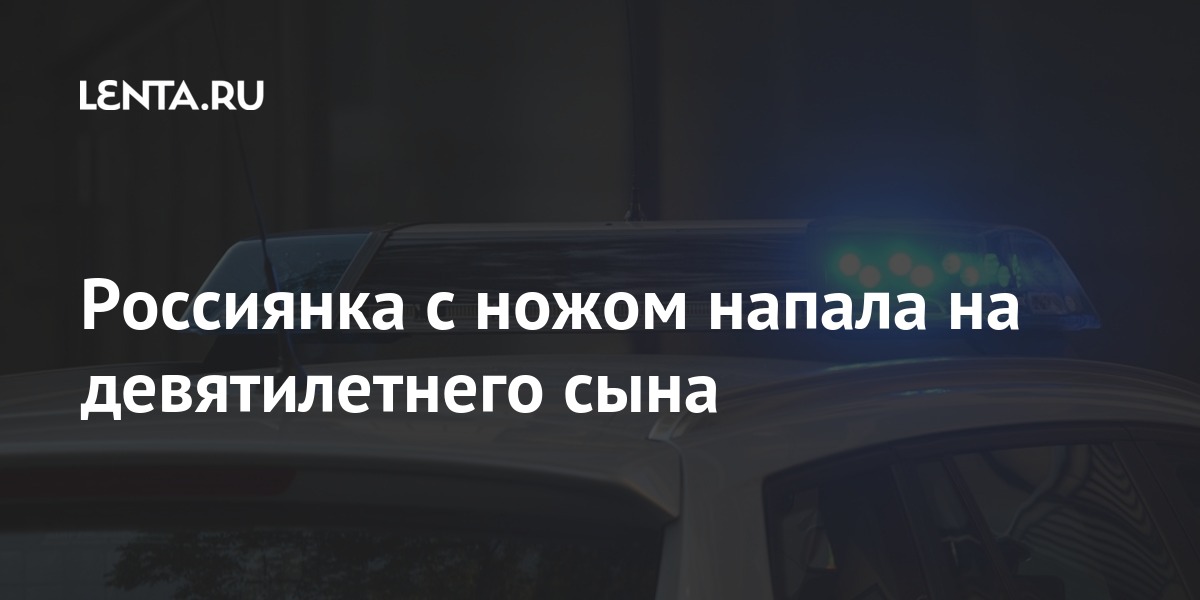 In St. Petersburg, an aggressive woman with a knife attacked her nine-year-old son. It is reported by RIA News with reference to the press service of the GUMVD for the city and the Leningrad region.

On the evening of Sunday, April 18, the police received a report of shouts from an apartment in 55/5 on the South Highway. Law enforcement officers arrived at the scene. The apartment contained a 48-year-old woman, her 29-year-old daughter and a nine-year-old boy with a knife wound in his hand.

As the press service clarifies, a conflict with a fight arose between the landlady and her daughter because of the drug addiction of a young woman. Her mother ran to the neighbors for help, and when she returned, she saw her daughter with a knife in her hands and her grandson with a cut wound in her arm. The police detained an aggressive Russian woman, she was taken to the police department. The boy was handed over to doctors, nothing threatens his life.

Earlier in Stavropol, unknown assailants beat a father with a small child near a grocery store. The reason for the conflict was the remark. The victim, 41-year-old Ivan Vyatkin, was walking along the sidewalk with a child, and a passing car sprayed them. Ivan expressed his dissatisfaction with the situation. The car stopped, the driver got out of it, who called his friends for help and “taught the man a lesson.”