Russian woman was the only passenger on a flight from Turkey 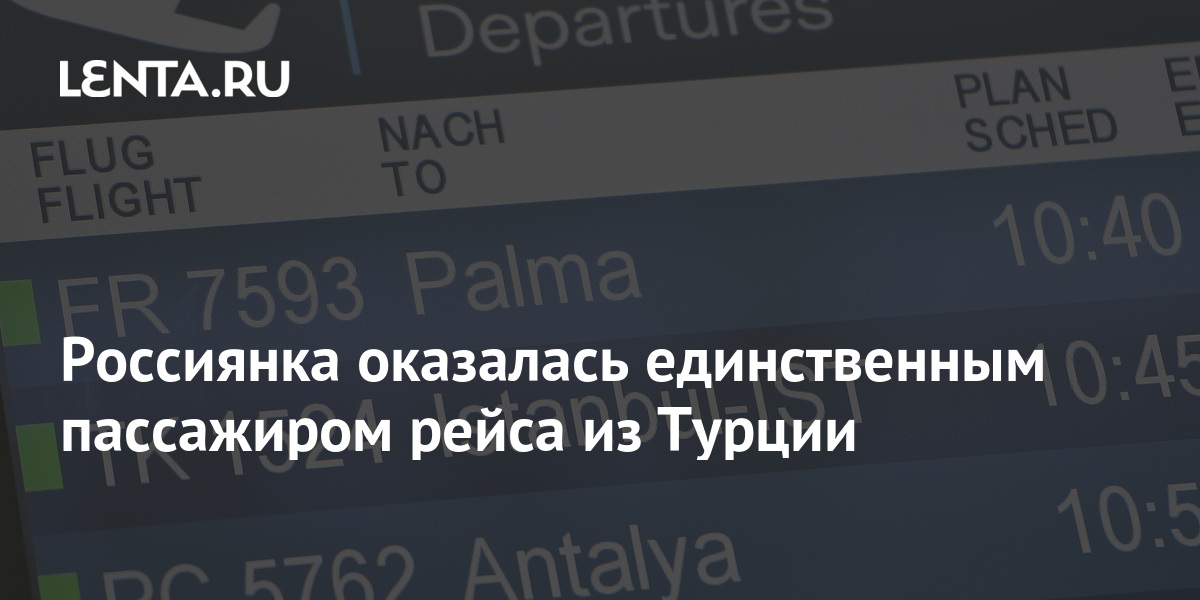 A resident of Yekaterinburg was the only passenger on a flight from Turkey to the Ural capital, reports E1.RU.

As the Russian woman said, she has been living in Turkey since last year, and now she has decided to come to her hometown. On the day of departure from Antalya, she almost accidentally found out that the flight was postponed two hours earlier than the appointed time, and barely managed to arrive at the airport on time.

She was the only person on board. According to the girl, she even thought that there was some mistake, but boarding the plane went as usual. Later it turned out that she was the only passenger on the flight.

“A huge” three-room “plane, and I’m alone in it. 12 crew members are shocked! So do I. Three people from the staff approached me to get to know each other. The most important question is: how did I get here? And I have a question, why this flight for the sake of one person? My ticket with luggage cost three thousand rubles! ” – the girl described her feelings.

The flight attendants told her that the flight took place so that the plane would not be idle. There were no passengers on it, since air traffic between Russia and Turkey resumed only the day before and, therefore, there was simply no one to fly back to Yekaterinburg.