Russian woman staged an accident with three victims of a tick 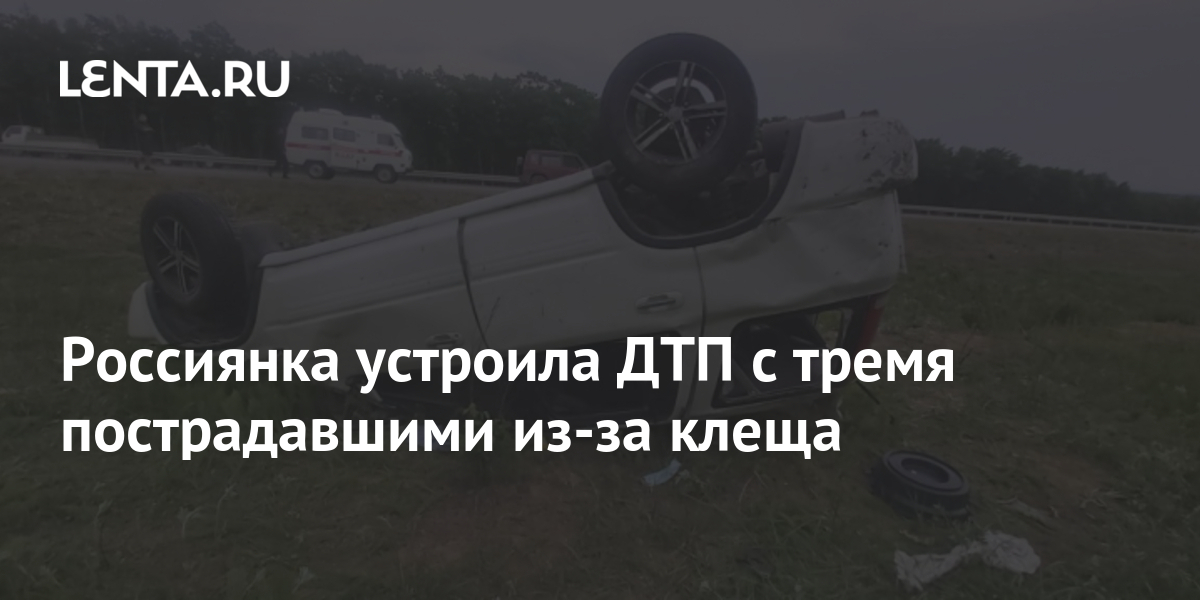 A Russian woman staged an accident with three victims, seeing a tick on herself. About it informs press service of the State Traffic Safety Inspectorate of the Russian MIA Administration for the Primorsky Territory.

The accident happened in the Mikhailovsky district of the Primorsky Territory. While driving, the 41-year-old female driver felt an insect crawling on her shoulder. Seeing the tick, she asked her daughter to bring a bottle of water in order to place it there. At some point, she was distracted from the road, and the car drove into a ditch and turned over.

The driver sustained a head injury and fractured ribs. Doctors diagnosed her son with head injuries and a fractured shoulder, and her daughter with spinal injuries. It is noted that the driving experience of a woman is more than 10 years, and she is not listed in the database as an offender.

The driving experience of the motorist is more than 10 years, she was not brought to administrative responsibility for violation of the traffic rules.

On June 21, nine people were injured in an accident near Sochi after a bus collision: eight children and a driver. All of them were taken to the hospital. The accident, as a result of which one of the vehicles caught fire, occurred in the Tuapse region. According to preliminary data, brake failure was the cause of the road accident.