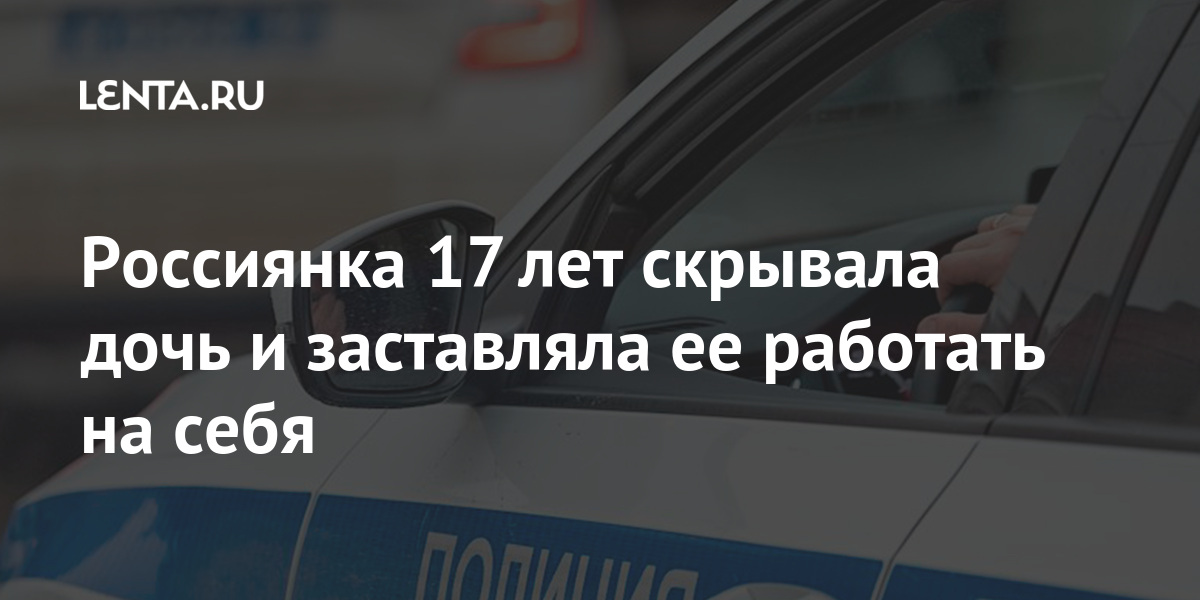 A resident of the Moscow region for 17 years hid her daughter from society and forced her to work for herself. This became known from the report of the Ombudsman for the Rights of the Child in the Moscow Region Ksenia Mishonova, reports RIA News…

According to Mishonova, the girl was found in the fall of 2020. Mother did not take her to hospitals, kindergarten and school, she did not communicate with anyone, did not study and did not have documents.

The child worked in the production of the mother, but escaped. A guardian-mentor was found for the girl and documents were drawn up. Now she is studying to be a hairdresser and is being treated by a dentist.

In November 2020, a seven-year-old boy with his father, who lived in a makeshift hut, was found in a forest in Balashikha near Moscow. The man, a native of Uzbekistan, was unable to return to his homeland due to the pandemic, his wife died. The father and the boy did not have any documents, he did not go to school, but his father tried to take care of him.

Berserk: Will they finish it? After a difficult decision, you will have an indefinite hiatus | EarthGamer

Evelina Cabrera’s struggles: she lived on the street, she fought for equality in football and was recognized by the UN and the BBC