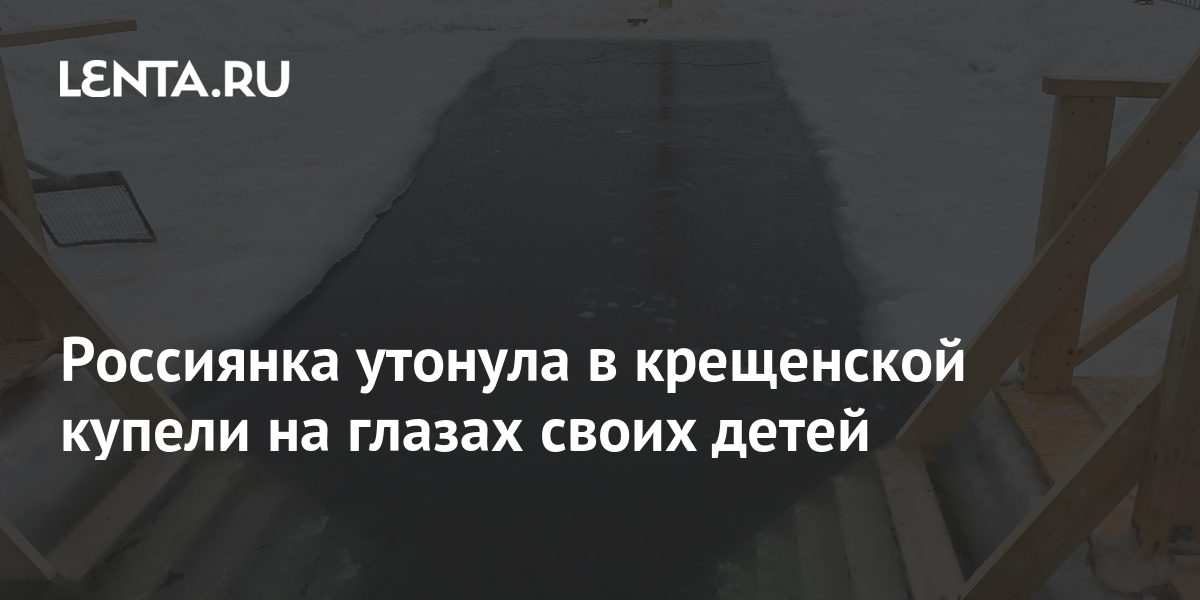 A Russian woman drowned in an unequipped hole on the Feast of the Epiphany in the Gatchina district of the Leningrad region. About it informs Base.

A 40-year-old woman jumped into a font on the Oredezh River, and the undercurrent swept her under the ice. The incident happened in front of her children. The woman’s husband jumped into the water, but could not find her.

The body of the deceased has not yet been found. Rescuers called off their search clarifies the Leningrad regional television company.

Earlier, the president of the Moscow Winter Swimming Federation, chairman of the Winter Swimming Club “Capital Walruses” Natalya Seraya told Lente.ru about the recommendations and procedures for those who want to plunge into the icy water on Epiphany night. For example, do not enter the water slowly. And drinking alcohol can be deadly. Immersion in ice water is contraindicated for people with diseases of the cardiovascular system, kidneys, as well as mental illness. Also, you should not come to the font with a cold or exacerbation of chronic diseases, Seraya noted.