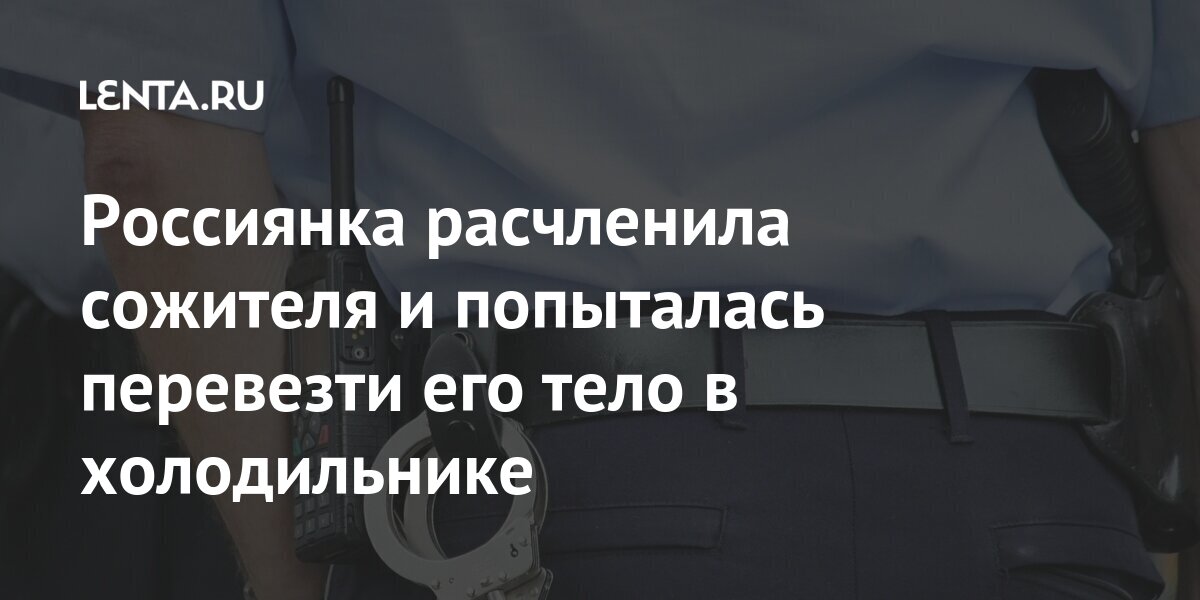 A resident of Krasnoyarsk killed and dismembered her roommate, after which she hid his body in the refrigerator. This is reported on website Of the Investigative Committee of Russia (TFR) for the region.

According to law enforcement agencies, the 39-year-old Russian woman drank alcohol with her 27-year-old boyfriend on the night of March 8. During the feast, there was a conflict between them over an insignificant reason, as a result of which the Krasnoyarsk woman stabbed the man with a knife in the chest.

Eight days later, in order to hide the traces of the crime, she dismembered the body of the murdered man, packed it in bags and put it in the refrigerator. After that, the woman called a cargo taxi and asked to take the refrigerator to another part of the city. On the way, the movers noticed the dripping blood and asked the customer what was inside.

A resident of the city confessed to the crime. The movers called the police, who detained the suspect.

Earlier, the Kirovsky District Court sentenced the 45-year-old Samara resident to ten years in a special regime colony for dismembering a guest who harassed his girlfriend. In early September last year, the accused’s partner invited a stranger to visit her. After drinking alcoholic beverages, the invitee began to molest the girl. In response, her young man, previously convicted of robbery and murder, took a knife and stabbed him nine times, which were fatal.

MasterChef Celebrity: Paula Chaves was the special guest of the program

Reporters – Pardada Pardadi School: A Path to Equality for Girls in India