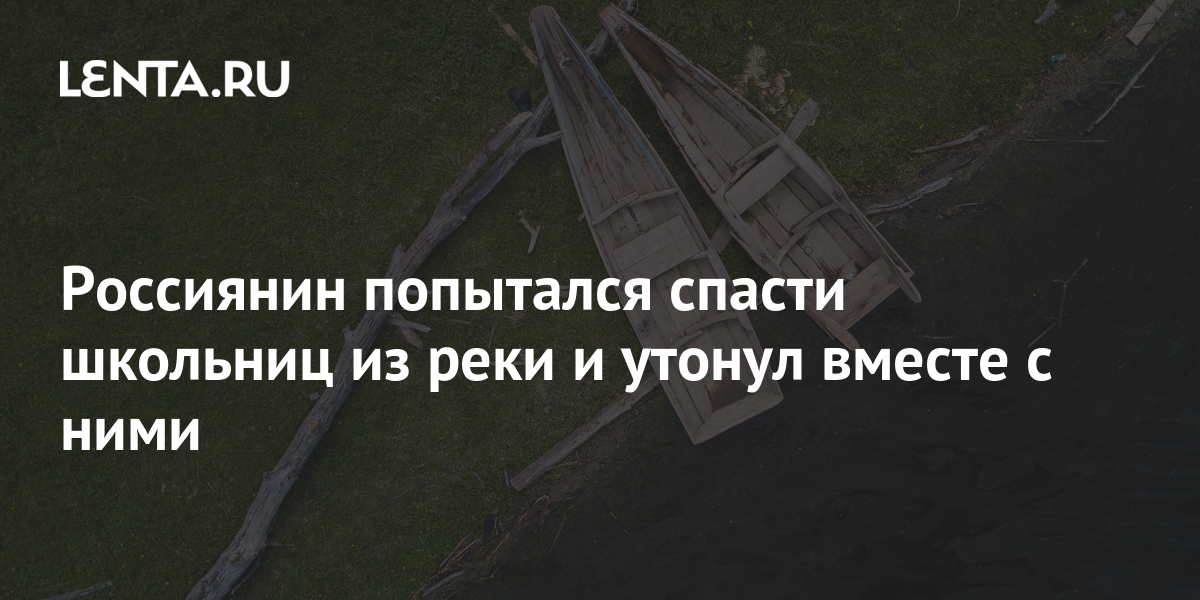 The Russian tried to rescue two 14-year-old schoolgirls from the Irtysh River in the Omsk region and drowned with them. About it reported on the website of the regional prosecutor’s office.

According to the ministry, on July 3, in the village of Troitskoye, three girls began to drown in the river. A 32-year-old man who was resting nearby came to their aid. As a result, he saved one girl and drowned himself. Two other minors also died.

The prosecutor’s office found that the local authorities did not fully take measures aimed at preventing accidents on the water. The Omsk department of the Investigative Committee of Russia opened a criminal case under Articles 109 (“Causing death by negligence of two or more persons”) and 293 (“Negligence”) of the Criminal Code of the Russian Federation.