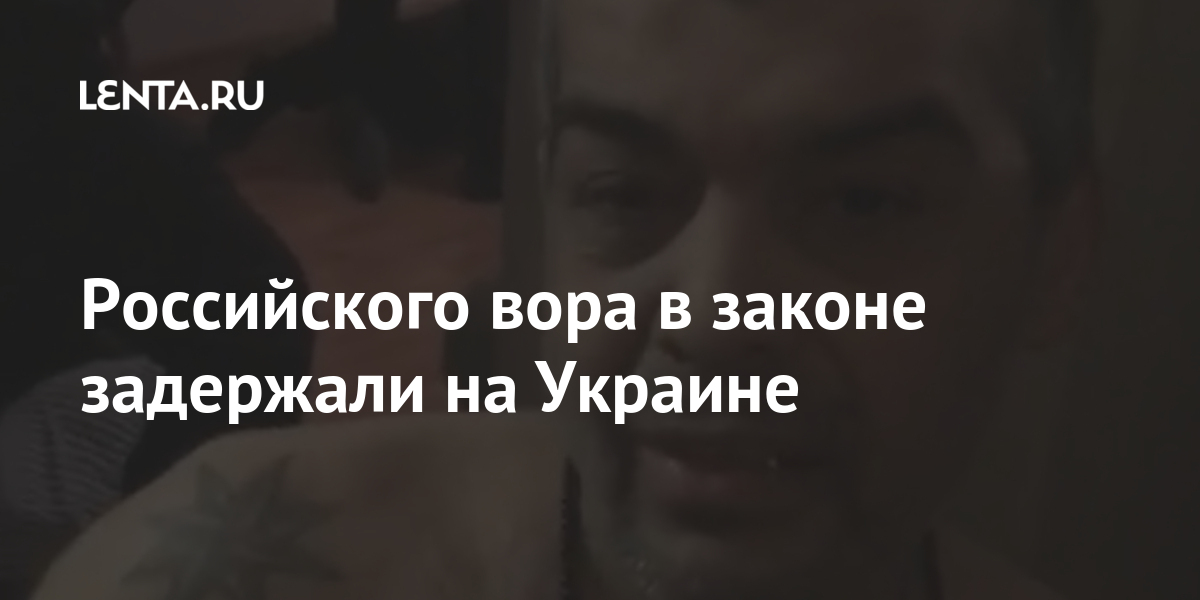 A 44-year-old Russian citizen, a thief in law named Mamuka Khonsky, was detained in Odessa. This was announced on Thursday, March 18, by the Prime Crime news agency, citing the press service of the National Police of Ukraine.

According to the department, Mamuka Khonsky is illegally staying on the territory of Ukraine, temporarily living in Odessa. Law enforcement officers managed to establish the whereabouts of the offender. At the moment, the issue of the forced expulsion of the criminal authority from Ukraine with a ban on entry is being resolved.

In 2005, a native of Georgia and a citizen of the Russian Federation received the status of a “thief in law” during his imprisonment in a colony. For committing serious crimes, he spent about 20 years in prison. He was released last October.

Earlier, on March 18, it was reported that a special operation took place in Odessa to detain a gang led by thief in law Levan Mirtskhulava, known in criminal circles as Puchur or Levan Sukhumsky. A group of Georgians was covered on Segedskaya Street.

On June 4, the Verkhovna Rada adopted a law on thieves in law and criminal associations, according to which the creation of a criminal community and the status of a thief in law should be criminalized. Also, punishment is provided for those who turn to authorities for help.

Coronavirus Distance education has not reduced the number of infections among young people - Hus Infection Chief: School restrictions are not very decisive now