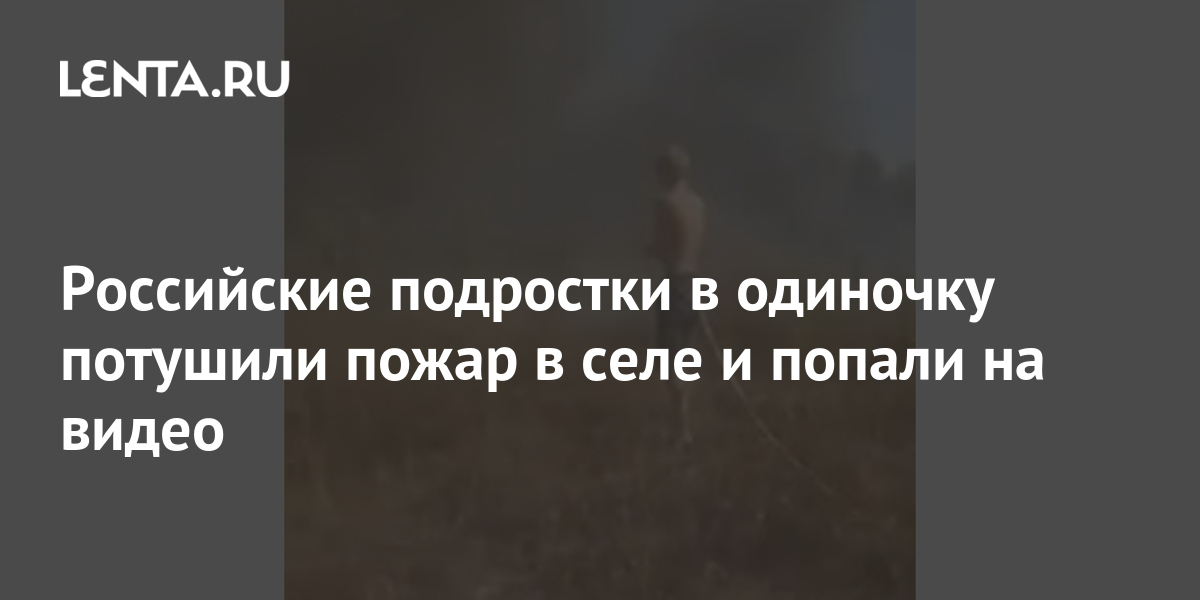 In the village of Kryazhim, Saratov Region, several teenagers extinguished the fire single-handedly. The video from the scene was published on his Youtube-channel user Vladimir Stepanov.

The footage shows how teenagers, without the help of adults, extinguish the fire that engulfed the fence and dry grass. One of them pours water on the flame from a hose, and the other uses the means at hand – hits the fire with a jacket.

As reported FAN, the fire was caused by burning hay, the flame began to spread to the barn and dry grass. The first to come to the scene were teenagers from a large family: they dismantled the burning fence, poured water on the fire. The children managed to put out the fire.

Earlier it was reported that the Russian firefighters who participated in extinguishing the Mordovian reserve on the border with the Nizhny Novgorod region were surrounded by flames in the middle of the forest. The group managed to cut down trees along the inner edge of the burning ring, thanks to which the fire was localized.

Boeing C-17 Globemaster III: this is the plane that the United States uses to evacuate Afghans from Kabul

The incidence soars 53% among young Murcian in the last week