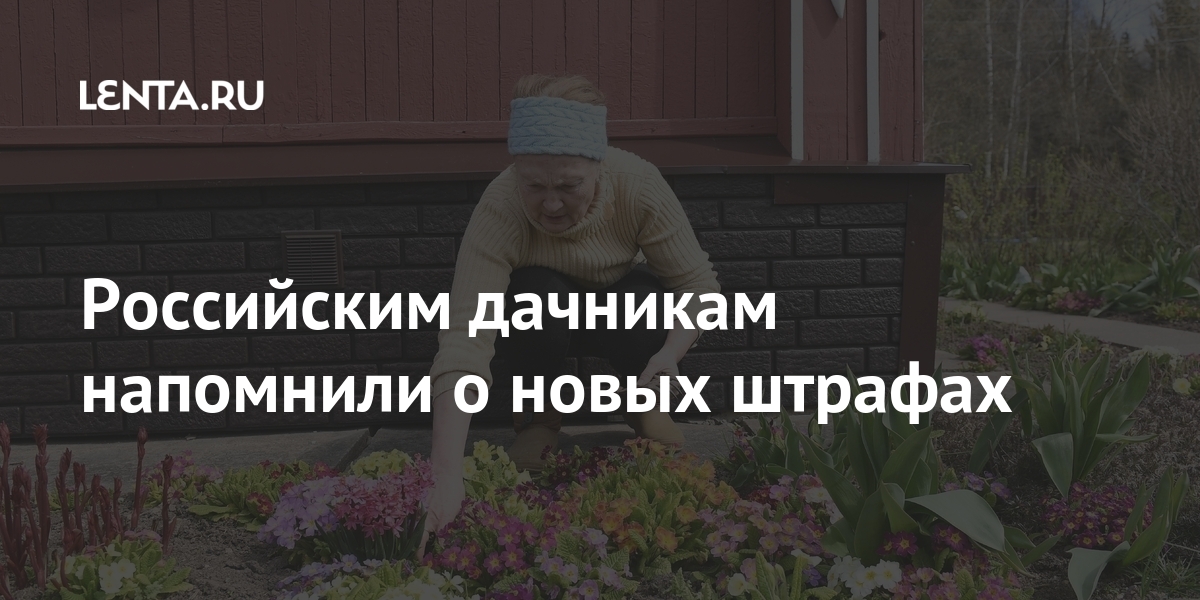 Russian summer residents were reminded of the new fines: from 2021, new fire regulations have been introduced for residents of SNT. This was reported by the Prime agency with reference to the General Director of the Urvista law firm Alexei Petropolsky.

According to him, practically from the moment the snow cover disappears until the beginning of winter, it is impossible to burn a fire on the site at a wind speed of more than 10 meters per second. In addition, the distance from the fireplace to the nearest buildings must be at least 30 meters.

“We all understand, given that our land plots are mainly from 6 to 12 acres, it is physically impossible to fulfill this requirement,” he said.

The lawyer recalled that according to the new rules, the diameter of the fire pit should be less than one meter, and the depth – from 30 centimeters.

According to Petropolsky, in fact, due to fire regulations, it is impossible
burn grass, branches or hay on the site. For this, a fine of up to four thousand rubles threatens. Quadrocopters can be used for photo and video recording of violations. The lawyer also warned that payment of one fine does not give immunity from subsequent ones.

“It will be possible to fry kebabs, but only in a stove or on a grill, which should be no closer than five meters from trees and buildings. Otherwise, a fine will also await you, ”the expert clarified.

The new fire regulations were approved by the government in September last year and went into effect in January. They will be valid for five years.