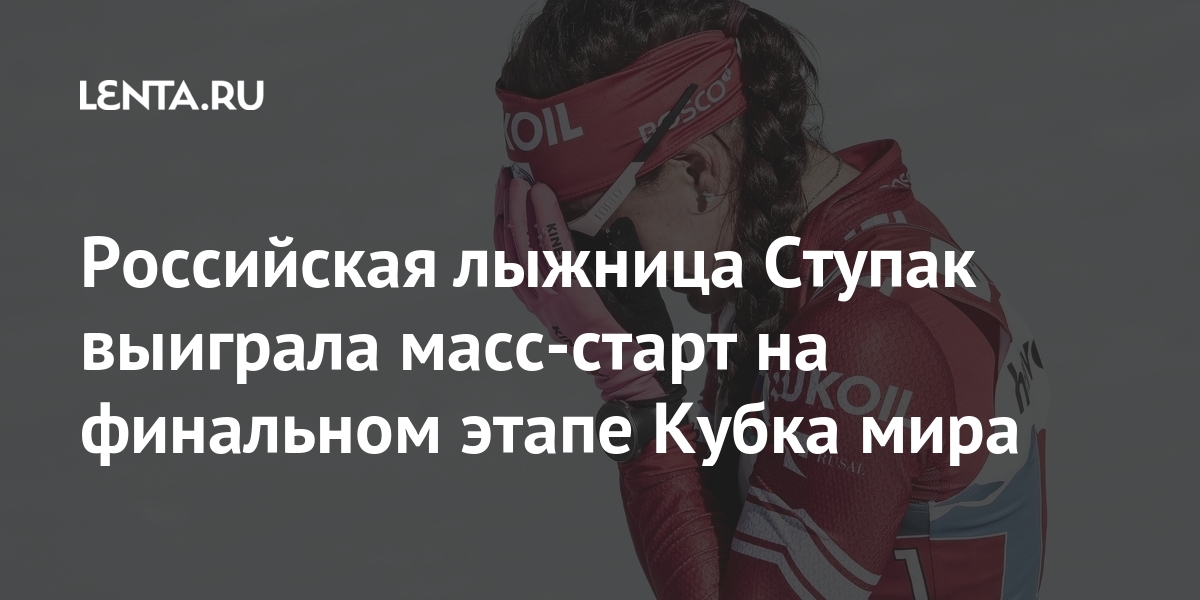 Russian skier Yulia Stupak won gold in the mass start at the final stage of the World Cup in Engadine, Switzerland. The correspondent of “Lenta.ru” informs about it.

The athlete covered the 10-kilometer distance in the classic style in 25 minutes and 13.3 seconds. Norwegian Heidi Veng finished second. The three of the strongest were closed by the Swede Ebba Anderson.

Another Russian woman was in the top ten. Tatiana Sorina took the ninth place, 36.4 seconds behind the leader.

Earlier on Saturday, March 13, Russian Alexander Bolshunov won the classic 15km race, beating runner-up Johannes Klebo by 18 seconds. The third place was taken by another Norwegian Paal Golberg. The final stage of the World Cup will end on March 14.

These are the companies that can access the 7,000 million grants