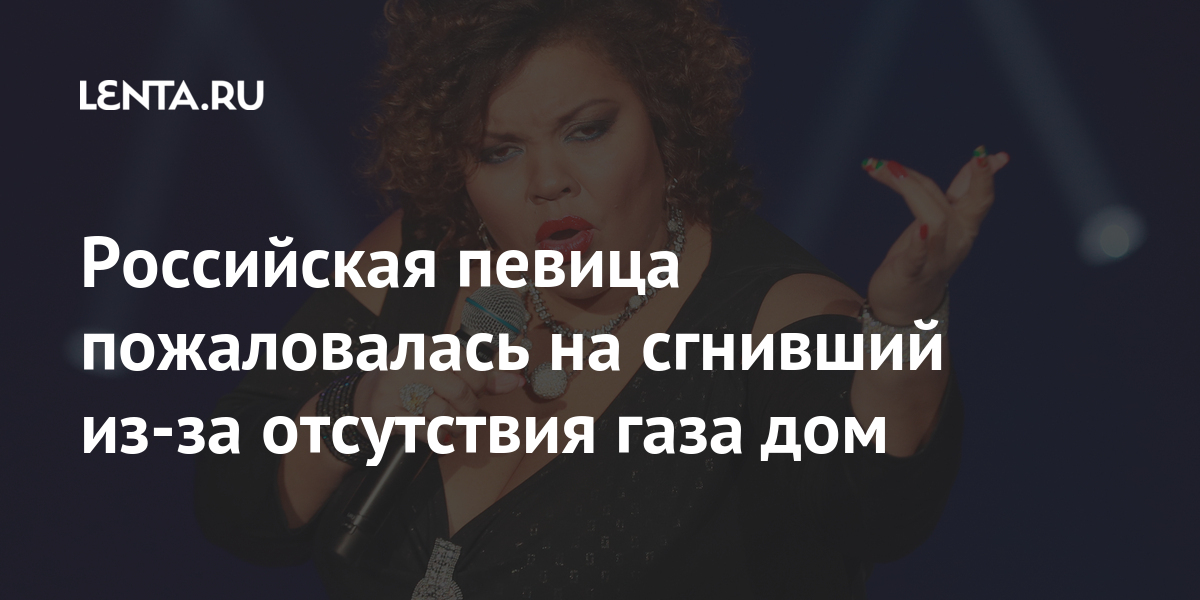 The Russian blues queen Victoria Pierre-Marie fell victim to unscrupulous sellers of suburban housing. The star bought a plot in one of the cottage villages of the Noginsky district of the Moscow region, built a house on it, but did not wait for the communications. As a result, the cottage rotted away, writes Moskovsky Komsomolets.

According to the publication, several years ago the singer and her musical director purchased a plot in the village of Tikhie Zori. The owner of the land, who was at the same time the chairman of the dacha partnership, promised the buyers land with utilities. Residents of the village have been waiting for gas and other amenities for years, while the village manager collected money from them for servicing the common area.

Renting an apartment in Russia is getting cheaper. What to choose: rent or mortgage?

Citizens did not wait for gas, electricity, or a normal road – there are still no communications in the village. Ultimately, Victoria Pierre-Marie filed a lawsuit against the enterprising woman – she demanded to collect money from her for non-compliance with the terms of the contract. But by that time, the village had a new chairman, and later it turned out that he was generally illegal – there were no documents indicating its existence.

“I built a house on my site, and now it is practically rotting and falling apart, because I can not supply either gas or electricity,” the singer complained. “Today my losses are already about 10 million rubles.” According to the woman, a 90-year-old war veteran lives in an unheated building next door.

The blues queen continues to sue the former head of the dacha partnership, with the latter ruling in favor of Pierre-Marie.

In November 2020, Russian songwriter Ilya Reznik advised impoverished stars who complained about a decrease in earnings due to the coronavirus pandemic to sell mansions and other real estate and live on the proceeds. The poet noted that celebrities are in a better position than other people.

Harley-Davidson: Nothing goes below 15,000 euros

Watch a sport .. the prestige of the champion!