Russian scientists warned about the degradation and extinction of mankind 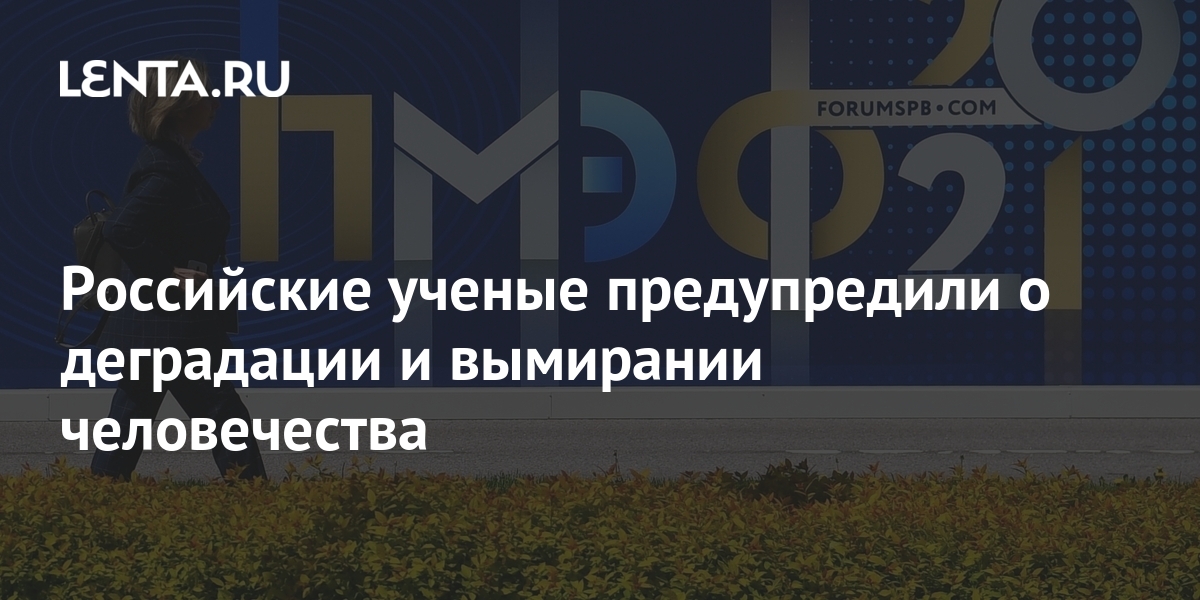 At the session “Science and Life. Facets of Humanity “during the St. Petersburg International Economic Forum, Russian scientists – a neurologist, a gynecologist and a geriatrician spoke about trends in society and science that suggest what the future awaits us, reports RIA News …

One of the country’s leading neurologists, director of the Scientific Center of Neurology, Doctor of Medical Sciences, Professor, Academician of the Russian Academy of Sciences Mikhail Piradov said that the mental health of Russians is weakening, and this can depersonalize the nation even with good physical parameters of people. People born between 1930 and 1980 have an IQ 20 percent higher than those born later, he said. In addition, most of them will have Alzheimer’s disease or vascular dementia by the age of 85.

“We can get a healthy generation that looks like nothing. If we want our human civilization to progress, (…) we must first of all now think not so much about health in general, but about our mental health, because the brain is us, ”Piradov said.

His colleague, scientist-gynecologist, corresponding member of the Russian Academy of Sciences, director of the D.O. Ott Research Institute of Obstetrics, Gynecology and Reproductology Igor Kogan added that the survival of the human population is also a concern. He expressed concern that 17-18 percent of married couples experience difficulties with pregnancy due to infertility. Only 20-30 percent reach childbirth. “This means that 70-80 percent of the products of conception (…) we lose on this or that path of human development,” the scientist noted.

According to Olga Tkacheva, geriatrician, director of the Russian Gerontological Research and Clinical Center of the Russian National Research Medical University named after N.I. Pirogov of the Russian Ministry of Health, it is important to develop geriatrics – the science of diseases of people in older age groups, the basics of prevention, diagnosis and rehabilitation. For a person in twenty and eighty years, the effectiveness of drugs and methods of treatment is different, therefore, the study of such features will allow you to prepare and contribute to an increase in life expectancy.

Earlier, on the sidelines of the SPIEF, Russian President Vladimir Putin assessed the possible growth of the Russian economy in 2021. At a meeting with representatives of the international investment community and foreign companies producing the Sputnik V vaccine, he noted that last year the Russian economy showed resistance to external shocks, which allows us to speak of growth this year.