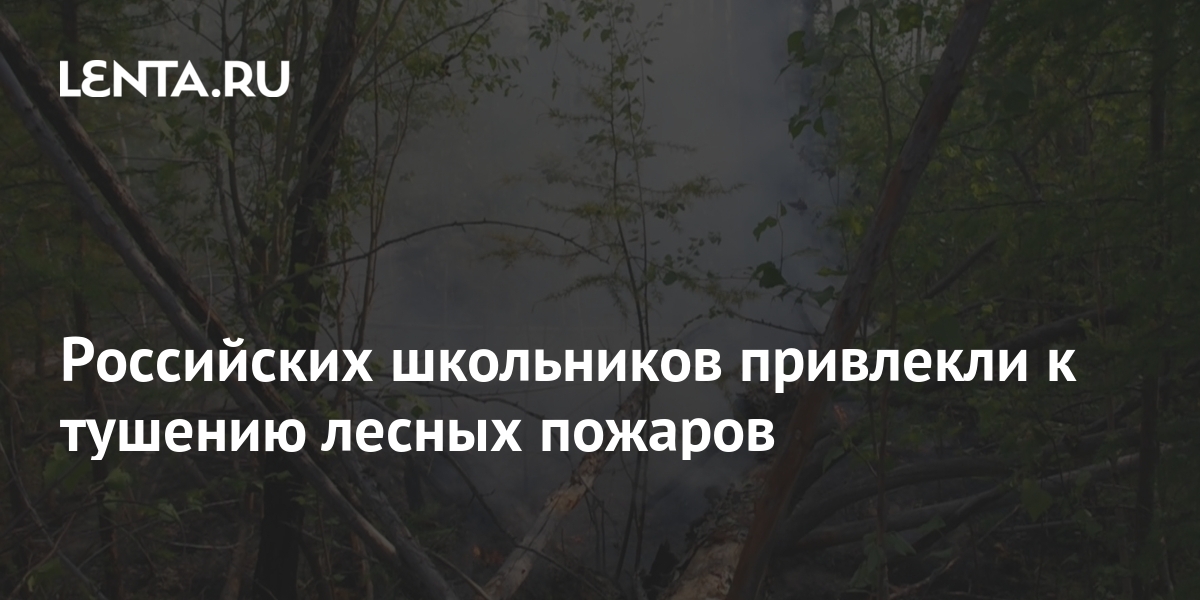 In Yakutia, schoolchildren were involved in extinguishing forest fires in the republic, Sakhapress reports.

The publication drew attention to a video that appeared on social networks, where two schoolchildren of the seventh and ninth grades participate in extinguishing a fire in the Nyurba district using firefighting backpacks. They also said that other schoolchildren were also fighting the fire.

After the publication, the head of the EDDS of the Nyurba region, Afanasy Kirillin, hastened to call the information about the involvement of children in extinguishing unreliable, saying that he understood the danger of children’s participation in the elimination of the outbreaks and did not allow this. However, after the objection of local journalists, he clarified that these two schoolchildren took part in the extinguishing voluntarily and with the consent of their parents.

In addition, according to him, they were involved in “guarding and observing the possible occurrence of a forest fire near the village”, and not directly to extinguish the fire.