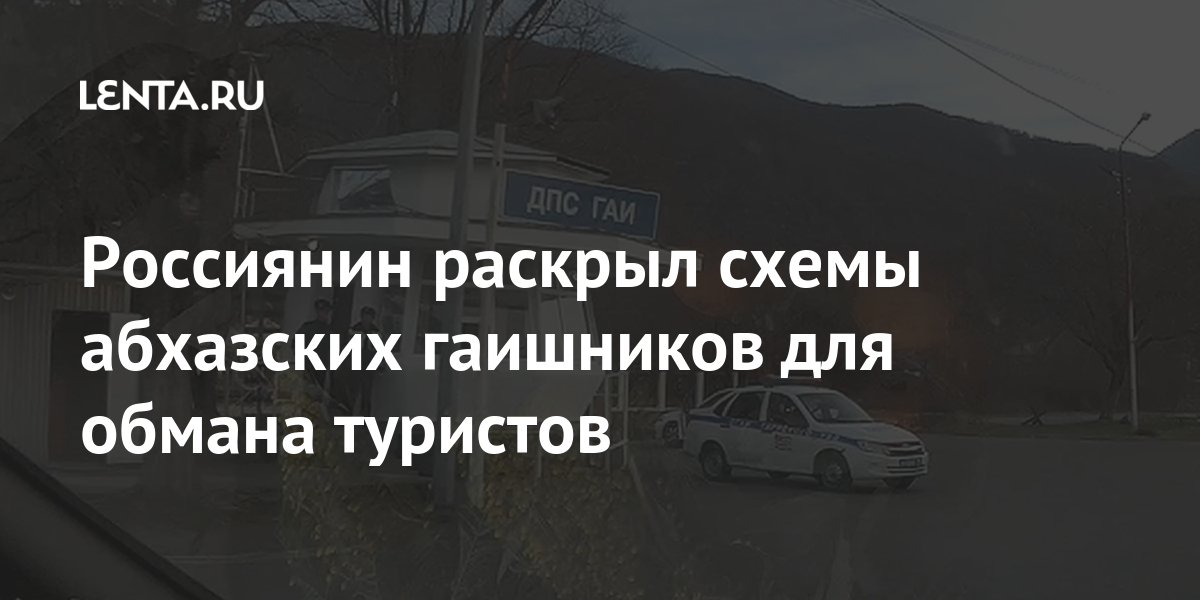 The Russian revealed the most popular schemes of Abkhazian traffic cops for deceiving tourists traveling on their own by car. The author of the blog TrueStory Travel shared his observations on the platform Yandex.Zen…

Also, the author of the article noted the blurring of local traffic rules, which is actively used by traffic cops. In particular, there are no clearly defined situations when a police officer can take away the driver’s license, which is why the document is withdrawn even for a minor violation.

“Of course, our tourists do not want to be left without a driver’s license in a foreign republic, so many pay on the spot,” the Russian stressed.

Nevertheless, the man said that the traffic police in Abkhazia are not very greedy and in the event of a frivolous violation, you can “negotiate” with them for several hundred rubles. “But sometimes you can leave a few thousand – here someone has a hanging tongue,” the author noted.

In addition, the blogger advised to travel around the region by car with Abkhaz license plates, as this would reduce the risk of “running into” a police officer. Another way to avoid an unwanted meeting is to go with a guide who knows all the peculiarities of local roads.

“In Abkhazia, the“ milking ”of Russian drivers has been put on stream,” the traveler summed up.

Earlier in March, a Russian tourist shared the most common cheating schemes by local sellers. So, very often vacationers are deceived when buying wine, as well as when ordering excursions at unreasonably high prices.

Moderna and Biontech: blood clots like at AstraZeneca? Surprising study

The ruling Senate bloc conditions Martín Guzmán: he demands that the new IMF disbursement not be used to pay debt