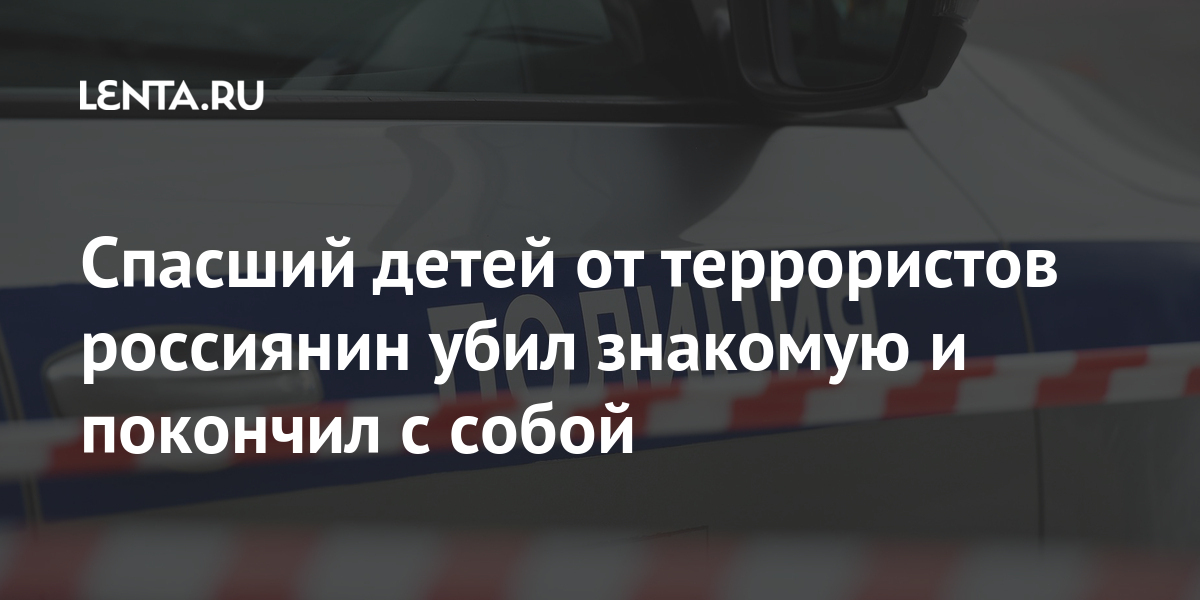 In Zelenograd, Russian Viktor Alpatov was found dead, who in 1988 was a member of the crew of an aircraft with terrorists in the Ossetian city of Ordzhonikidze (Vladikavkaz). According to preliminary data, the man killed an acquaintance, after which he committed suicide. On Monday, April 19, reports Telegram-channel “112”.

It is known that the man left a suicide note. “I only have one account with Sberbank … I don’t believe in justice. I have two government awards. One is for the release of hostage children, the second is for Afghanistan, ”the 112 channel quotes the text of the note.

According to MK, Alpatov was working as a flight operator at Ordzhonikidze airport when the terrorists requested a plane to Tel Aviv and a large sum of money in exchange for a bus with children they hijacked. The man had to accompany the gang and negotiate with their leader Pavel Yashkiyants.

On December 1, 1988, four criminals hijacked a bus with schoolchildren and a teacher in the Caucasus. For their lives, they demanded weapons, money in foreign currency, a cargo plane and the release of their comrade-in-arms from prison. The conditions were met, after which the children were rescued and the bandits were arrested.

Arrasate: “We are values ​​compared to money”