Russian regions with a high risk of wildfires are listed 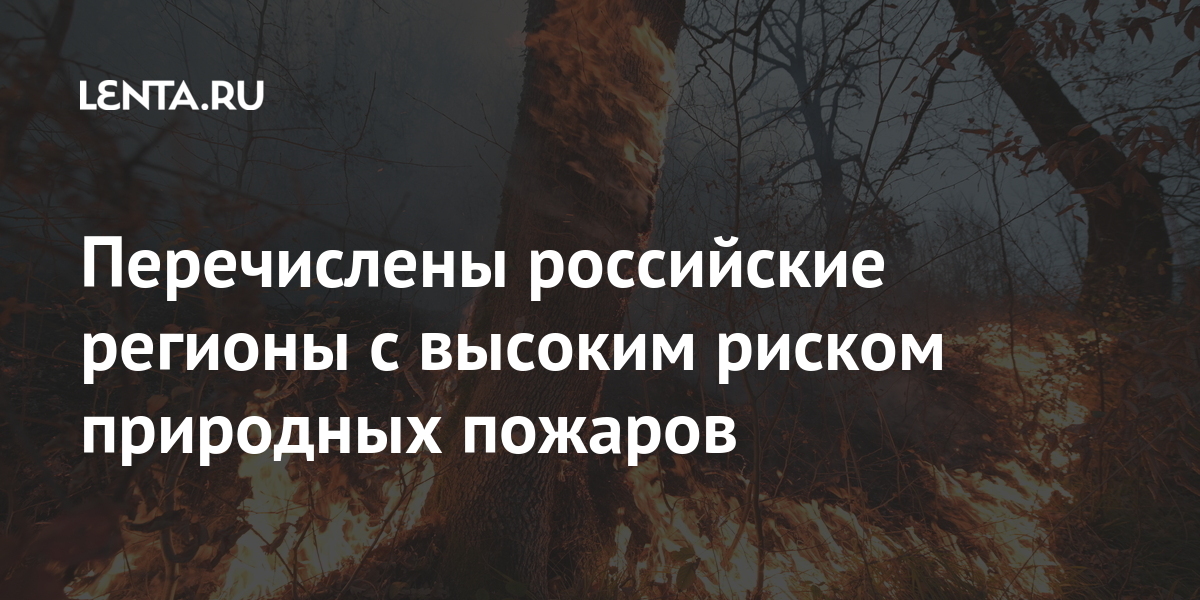 According to him, the fourth class of natural fire hazard out of five is declared on the western coast of the Caspian Sea, including in the east of the Volgograd region, Kalmykia, the Astrakhan region, as well as in the south of Buryatia and the Trans-Baikal Territory and the south-west of Primorye. Wilfand stressed that this situation is not typical for mid-April.

In December 2020, Russian experts spoke about an increase in the number of natural hazards in 2020, including an abnormally warm autumn, tundra fires and freezing rains. According to them, the trend towards an increase in climate-hazardous processes will continue in the future.