Russian referees refuse to kneel before the Champions League match 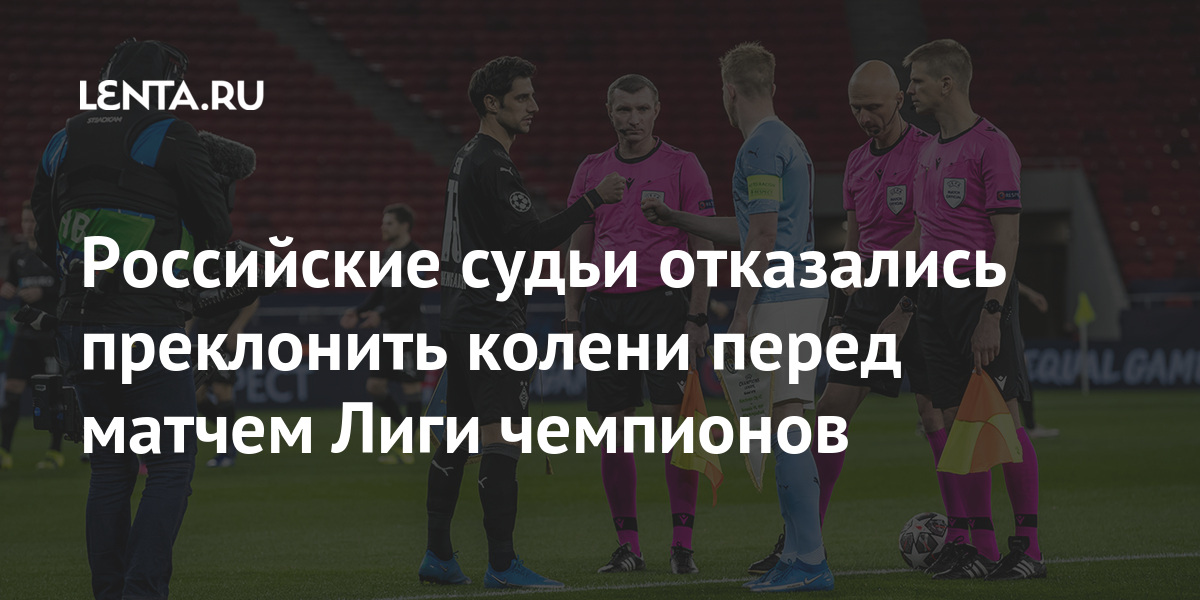 A team of Russian referees led by chief referee Sergei Karasev refused to kneel before the return match of the Champions League 1/8 finals between Manchester City and Borussia Mönchengladbach. Match preview is available at website Match TV.

Karasev, as well as Igor Demeshko and Maxim Gavrilin did not follow the example of the football players on the field and did not express solidarity with the Black Lives Matter movement, which opposes racism.

The match ended with the victory of Manchester City with a score of 2: 0. Following the results of the two-legged confrontation, the British advanced to the Champions League quarterfinals.

The kneeling promotion currently only continues in UEFA Champions League matches with English teams. In October last year, before the group stage match of the tournament, Krasnodar players also refused to kneel, for which they were criticized by British fans.

The kneeling action is linked to the Black Lives Matter movement, which is fighting racism. BLM members demand systemic changes.

Soviet rocket and American satellite missed each other in space