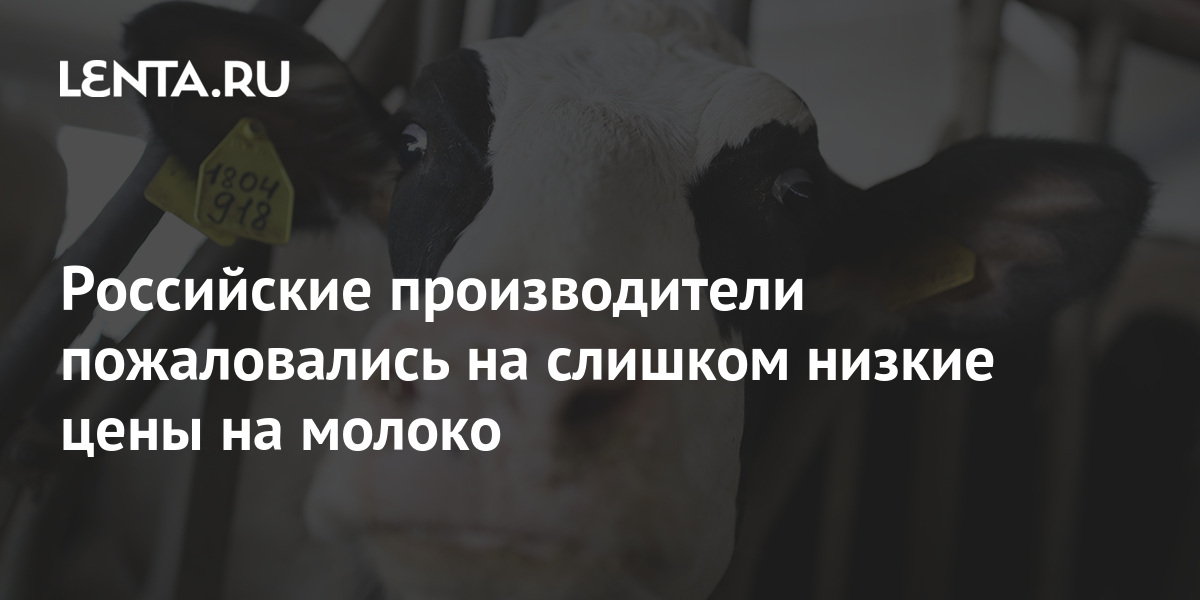 The cost of production of raw milk and finished dairy products in Russia is growing faster than the selling price, and this may lead to difficulties for the industry, said Artem Belov, general director of the National Union of Milk Producers (Soyuzmoloko), quoted by PRIME.

The organization calculated that in April, the cost of raw milk production increased by 18 percent compared with an increase of 9 percent in April last year. The selling price increased by only 4 percent.
As for the cost of finished dairy products, they increased in the range from 5 to 8 percent, while prices rose by an average of about 3 percent.

“We do not expect that there may be a significant cost adjustment in the near future. It is likely to remain at a fairly high level, and this may affect the willingness of investors to invest in the dairy industry and, in principle, on profitability. Small and medium-sized farms will be washed out of the market, contributing to the consolidation of the industry, ”Belov said.

He explained the growth in prime cost by the rise in the cost of fodder, fertilizers and energy resources, as well as an increase in wages and the situation with the exchange rate.

The authorities of the Krasnodar and Stavropol Territories have already pointed out the problem with the increase in the price of fertilizers, which have filed a complaint with the Ministry of Agriculture. At the same time, the representative of the agricultural sector noted that due to the rise in prices, the next year’s harvest may be at risk.

At the end of May, egg producers also complained about low prices for their products. To avoid shortages, the Ministry of Industry and Trade urged retailers to raise purchase prices.
The Ministry of Agriculture, in turn, offered chicken egg producers and retail chains to work on the basis of direct contracts.