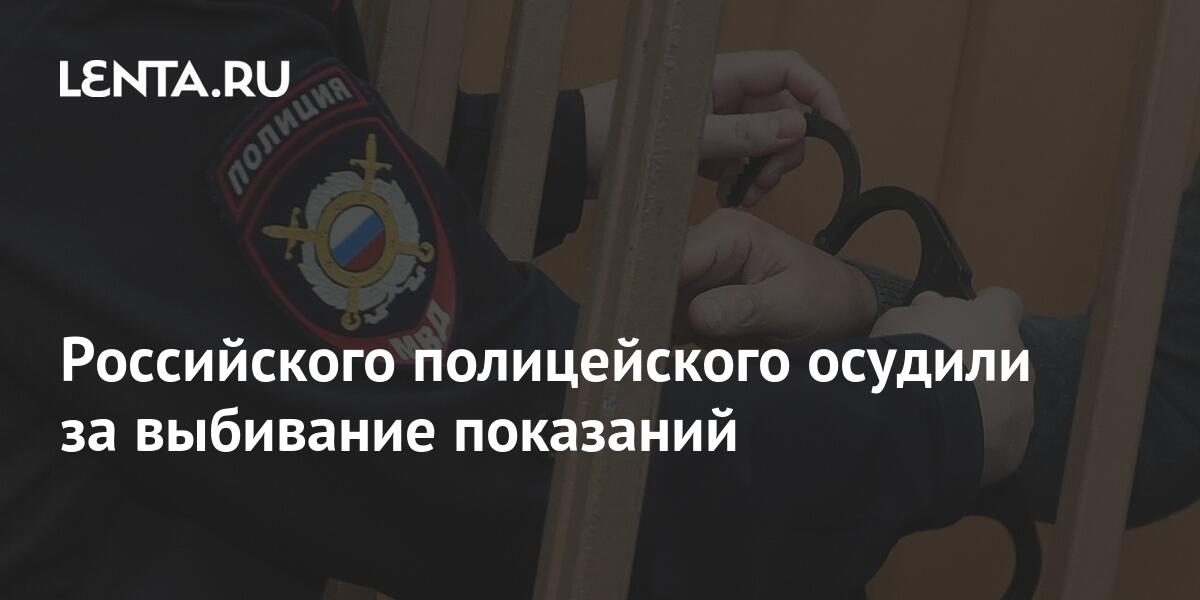 The Sterlitamak city court has appointed a suspended sentence to the detective of the city police department in the case of beating a detainee with his feet. This was reported to Lente.ru on Wednesday, February 16, in the press service of the Prosecutor’s Office of Bashkiria.

He was convicted under Articles 286 (“Abuse of power”) and 159 (“Fraud”) of the Criminal Code of the Russian Federation and given a six-year suspended sentence, and also deprived of the right to hold positions in law enforcement agencies for two years. Together with him, his colleague was also involved in the case, who was also sentenced to three years probation.

According to investigators, in February 2020, one of the defendants found a man who was using a stolen phone. In order to extract evidence from him, the law enforcement officer beat him with his feet and hands on his torso and head. In January 2021, police found a woman using a phone found on the street. They told her that she had committed a crime by not reporting the find and offered her a bribe of 40,000 rubles to avoid liability.

The prosecutor’s office is going to challenge the sentence of the detectives as too lenient.